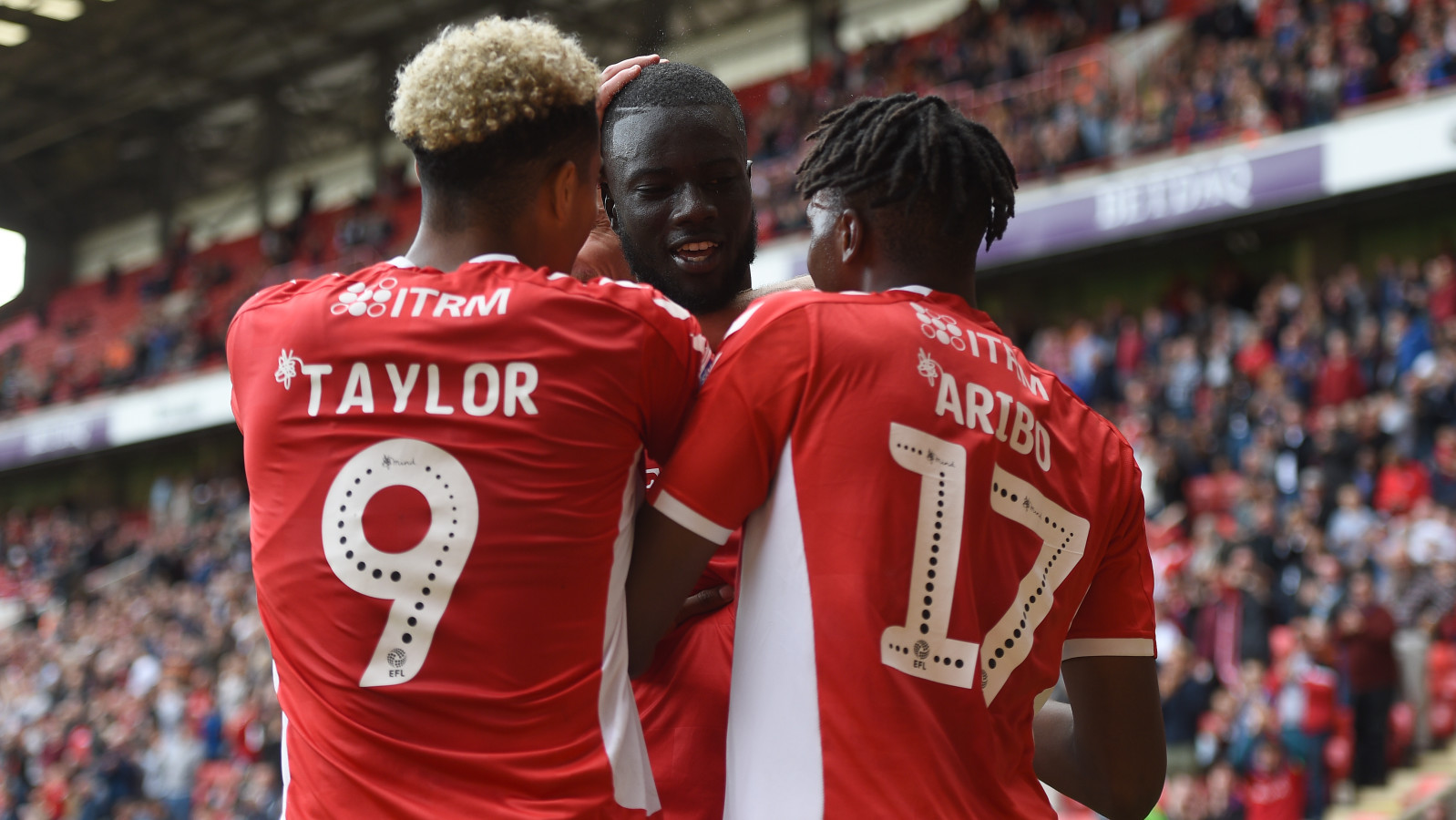 The win was the Addicks second in as many games and they will look to build momentum with players returning to fitness and new boys Josh Cullen and Jamie Ward set to return from international duty next week.

It wasn’t an easy three points though with Wycombe controlling much of the first half and taking a deserved seventh minute lead. A Sido Jombatti own goal before half time levelled it up and it was the introductions of Ben Reeves and George Lapslie shortly after the break that changed the game.

Lyle Taylor netted his fourth goal in his seven games since signing from AFC Wimbledon in the summer and Naby Sarr scored his second goal this week after scoring in the Checkatrade Trophy on Tuesday. A late Paris Cowan-Hall goal gave the Addicks a scare but they held on for the three points their second half performance deserved.

Bowyer made three changes to the side that beat Southend 2-1 last week. Jed Steer replaced Dillon Phillips in goal and impressed with his distribution throughout the game. Naby Sarr and Joe Aribo returned to the lineup for last week’s heroes Krystian Bielik (injured) and Josh Cullen (international duty).

The Addicks started brightly but the quick start didn’t last more than two minutes before a hungry Wycombe took control of the game.

The visitors took a seventh minute lead through Randell Williams who was given way too much time after a defensive breakdown from a simple throw-in from the right. The away side worked a three-on-two situation and Williams was able to take his time and curl the ball into the bottom corner of the net from outside the box.

At a fan meeting this week Bowyer told the Bromley Addicks that Lewis Page is the best crosser in the club and that was made clear when he produced his second assist of the season to level the scores. The Addicks showed their best football of the half just after the 30-minute mark with some nice play down the right after a Joe Aribo switch. The ball eventually found its way across the pitch out to Page via Taylor. The wing back's dangerous, driven cross fell to Wanderers’ Jombatti who tried to clear first time with Taylor waiting to pounce behind him. The ball came off the defender’s shin and looped into the goal off the back post levelling the game at 1-1.

A dull game suddenly came alive and Patrick Bauer cleared a Wycombe effort off the line before Grant was very well denied by the away side’s goalkeeper Ryan Allsop after a neat Nicky Ajose through ball.

Grant and Taylor then linked up well to create what would have been a goal of the season contender just before half-time. Grant collected a ball on the break and strode away from his defenders into the right channel. He then chipped a cross to the back post where Taylor caught it sweatly with a scissor kick which went just over the bar of the grateful Allsop.

The second half, like the first, started slowly before it really kicked into action. Wycombe again had the better of the early stages with Charlton giving away silly free kicks as the game slowed down at a pace more suitable to the visitors.

The introductions of Reeves and Lapslie off the Addicks bench, for the injured Nicky Ajose and Darren Pratley, made a real difference as the pair added impetus and linked the defence and attack neatly.

Lapslie gave the away side a warning when he beat his man on the right and crossed well for Bauer who headed just over in the 65th minute.

Steer nearly had an assist on his Addicks league debut when his clever, long kick put Taylor through on goal. Allsop came out bravely to deny the talented striker taking him out in the process.

Minutes later the Addicks were 2-1 up which against started from a Steer kick. Aribo eventually collected on the left and advanced into the penalty area, he threaded in Grant who got to the byline. The striker’s cross across the face of goal was just ahead of his striker partner but Bauer at the back post was able to get a toe to it back across goal where Taylor tapped in.

With 10 minutes to go Sarr made it 3-1 as he controlled a dangerous Reeves free kick and bundled the ball home.

It looked like the game was over but the visitors weren’t giving up and substitute Paris Cowan-Hall powered home a very good header from a late Wycombe corner to ensure a nervy stoppage time for Charlton supporters.

The Addicks held on though and it was Taylor, after a fantastic all around second half performance that did the customary tunnel jump.