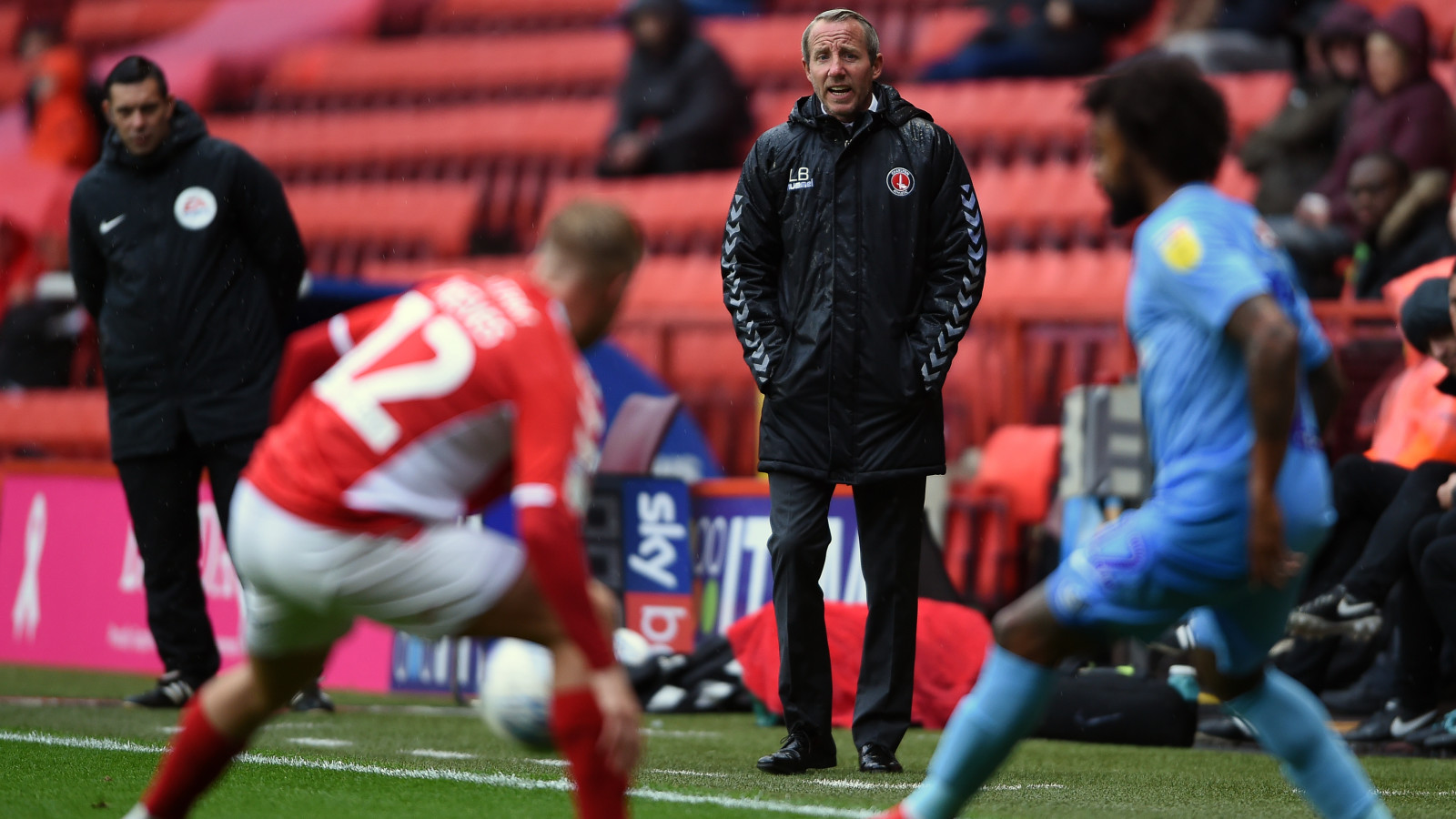 A frustrated Lee Bowyer bemoaned missed chances and defensive errors after the Addicks lost 2-1 at home to Coventry City.

Charlton controlled much of the first 80 minutes but two late goals from Amadou Bakayoko meant the visitors took home the three points.

The Addicks had 60% of possession with 15 shots on goal and seven on target and after the game Bowyer said: “We just switched off. Maybe they think it is too easy because we were in full control of that second half. We attacked when we wanted. We were solid underneath the ball. We contained everything that they tried to throw at us and then all of a sudden they go bang, bang and take the three points.

“The first half we have to take our chances again. In the second half we had a few chances. We can’t keep doing that. The football at times is great to watch, they are playing so well. This last week, obviously Luton, Scunny and today, they’ve played well in every game and we’ve got one point. One point from winning today to see the game out. Scunthorpe score three away from home, play really well and we just had a mad day at the office defensively. You add another six points, which we should have had over the last two games, then we’re sitting second. It sounds crazy but it is a fact.”

Bowyer also referenced the impact of missing injured duo Patrick Bauer and Lewis Page which he said left the Charlton defence unbalanced. He said: “Not one team has outplayed us, no-one is out fighting us and that was our problem last season. Before I took over teams were outfighting us and we were just a bit weak. Now we’re competing and we’re playing and all of a sudden we’ve started conceding these poor goals. That’s not us, that’s not what we do. We keep clean sheets and you might concede one in two or three, not nine! Nine in three we’ve conceded, it just shows what a big miss Pat (Bauer) is. He’s a big part of our back four.”

The Addicks now have an international break and Bowyer is looking to use the opportunity to recharge his team’s batteries.

His full interview will be on Valley Pass shortly.