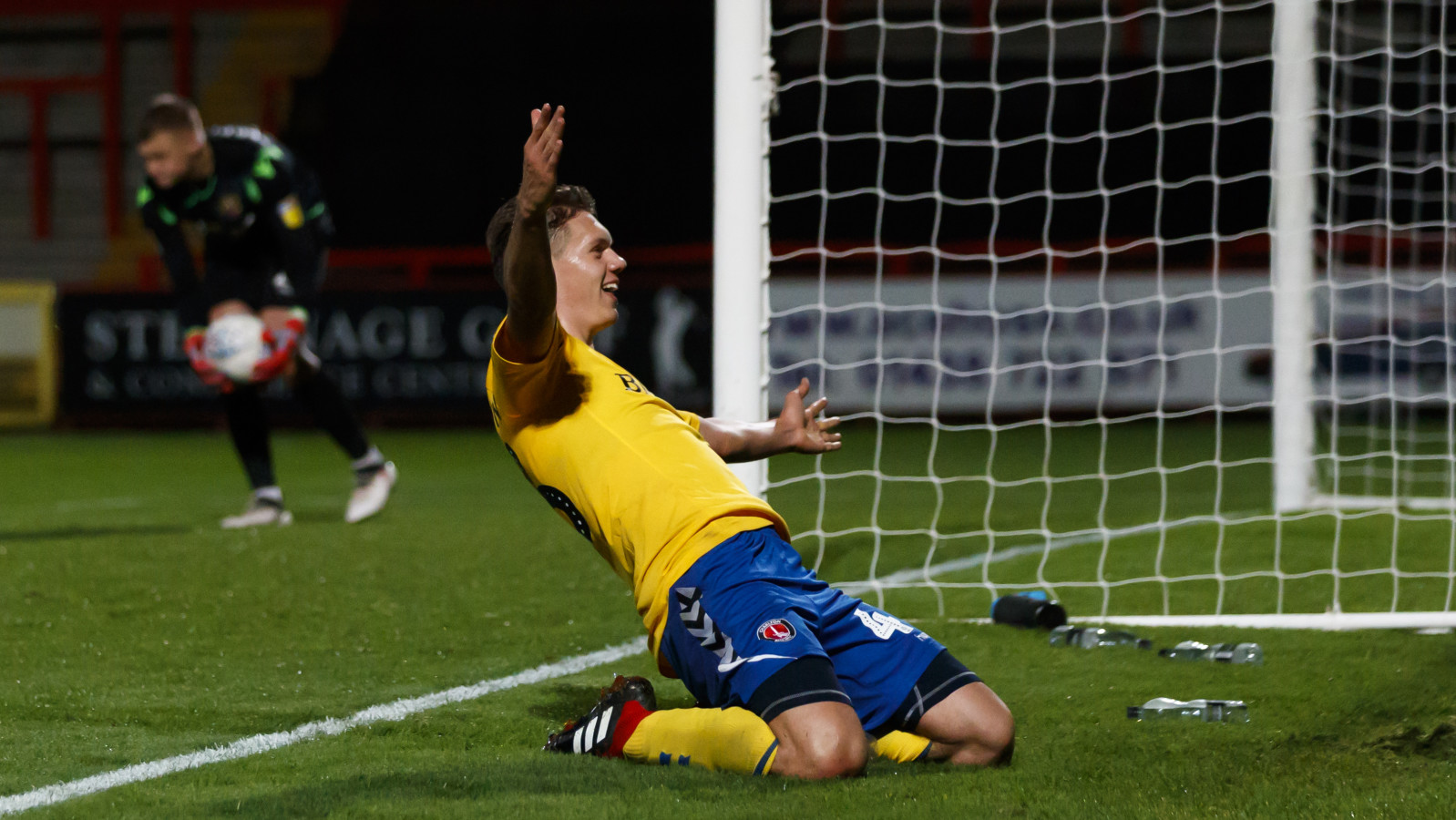 It was quite a senior debut for 18-year-old, left wing back Toby Stevenson.

The youngster became the first Charlton player to score a hat-trick on debut in a new club record 8-0 win away to Stevenage in the Checkatrade Trophy.

A giddy Stevenson spoke with a smile across his face throughout his post-match interview, available in full on Valley Pass.

He said: “It was a great experience for me. I’m really grateful to the gaffer for putting me in and to Jason [Euell] for recommending me to him. It was brilliant.

“Playing wing-back, I thought why not get myself into the box if I could. I wanted to take any chances I could and two obviously came along and then I hit the crossbar but it was a brilliant experience and hopefully there will be many more to come.

“It’s good to be part of history. It was a good experience to be in a side scoring lots of goals and defensively we were all switched on. Everyone played superb I thought.

A summer signing from Leyton Orient Stevenson, who can also play centre-half, revealed “I don’t really score that much, to be fair.”

There were no signs of that in the goals he took. The first a powerful smashed goal attacking the back post, the second a pearler from outside the area with his weaker right foot and the third a calm penalty to secure the debut hat-trick.

He said: “I couldn’t even tell you what was going through my head when that first goal went in. The second one was a great goal – I’m left footed as well! It’s one of my best.

“I’ve got to thank Nicky (Ajose) for giving me the penalty to get my hat-trick. It took him a bit for him to give it to me – so I have to thank him – and I wouldn’t have my hands on the match-ball otherwise.

“I knew where I wanted to place the penalty and I just had to hope that it went in.”

Stevenson was playing in a side which included the experienced Darren Pratley, Nicky Ajose, Igor Vetokele and Jamie Ward. He said: “I think it helps you a lot when you are playing with experienced players, talking to you, helping you positionally off the ball. It’s a big help for any young player.”

Despite the goals, he wasn’t forgetting his defensive duties: “One of the main things I look for (is a clean sheet). As a defender you want a clean sheet, it was brilliant as a team and a back five.”

And what happens next, is he eyeing a spot in Lee Bowyer’s starting XI? “I’ve just to keep working hard, keep doing what I’m doing, keep performing well and try my best every time.”

Either way, he is delighted to be at Charlton. He said: “It’s a great club, I had a chance to come here and I wanted to sign, it’s a great club, all the people here, all the boys are lovely lads. It’s a good club to be at.”