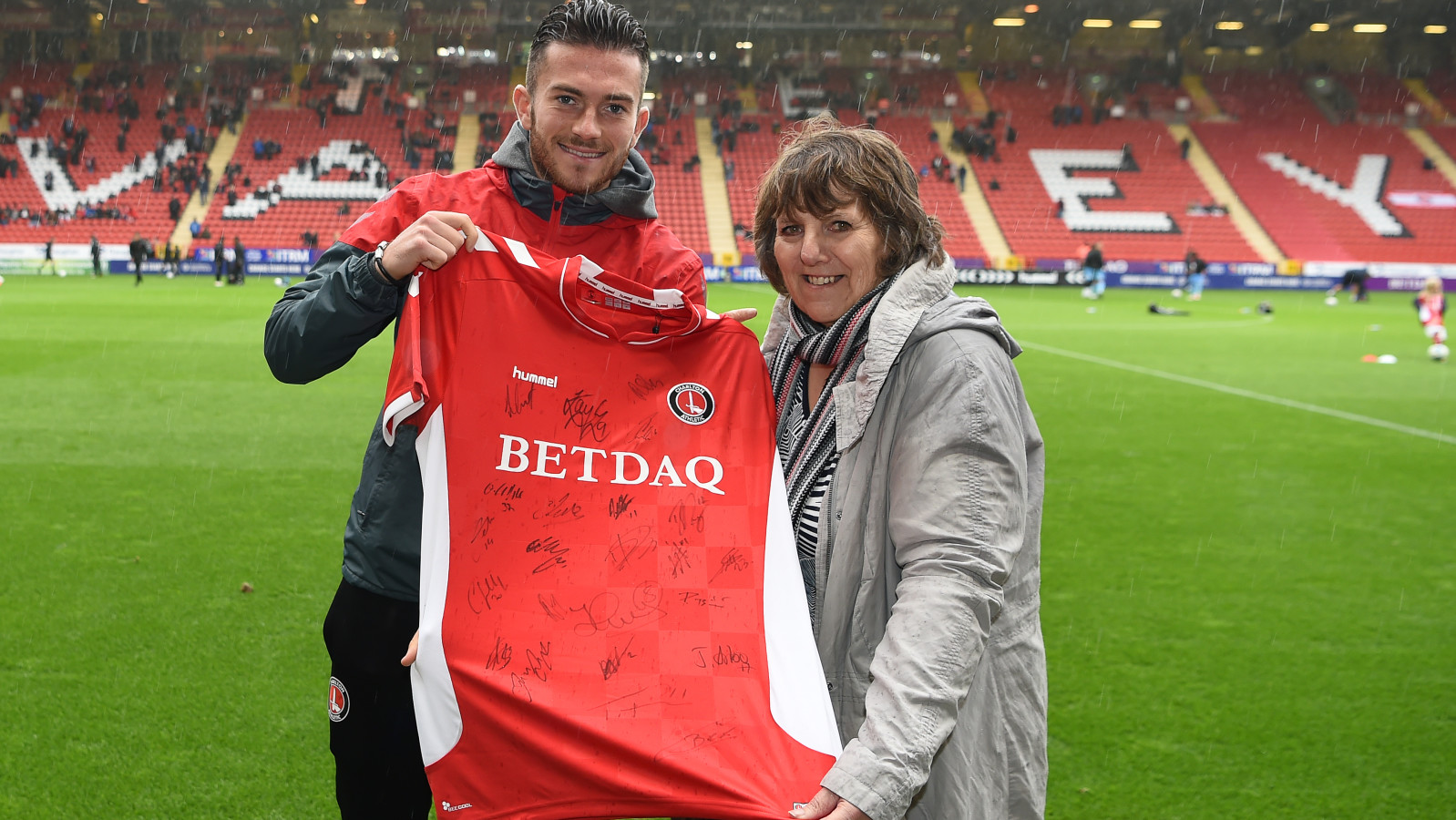 At the start of this season, BETDAQ launched the #PrideOfTheValley to reward die-hard Charlton fans. Each home league game, supporters will select a fan to win the reward and the individual will be presented with a signed shirt on the pitch.

This week, the East Kent Addicks group have selected Christine Rix, so we got a few words from her about her life with Charlton.

Why I became a Charlton fan…my uncle was an Arsenal fan so would attend their home matches. When they were away I would attend Charlton home games. My first game was at Highbury and the second was at The Valley. I also used to sell jackpot tickets when they were first introduced.

My first game at The Valley was…on September 1st 1962 v Luton Town. It was Keith Peacock's home league debut which we won 2-0.

My first away day with Charlton was… I went to quite a few away games with family, mostly against Portsmouth but the first away game with a friend travelling on the away coach was around 1963/4. I think we lost 1-0.

On 25th May 1998 I was… at Wembley with my daughter and granddaughter. It truly was the greatest game, the atmosphere was amazing. I remember coming home on the tube and my eight-year-old granddaughter leading the chanting as we were going through the foot tunnels.

My favourite Charlton game (not including the play-off final) is…I have two. Ipswich at home in the play-offs in May 1998 and the 4-2 victory at Arsenal in 2001. I remember everyone joking at half time about how many we would lose by!

My favourite Charlton player… has to be Keith Peacock. I was there at the start of his career and he has been such a wonderful servant of the club.

My favourite Charlton kit is … the white shirt with the red flash across the top from 1964/66. It's the one from my early days as a Charlton fan.

The best part of being a Charlton fan is…it's unpredictable to say the least but never boring. I have also made so many good friends along the way.

The Charlton player of the season will be… between Lyle Taylor for his goals getting us to the Championship and Jason Pearce for his defensive skills and leadership.

The game I am most looking forward to is… Portsmouth, we've had some great tussles with them throughout the years. I think they are the team we have played most often.

Tickets for Charlton's next match against Barnsley on Saturday, October 20th are on sale. All U18 tickets are just £1 for the game and they can be purchased online by clicking here.