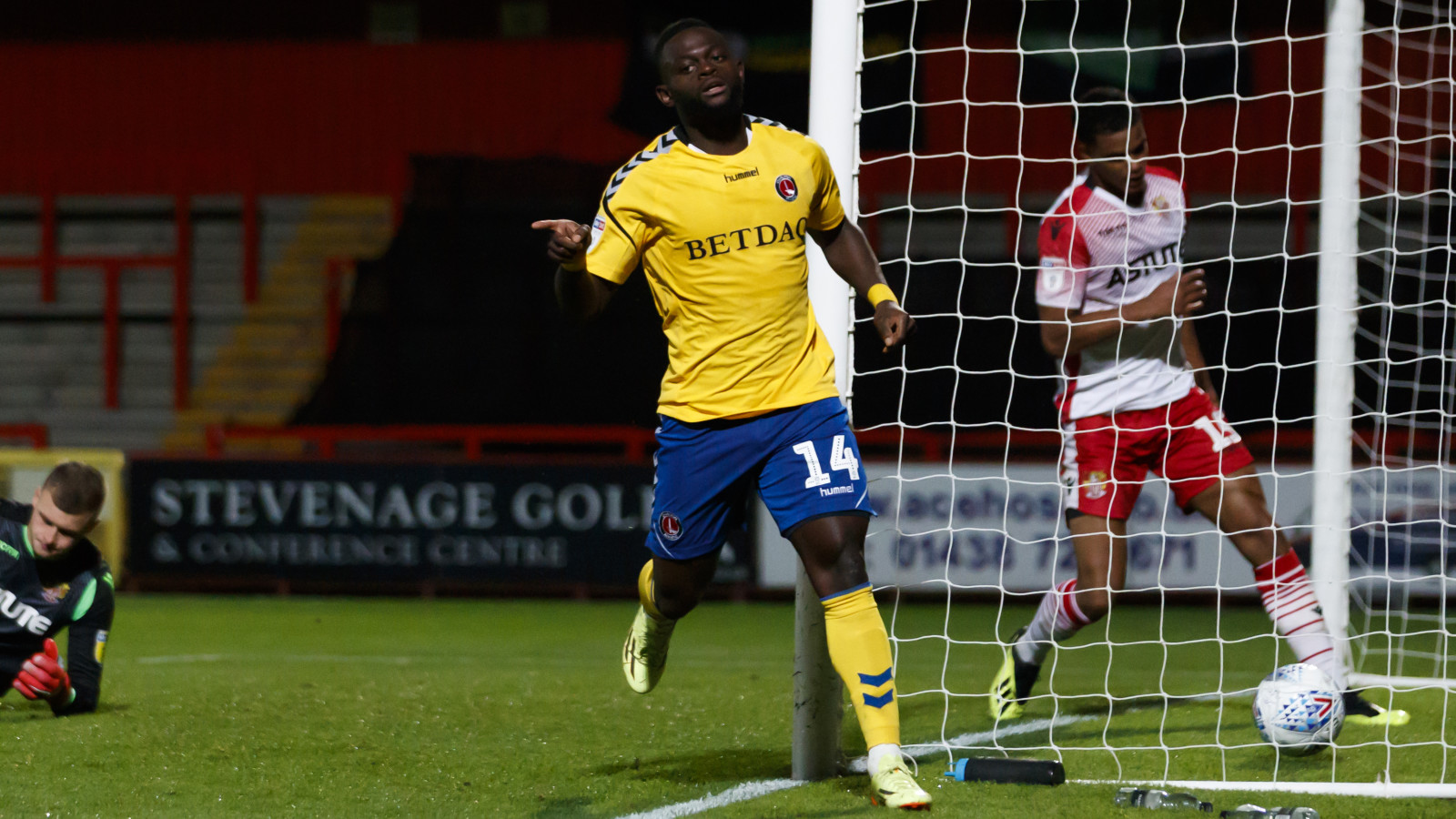 Igor Vetokele was delighted to be back on Charlton’s scoresheet in midweek and now he is determined to rediscover his early-Addicks form.

The frontman started his SE7 career in scintillating form back in 2014 and was named as the Sky Bet Championship's Player of the Month during August of that year.

Injuries hampered his second season at The Valley and, since then, he has spent two loan spells away from the club.

But now he is back in south-east London and, after scoring in Tuesday’s club-record 8-0 win at Stevenage in the Checkatrade Trophy, he revealed that he is very pleased to be representing the Addicks again.

“I’d been away for two seasons and I really wanted to come back and help Charlton to get back to where it belongs,” he said. “This is my first step and now I need to continue and keep working.

“First of all, I wanted stability. I didn’t want to have to move again. In my mind, I felt like I had to come back to Charlton – that’s what I said to my wife at the end of last season. That’s when I made up my mind.

“I asked the owner if I could come back and he said that I had a choice. I wanted to come back - it is not always in your hands - but I’m glad that I’m here now.”

Vetokele bagged eight goals during his first four months at Charlton, after signing from FC Copenhagen, and he wants to find his scoring touch again.

He said: “I can reach it but it is all about momentum. Everything needs to be right for me to get back to that level and I am really trying and doing my best to get back to it. Hopefully I can.

“Lyle and Karlan are doing really well now and, at the moment, I am a back-up. I have to show what I can do in the minutes that I do get, which is why it was good to get some goals and assists on Tuesday."

Vetokele has been credited with one goal on Tuesday night but he believes that Addicks’ fifth goal – currently down as George Lapslie’s – should also be his.

The strike is set to be put to the EFL’s dubious goals panel by the club.

Vetokele said: “Yes I got two goals. Brett [our analyst] can confirm it that I got two. I’m happy with the win and I’m pleased with the way that we played.

“We continued in the second half, after scoring three in the first half, and we had a lot of young players in the team as well. It was a good performance overall.”

Tickets for Charlton's next match against Barnsley on Saturday, October 20th are on sale. All U18 tickets are just £1 for the game and they can be purchased online by clicking here.