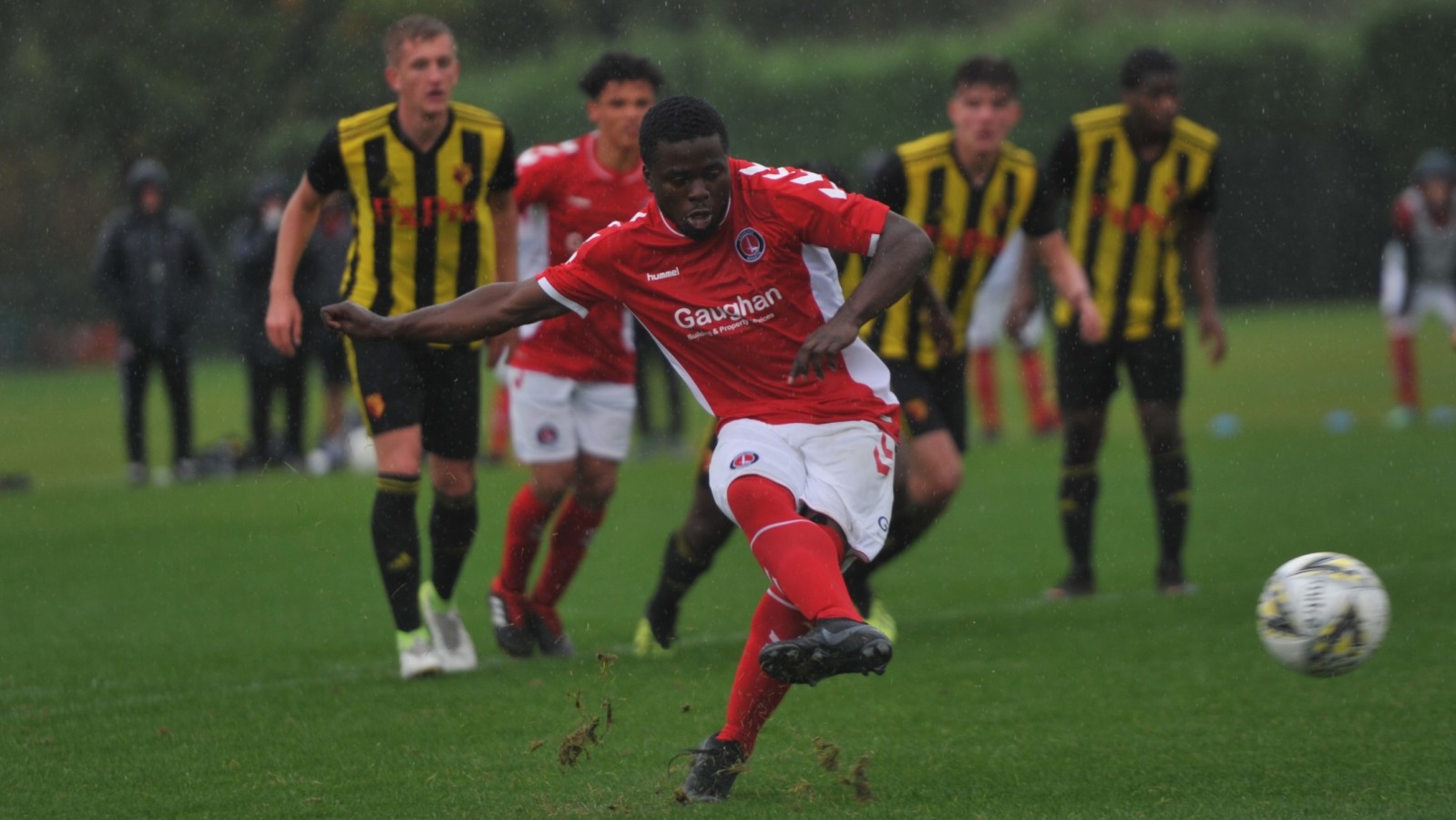 Sergei Baltacha’s side started brightly and went close to breaking the deadlock when Euan Williams sent a shot goalwards that Hornets stopper James Hoskins got his body behind.

The Addicks got their opener on 24 minutes. Williams did brilliantly to win possession in midfield and drove forward before feeding Gody on the right flank and he made himself half a yard before whipping in a low cross that strike-partner Isiaka turned home from close range.

The Hornets levelled a minute before the break when Ryan Cassidy headed home a right-wing cross. The Addicks would regain their lead just before the hour mark but, before that, Gody and Williams both forced Hoskins into second-half saves.

The Addicks’ second goal arrived on 57 minutes and came from the penalty spot. Following a foul on Kasim Aidoo, Gody stepped up and dispatched the ball into the corner from 12 yards.

A minute from time, they made the result safe. Chin shifted the ball onto his right foot and fired home from the edge of the box.