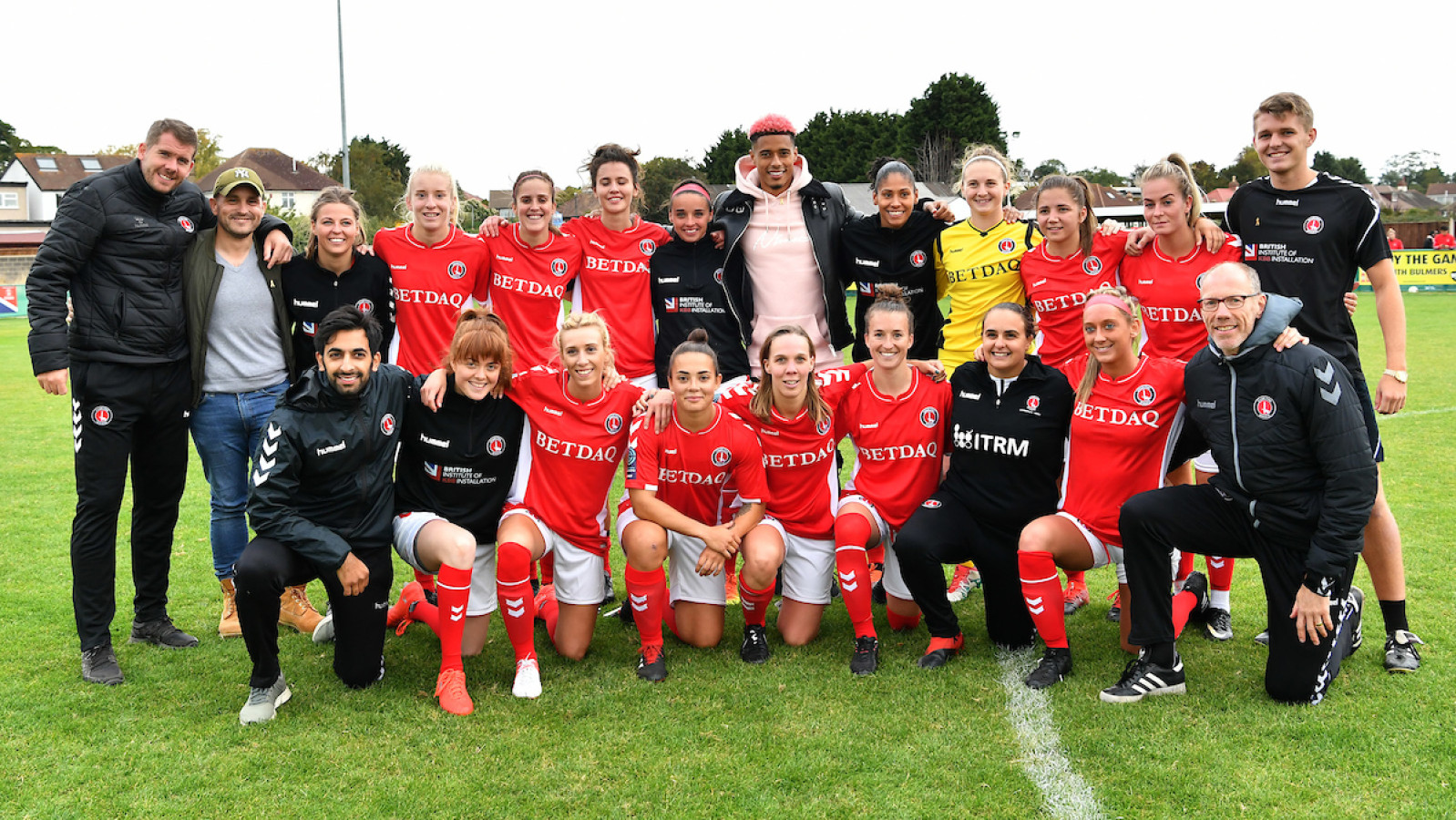 Riteesh Mishra’s team were promoted to the second-tier of women’s football last season and this weekend took on the might of Manchester United, a fully professional team.

Charlton Athletic Chairman Stephen King said: “We are very proud to be part of the Charlton family and the support we have received from the men’s team has been fantastic. Stepping up a level is very exciting but it presents new challenges and increased costs and the support we are receiving can only help with that.

“The attitude of the players reflects the relationship we have with the club. We are grateful for the support we continue to get from everybody involved with the club including access to the facilities at the training ground, use of their online ticketing website, kit as part of their deal with hummel, support across their digital channels and use of The Valley stadium for games twice a season.”

Vetokele is sponsoring Sunday’s home game against Sheffield United at The Oakwood in Crayford. Tickets cost just £5 and can be purchased here.

The Charlton Women’s team helped support Lyle Taylor’s Pink October campaign by dedicating a match sponsorship to his cause earlier this year and raising a further £125. A grateful Taylor said: “I am really pleased the Charlton family has got behind the campaign and the support of the women’s team has been fantastic. I went to watch them against Lewes and everyone was so warm and welcoming. They are supporting my cause and it was only right that I sponsor a game this season. I enjoyed watching them and I’m sure I’ll be down at The Oakwood again this season.”

Taylor is sponsoring the game against Crystal Palace on November 25th. The full list of sponsored games are below:

January 6th against Durham, all of the first team

May 12th against Leicester City, all of the first team