Bowyer on the strike partnership of Karlan Grant and Lyle Taylor 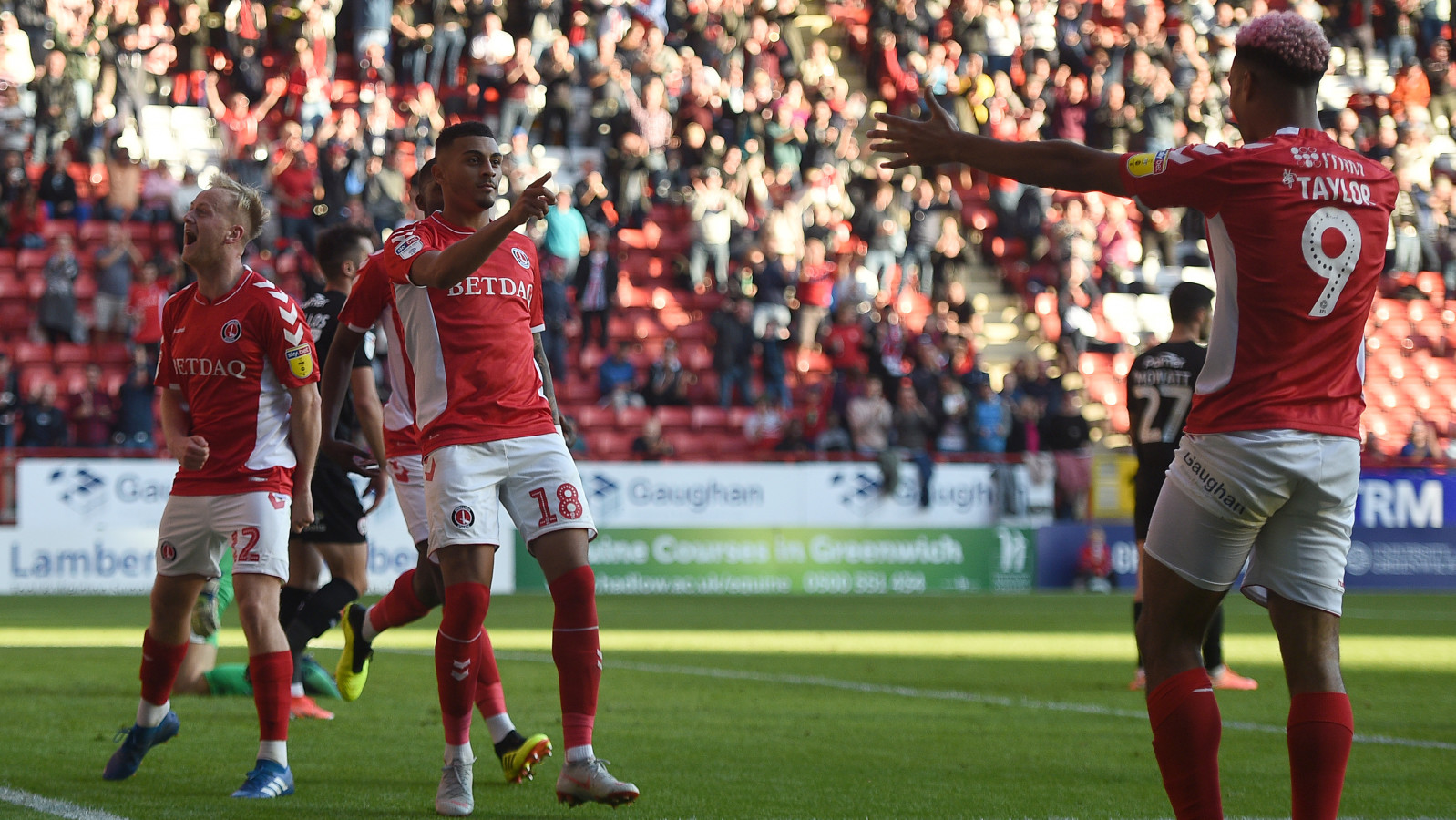 Lee Bowyer talked about the strike partnership of Lyle Taylor and Karlan Grant after the latter netted twice in Charlton’s 2-0 win at home to Barnsley.

The pair have each scored seven league goals for Charlton this season and combined well for Grant’s second in today’s victory.

Speaking after the game Bowyer’s praised the duo. He said: “You’ve got Lyle, your powerhouse and a hell of a finisher and you’ve got Karlan, the threat in behind and Lyle is not slow by the way! Lyle is quick. We’ve got a bit of everything with the pair of them. They keep doing what they are doing then we’ll keep winning games I’m sure.”

Bowyer also praised his defence and midfield and he was particularly impressed with Jamie Ward’s assist for the Addicks opener. He said: “What a pass for the first one! No-one normally sees that but that is the quality he (Ward) brings and then Karlan does what he does with his pace, he scares defenders. They drop-off and then he scores a great goal and then Lyle does the right thing (for Grant’s second goal). As I keep saying, they are looking for each other now, him and Karlan. He’s put one on a plate for him. I was really, really pleased for Karlan and for Lyle, because I know that next time Karlan is in that situation, he’ll be looking for Lyle. They will both keep scoring goals and lots of them because of the way they play and the way we play, we create chances, that’s what we do. We’ve got quality players in the middle of the park to provide for them as well.”

The Addicks striking options aren’t limited to Taylor and Grant, with Igor Vetokele scoring twice against Stevenage last week and Nicky Ajose also finding the net in the 8-0 win. Vetokele missed today’s game though which Bowyer explained: “I don’t think he’ll be ready for Tuesday. He was literally yesterday, in training, playing in little matches and he walked in as he’s pulled his groin a little bit. The physio is saying that he won’t be available for Tuesday, maybe (next) Saturday.”

The focus now moves to Tuesday’s game against Oxford Untied at The Valley. Bowyer said: “Today was a massive win I think and we’ve got to go on another run now.”

Bowyer on the "perfect performance"