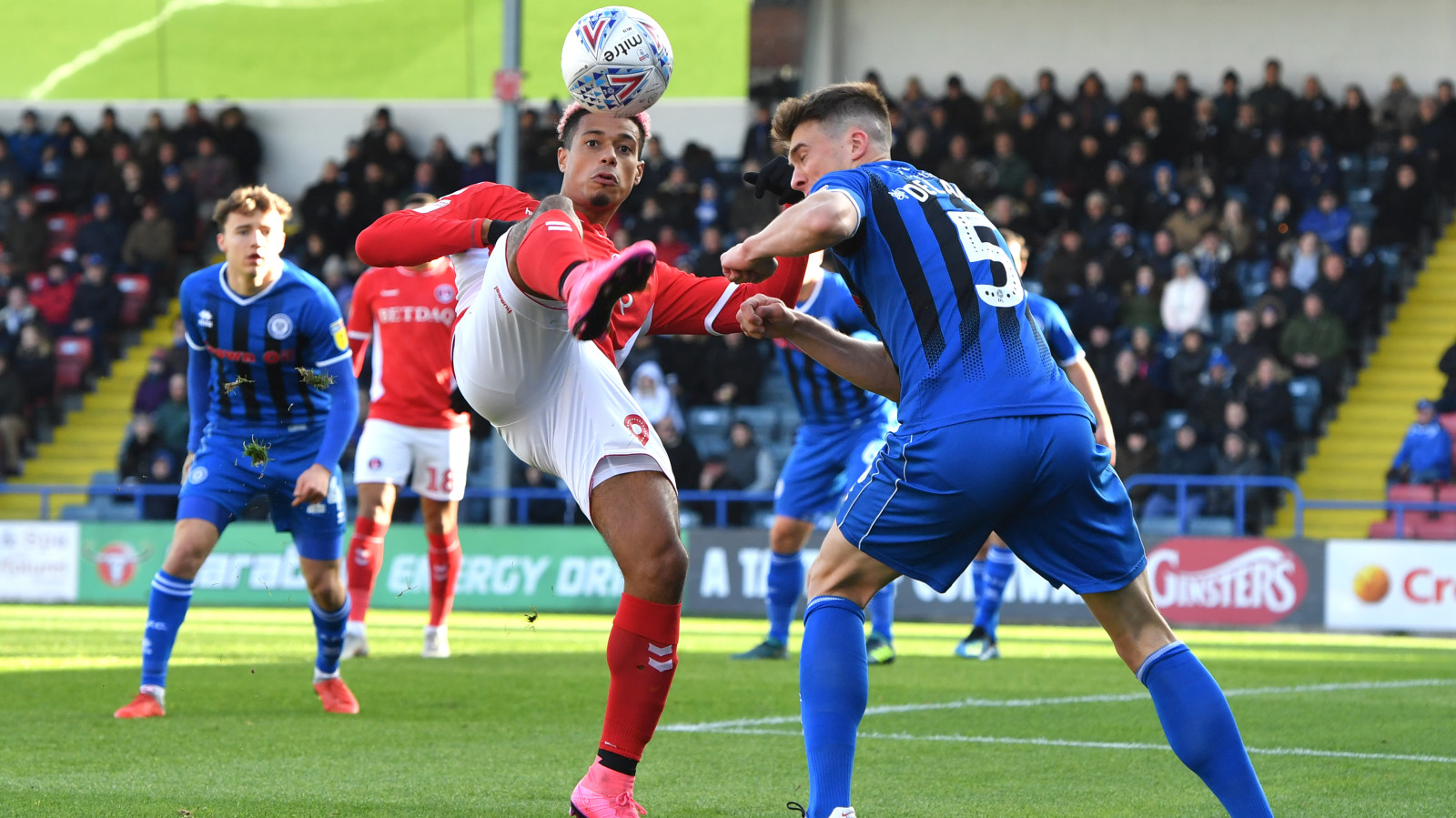 Charlton fell to defeat in Sky Bet League One on Saturday afternoon, losing by a single goal at Rochdale.

Ian Henderson’s early strike gave the hosts the lead and Brendan Moore’s penalty save from Lyle Taylor meant that the hosts held a half-time lead.

In the second half, Josh Cullen and Karlan Grant both had goals disallowed for offside but the Addicks – who struggled to get into any kind of rhythm - were unable to force an equaliser.

In terms of team news, Lee Bowyer made two changes to his starting XI from Tuesday’s 1-1 draw with Oxford United.

Krystian Bielik replaced Ben Reeves in midfield – with Darren Pratley keeping his place at centre-back – while Jamie Ward came in as a straight swap for Tariqe Fosu, who dropped to the bench.

The first effort of the game came in from Dale’s right-back Joe Rafferty on two minutes. He took aim from 20 yards but Jed Steer was able to dive to his left and make a comfortable save.

The hosts had stated brightly and they took the lead a couple of minutes later. Stephen Dooley got to the byline and dug out a low cross that fell perfectly for Henderson, who made no mistake with his finish.

The Addicks almost levelled with 10 minutes gone. After a loose ball fell kindly for Ward on the half-way line, he fed Taylor who advanced forward before thumping a strike against the crossbar.

Five minutes later, Ward had a half chance himself when, having collected a lay-off from Grant, he shot wide from the edge of the box.

Charlton’s Grant then slashed an effort over the bar from inside the box, when he perhaps had a bit more time to set himself, and at the other end Dale went close to making it 2-0 when Jordan Williams dragged a strike just off target.

The Addicks had a great chance to level on 20 minutes. After Pratley headed a free-kick at goal, he was flattened by home stopper Brendan Moore, giving referee Andy Haines no choice other than to point to the penalty spot.

The goalkeeper redeemed himself, though, by diving to his right to keep out Taylor’s powerful spot-kick.

The save prevented Taylor from claiming his ninth goal of the season and Charlton’s Steer then denied Williams from a Dale corner on the half-hour mark.

The Addicks stopper was called into action again five minutes later. He threw himself bravely at the feet of Williams, following a low cross, and Pratley then made a brilliant block after the loose ball had fallen kindly for Henderson.

Pratley was involved again seconds before the break, this time back in the Rochdale box. He appeared to be bundled to the floor but this time referee Haines waved away the penalty appeals.

The Addicks trailed at the mid-way point and a half-time change saw Reeves replace Bielik. The second period’s first chance fell the visitors’ way. Cullen curled a free-kick into the box but Jason Pearce’s header had too much on it and sailed wide.

Taylor fired an on-the-turn strike over the bar just before the hour mark and five minutes afterwards the Addicks, who were beginning to get on top, came so close to levelling.

Josh Cullen let fly from 20 yards and home goalkeeper Moore flew to his right to tip the midfielder’s strike onto the post. Cullen then thought he had levelled moments later.

He hit a free-kick from a near identical position in which he’d struck the post from moments earlier and this time Moore could only spill it into his own net. The linesman’s flag was up against a man in red, though, and it was ruled out for offside.

At the other end, Steer made a superb save to keep out Brad Inman’s point-blank header and on 74 minutes Pearce got in an important block to deny the same Rochdale man.

Grant had the ball in the net for the Addicks on 76 minutes when he lobbed Moore, having collected a Pratley through ball, but the same linesman’s flag was up for offside.

A brilliant headed block from Harrison McGahey diverted a corner-bound Joe Aribo strike over the crossbar on 78 minutes and a minute from time substitute Igor Vetokele glanced a Reeves free-kick narrowly wide.

Four minutes of stoppage time were indicated but Charlton were unable to create any more chances and Rochdale held firm to win.