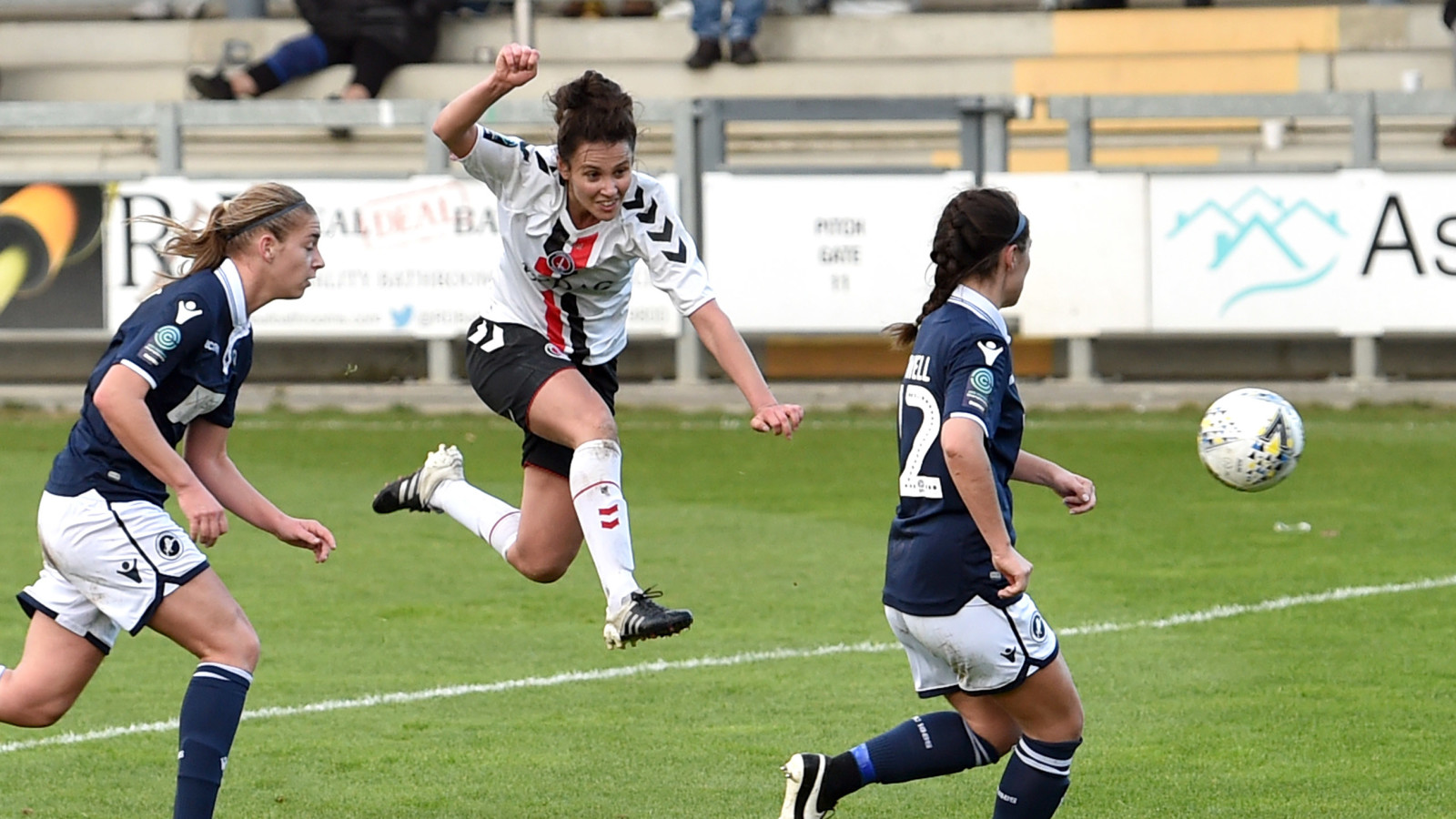 It was Millwall who started the game brightly, winning a corner just seconds after kick-off. They had two more in quick succession, but Charlton did well to clear their lines.

The first chance for Charlton came in the third minute with Agg finding herself in space at the edge of the box, however her effort flew just over the bar.

Moments later the Addicks won a corner, and the ball fell to Lilli Maple who fired a speculative effort a whisker past the post.

The Addicks then started to dominate possession and their attacking persistence was rewarded in the 24th minute when Ejupi opened the scoring with a neat finish.

Two minutes later Charlton doubled their advantage with Agg finding the back of the net after a well-worked midfield move.

The visitors made it three on the half hour mark with Ejupi netting her second of the game. The Millwall defence failed to clear their lines and the attacker was there to poke the ball home.

The Addicks worked some fantastic moves, cutting through the entire Millwall team. They netted two goals in quick succession shortly before the interval, through Ejupi`s hat-trick and Gurr.

After an initial save from Millwall keeper Chloe Sansom, the defence again failed to clear their lines and Gurr was there to slam the ball into the back of the net to make it 5-0 at the break.

The start of the second period was an open one, with neither team creating any meaningful chances in the opening stages.

Agg almost bagged her second in the 53rd minute after a lovely cross from Graham, but her header went just wide of the post.

Three minutes later Bowers scored a spectacular goal from 25 yards out, the ball fell to her feet and she slammed it into the top corner to make it 6-0.

Just one minute later Charlton made it seven, with Ejupi getting her fourth and final goal of the afternoon, an outstanding performance from the striker.

With five minutes left on the clock Graham finally got her goal, coolly slotting the ball into the net from inside the box to round off a perfect day for the Addicks.

Charlton remain third in the FA Women’s Championship, level on points with Manchester United who have a game in hand. Next up is another derby, with London Bees next Sunday`s opponents at The Oakwood, 2pm kick-off. Tickets can be purchased online here.