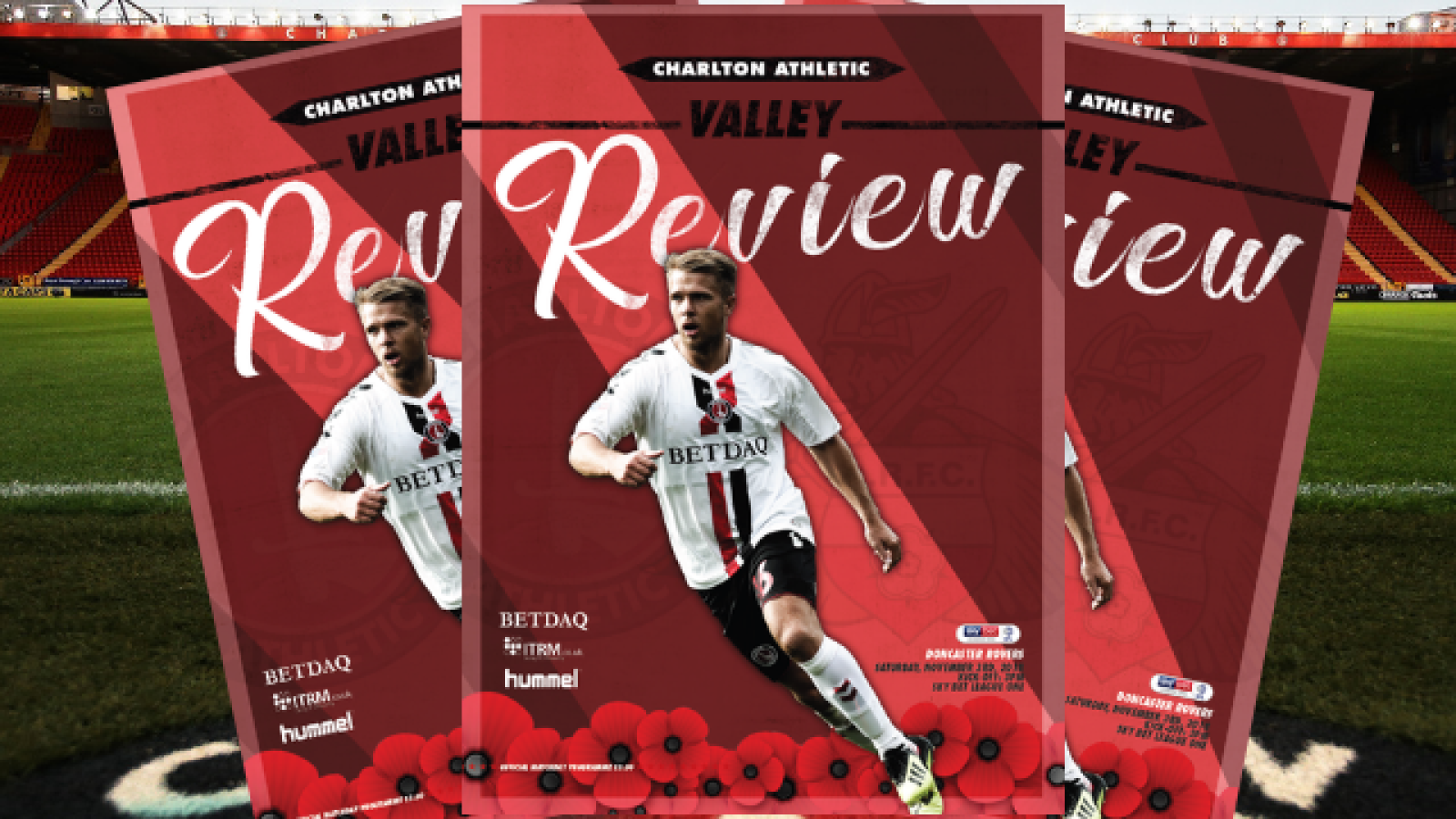 Jamie Ward features as the main interview in Saturday’s matchday programme as the club celebrate Armed Forces Day at The Valley.

The Nottingham Forest loanee features on the poppy-themed cover and discusses recent results and the mood in the camp, as well as his journey as a professional, hid difficult transition between East Midland rivals Derby County and Forest and his time spent on the international scene.

Elsewhere, a bumper history piece tells the story of Geoffrey Reynolds, Charlton’s forgotten Normandy hero and there is news of how the The Valley will be paying tribute to the three fallen heroes connected to the club who gave up their lives in the First World War.

The popular My Addicks XI feature sees Johnnie Jackson step up as the next legend to pick his best teammates XI from his playing days at The Valley, while, as usual, Past Encounters takes a look back at four memorable games against Saturday’s opponents.

There is also a very special Fan Focus with superfan Seb Lewis who answers questions about his time as a Charlton supporter as he prepares to attend his 1,00th consecutive first-team fixture.

All the latest academy and women’s team action is rounded up as well as all the latest news coming out of SE7 and all that and more can be found in Saturday’s £3 Valley Review in and around The Valley, as well as the Valley Superstore.