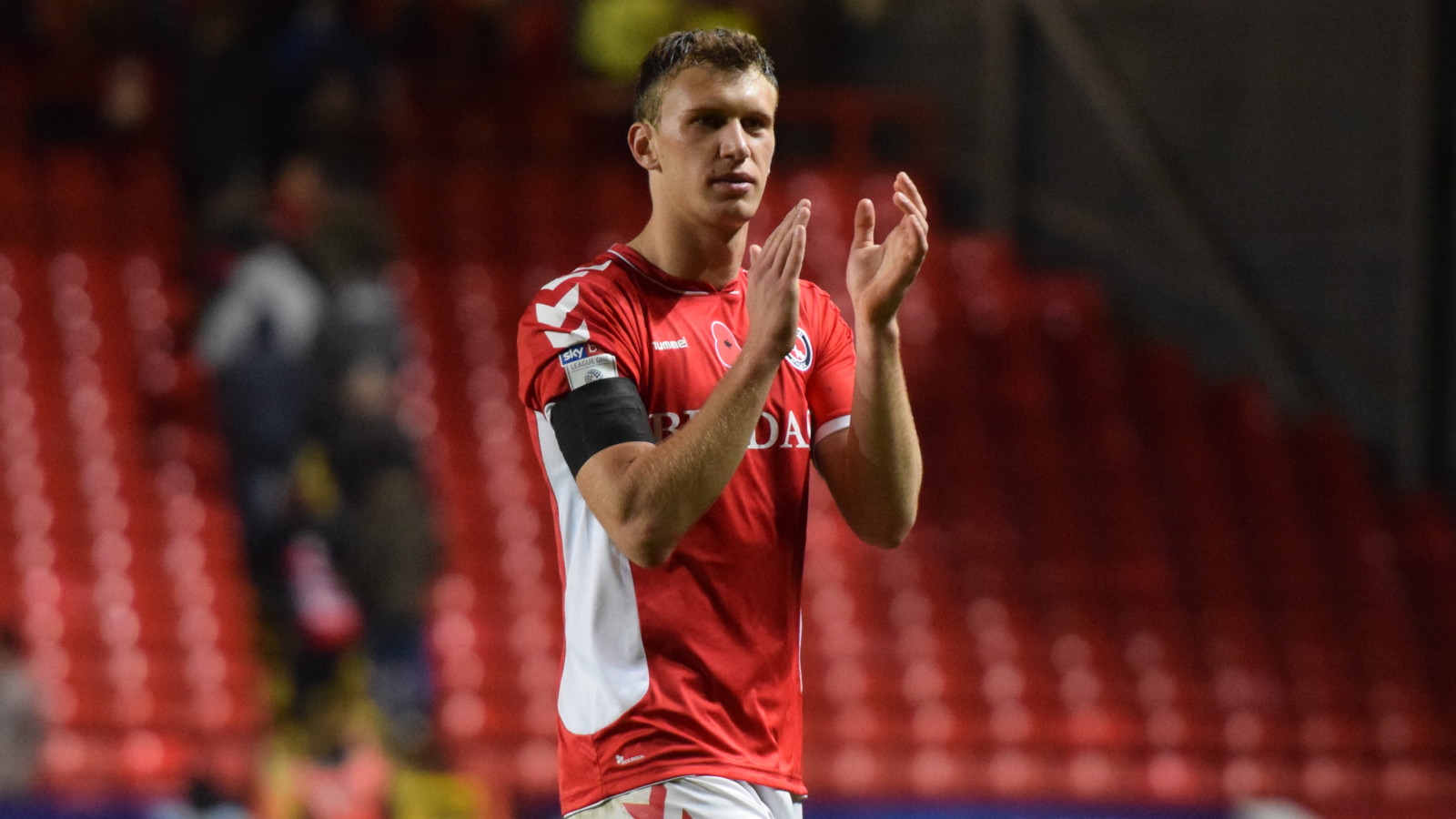 Krystian Bielik was a mountain again on Saturday as the Addicks beat Doncaster Rovers 2-0 at The Valley.

The Arsenal loanee gave his opponents nothing and also moved the ball forward with the calmness and quality that Charlton fans have already become accustomed to.

For the versatile 20-year-old it was his second game at centre-half alongside captain Jason Pearce and just like the previous time, a 2-0 against Barnsley, the Addicks kept a clean sheet.

Speaking after the game Bielik explained: “I feel very comfortable with Jason Pearce. We talk to each other all 90 minutes, maybe he talks a bit more than me but it’s really helpful. He’s an experienced player with so many games. I spoke with him (of the pitch) a lot, he played at Leeds United, for example, a massive club.

“He’s got good quality and experience and I think he’s a good partner to play alongside, to have next to you. I think we understand each other very well.

“The same with Anfernee (Dijksteel) on the right and Chris Solly on the left. Today, I felt really good.”

And it is the veterans at Charlton that Bielik really feels are helping him learn with the youngster name-checking Mark Marshall and Darren Pratley in his post-game interview which is available in full on Valley Pass.

He said: “I’ve got a great partner on the left (Jason Pearce) who helps me every game. We’ve got very good contact outside of the pitch (in the Charlton Athletic coaching staff). It’s a good place to be here, with great people around me and great players. With the players we’ve got at Charlton we can really go high. The whole dressing room is nice, the lads are lovely to be honest.”

Bielik has started five games in defence, with Charlton conceding just two goals in those games. Last weekend he was substituted at half-time after starting in midfield against Rochdale.

It was an experience which Bielik responded well to. “Straight after he (Charlton manager Lee Bowyer) said I was coming off, I said it was going to be tough for me. (I knew) I had to do my best in training to play, to show him that I’m good to play and I deserve to play 90 minutes, not just 45.

“We had a proper meeting with him and he said that no-one is safe in this team and we have to fight for the place because he believes in the quality in this team, not just 11 but 23 players.

“Everyone knows that if you are doing well in training you'll get your chance. For example Marshy (Mark Marshall), he wasn’t in the squad for a few weeks and he’s done really well in training and he got his chance.

“He helped us so much today. He got the ball, he dribbled, his crosses. You can see that he is staying after training and he’s practising. I speak with him a lot and he helps me a lot as well. I think we’ve got professional players here and it is a great place to be here because I can learn a lot.”