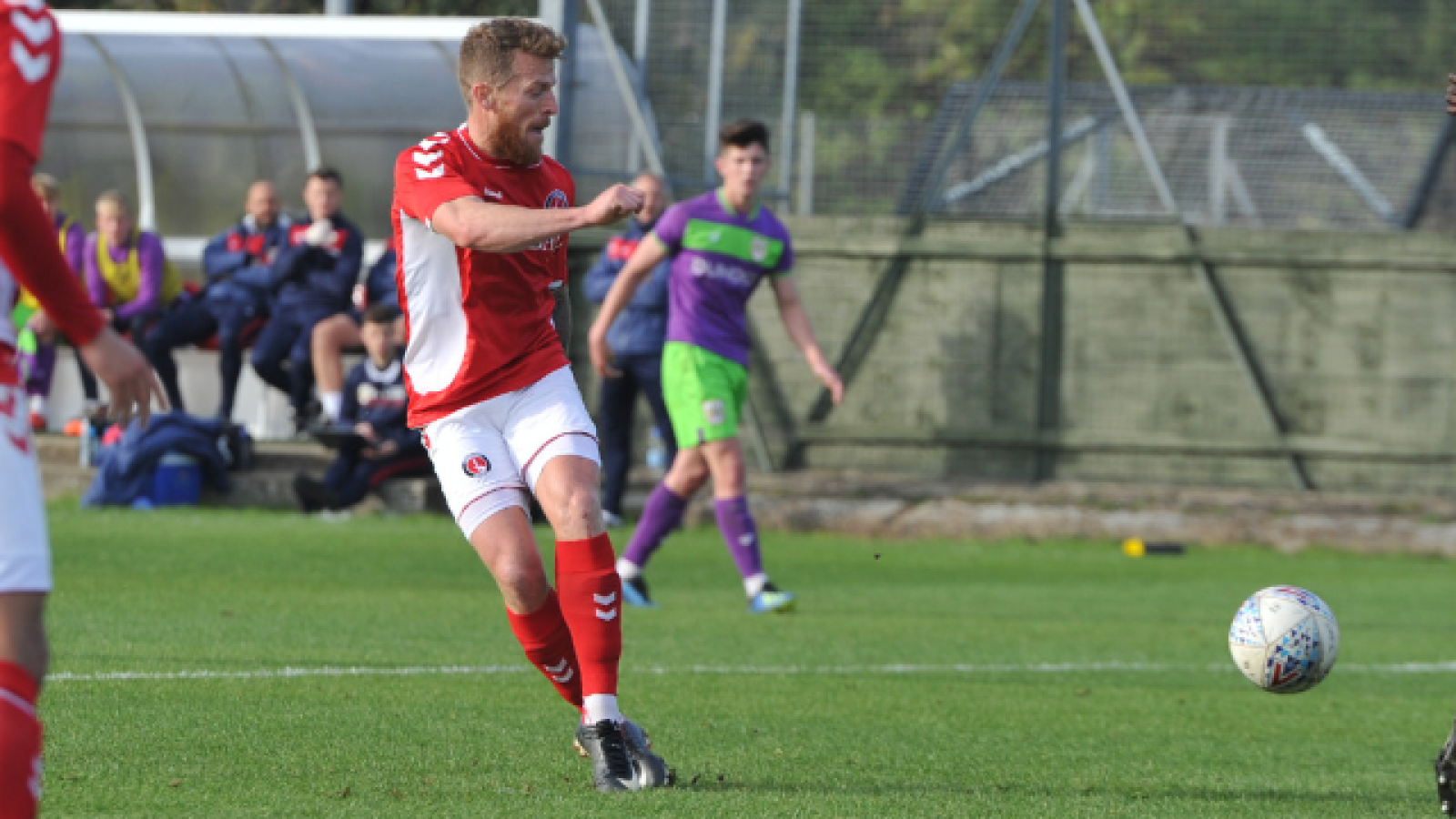 Billy Clarke found the net and got 65 more minutes under his belt as Charlton’s U23s shared a 1-1 draw with Bristol City at Sparrows Lane on Monday afternoon.

Clarke’s volley cancelled out the visitors’ early second-half opener in what was a cagey affair in New Eltham and it was the forward who claimed the headlines as he found the net for the first time in a Charlton shirt since suffering serious injury last December.

In a lively start, Addicks stopper Joseph Osaghae was drawn into a good, early save in the third minute, getting down well to keep out Ricardo Rees in the box, while Ben Dempsey fired just wide almost immediately at the other end.

Dempsey, who has been in rich scoring form of late, came close again with 11 minutes on the clock, sending a well-struck effort dipping over the bar from the edge of the box, but the rest of half remained tight, with little to separate the two sides.

The deadlock was broken five minutes after the restart, however, with the Robins going ahead through Shawn McCoulsky.

A deep ball in was knocked back across the six-yard box by Ricardo Rees for his strike partner to divert home from close range, despite Osaghae’s best efforts to keep it out.

Albie Morgan tested the visiting stopper with a low effort shortly after, while half-time sub Luke Carey forced him into smart stop just after the hour-mark.

But come the 65th minute, the Addicks had their deserved leveller courtesy of Clarke. Morgan sent in a good cross from the left and the first-teamer thumped home a measured volley from 12 yards, leaving the keeper with no chance.

Clarke’s celebration was something to savour, letting out a ferocious roar as 11 months of injury frustration was let out before he was subbed with 65 more vital minutes under his belt.