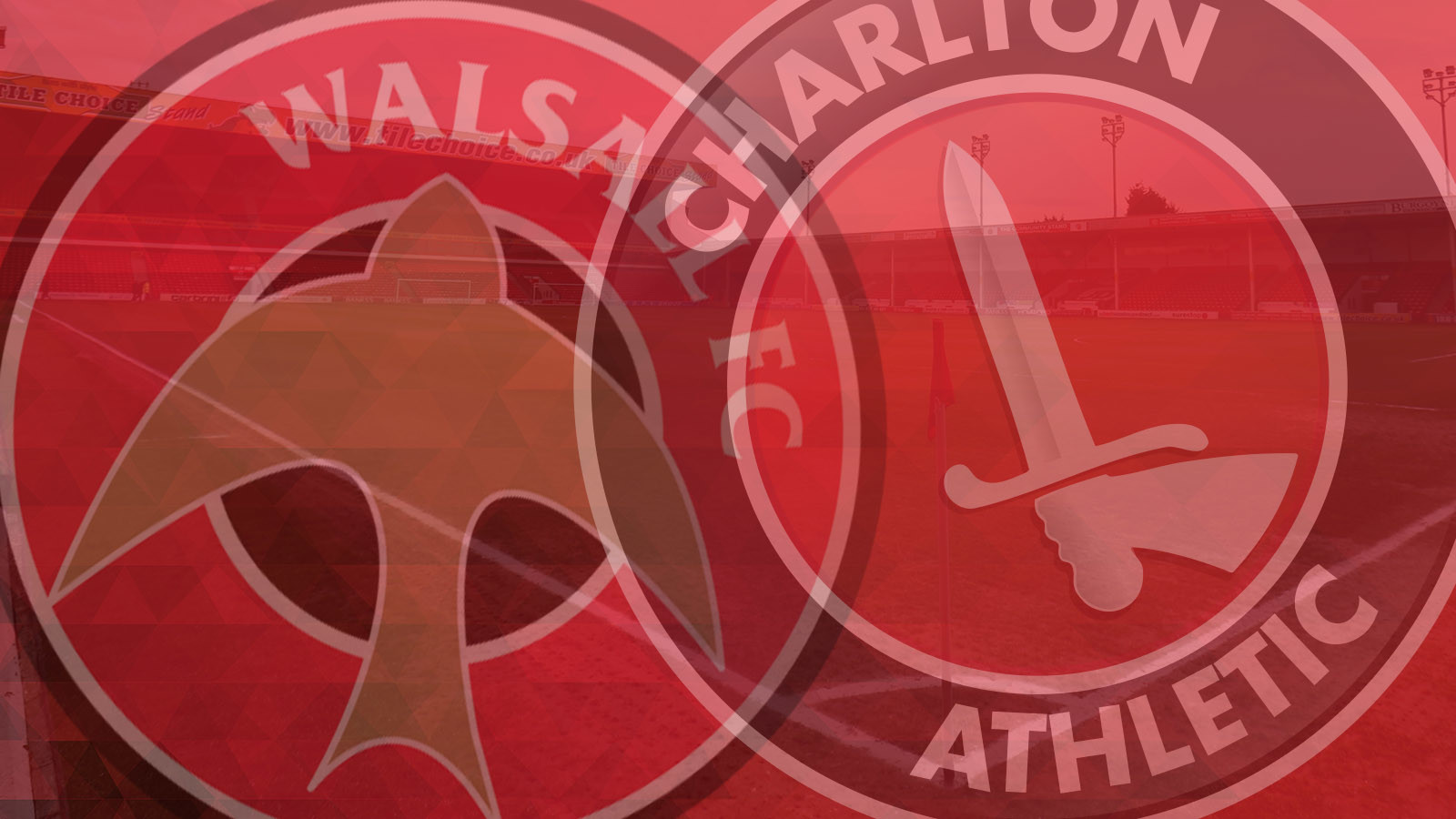 Charlton could propel themselves back into the Sky Bet League One play-off places when they face Walsall on Tuesday night (7.45pm).

A victory for Lee Bowyer’s men will move them onto 28 points – and into sixth place – and would also secure back-to-back victories for the south-east Londoners.

The Addicks comfortably beat Doncaster Rovers at The Valley on Saturday, with Joe Aribo and Karlan Grant finding the net; the latter bagging his eighth goal of the season.

That made it five home league victories for the season – a record rivalled only by Barnsley and eclipsed by Luton Town in the third tier – and three points on the road on Tuesday would be the ideal way to back it up.

Opponents Walsall were beaten 3-1 at home by Burton Albion at the weekend and could also return to the play-off places with a win, having enjoyed a good start to the season.

Charlton have a number of injury doubts ahead of Tuesday’s clash. Joint-top scorer Lyle Taylor is set to miss the game with a groin injury and Ben Reeves and Anfernee Dijksteel are both struggling with hamstring problems.

Patrick Bauer is continuing his recovery from a knee injury and Billy Clarke featured again for the Addicks’ U23s on Monday. Lewis Page and Jake Forster-Caskey remain sidelined.

For Walsall, Adam Chambers has a knee injury, Joe Edwards has a foot injury and defender Kory Roberts is still recovering from a broken leg.

Around 250 Addicks have secured their places for Tuesday’s game in the midlands and Walsall have confirmed that they will be selling tickets on the night of the match.

Charlton Manager Lee Bowyer: “We have to turn up. We didn’t against Scunthorpe and Rochdale but, with the week we have just had, I am sure that we will. I am looking forward to the game.”

Walsall’s Conor Ronan: “After a loss like Burton, there is always going to be some negativity and we are going to be a bit down. But I think we just need to look at where we are. We are not miles off it, we can still get to where we want to be. Looking at the table, things are very tight.”

Charlton and Walsall have met 34 times in the past, with the Addicks winning 16 of the previous meetings. The Saddlers have won 10 times and there have also been eight draws.

So far this season, he has officiated 14 matches - in four different competitions - where he has handed out 41 yellow cards and two reds.

Nield has never refereed Charlton before.

He will be supported by linesmen Richard Wigglesworth and Ian Smedley and fourth official Ravel Cheosiaua.