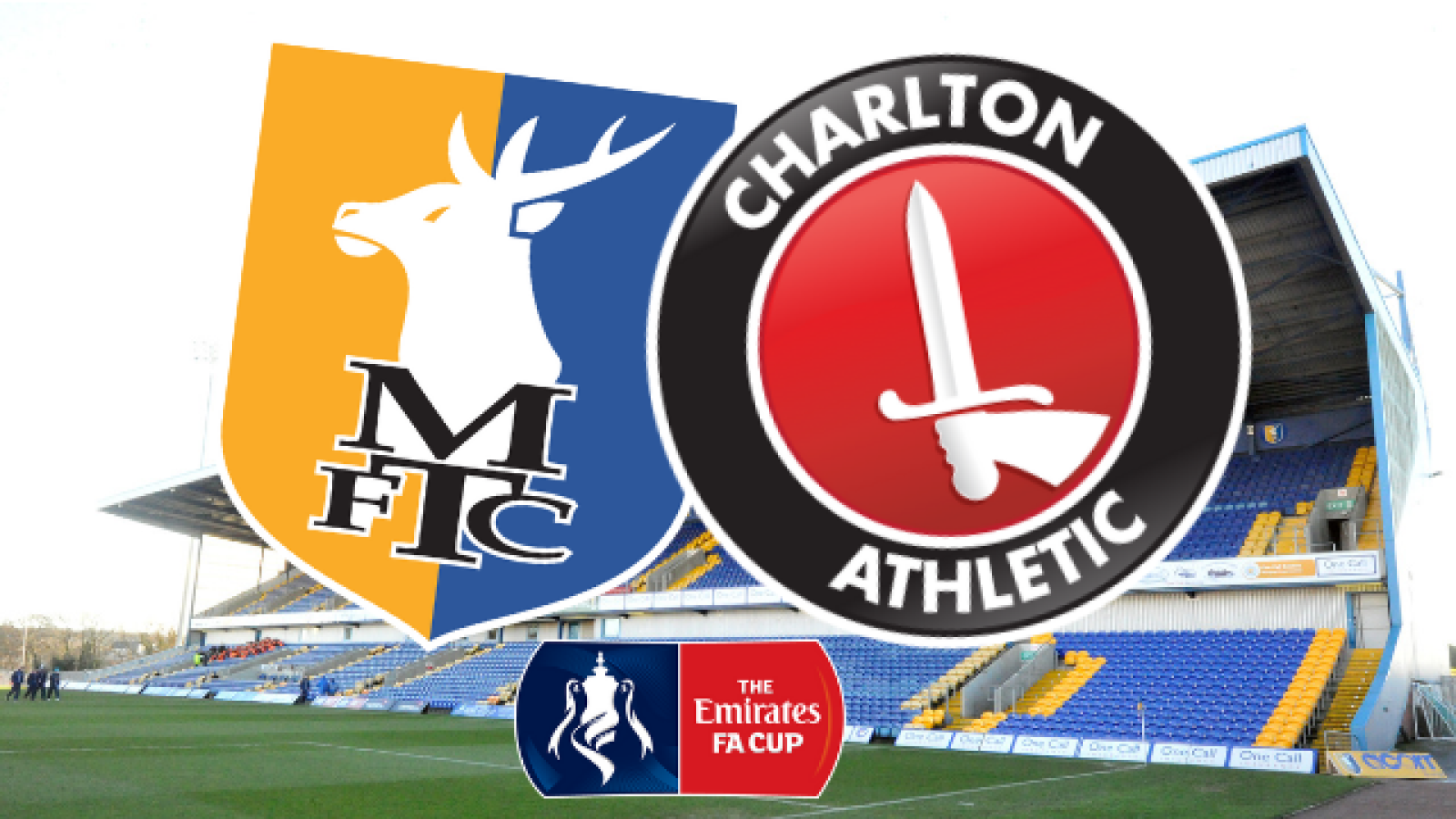 Charlton will look to make it three straight wins when they make the journey to Mansfield Town this Sunday as we face the Nottinghamshire outfit in our first Emirates FA Cup fixture this season (12:45pm).

Charlton have produced two fine displays recently with comfortable victories against Doncaster Rovers and Walsall in our League One campaign, although the focus is now on the cup and Mansfield who have shown impressive form as of late.

Unbeaten in 11, he Stags currently sit seventh in the Sky Bet League Two table and will no doubt be raring to replicate that form in their FA Cup bid.

Lee Bowyer has expressed in his pre-match interview his desire to introduce striker Billy Clarke back into the side as the Addicks deal with the recent double injury blow of fellow frontman Igor Vetokele and midfielder Josh Cullen.

Clarke, who had been subjected to a long stint out with injury, will be hoping to hit the ground running against Mansfield.

Alongside Vetokele and Josh Cullen in the treatment room is Patrick Bauer and Ben Reeves who are out of contention for the cup tie. There is welcoming news in that Anfernee Dijksteel is expected to be available for selection at Mansfield.

Mansfield are expected to be without midfielder Alex MacDonald through a Knee Injury, also out of contention for the match is defender David Mirfin and midfielder Otis Khan.

Around 480 Addicks have secured their place for the trip to Nottinghamshire and Mansfield have confirmed that they will be selling tickets on the afternoon of the game at the price of £17 per adult, £12 for concessions (over 65 and U18s) and £7 for under 11’s.

Mansfield are only accepting cash on the day of the match.

Lee Bowyer: “It’ll be nice if we can have a bit of a run in the cup, but we have to be realistic and be careful at the moment with the injuries that we keep picking up, so hopefully we can get a bit of luck with this.”

Mansfield town’s CJ Hamilton: “We have made it a little fortress here this season, which you have to do when you’re going for promotion. You have to make it that when people come here, they are frightened to play here. Accrington are also up there around it and they are a good team. If we can play the way we played against them, hopefully we can get a similar result.”

Charlton have only faced Mansfield three times in the past. The only league encounters came in the 1977/78 season in which The Addicks ran out 3-0 winners away, before being held to a 2-2 draw in the reverse fixture at The Valley.

The two sides have met once before in cup competition - the Addicks beat the Stags 4-3 in a League Cup tie in SE7 in January, 1973.

Ollie Yates will be the man in charge of the game at Field Mill, he has officiated 15 games this season, handing out a total of 46 yellow cards and two red cards. He has never officiated a Charlton or Mansfield match.