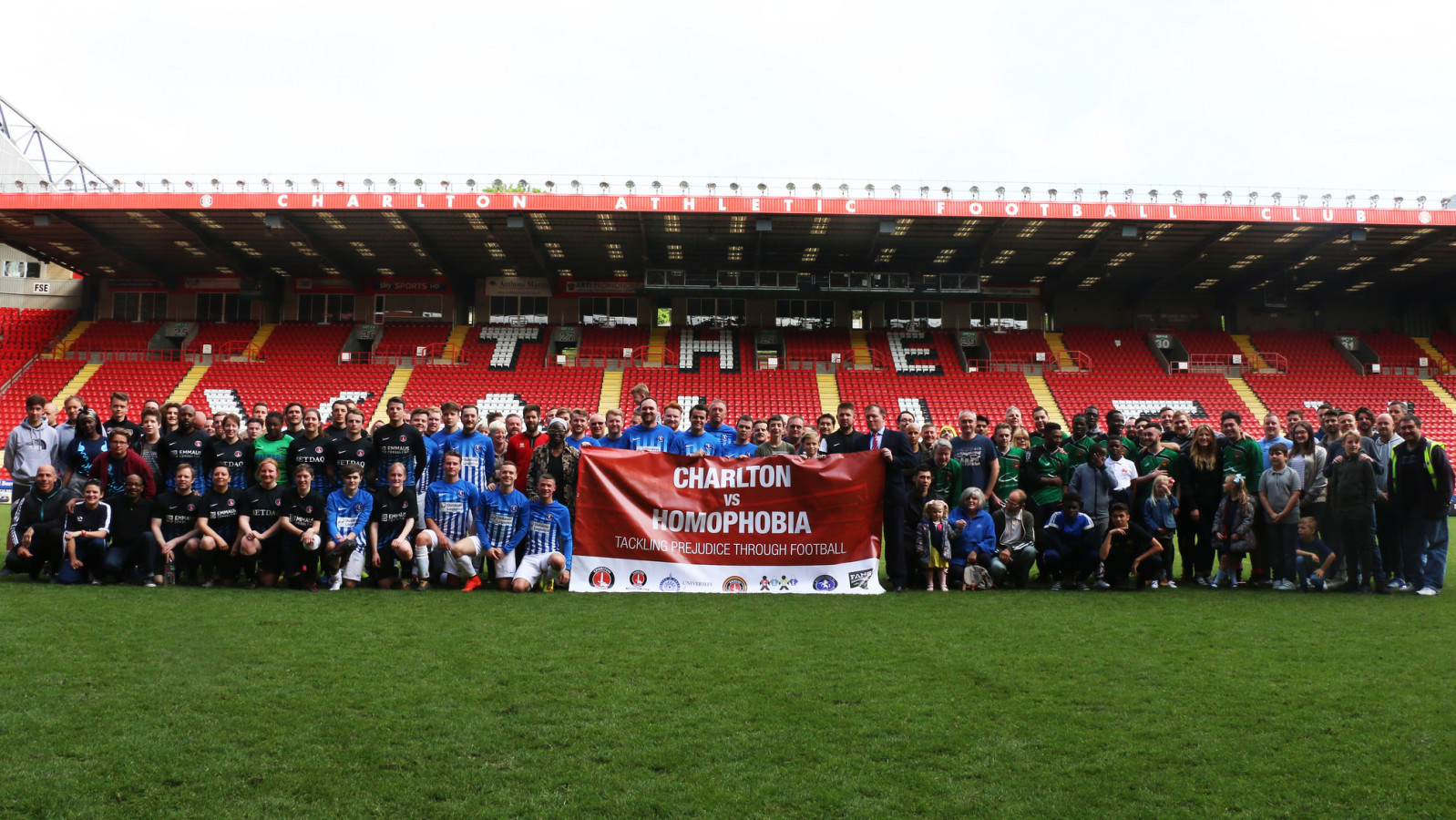 Charlton Athletic’s LGTBQI+ fan group, the Proud Valiants have been nominated for the Fans For Diversity Award in the 2018 Football Supporters Federation Awards.

The group has had a busy year which began with the second ever Football v Homophobia matchday at The Valley in February when Charlton took on Oxford United. This was followed by the now annual Charlton v Homophobia tournament, which had a record six teams take part. The Proud Valiants also played a key role in the Charlton family being represented by a float at Gay Pride in London over the summer.

Chairperson for the group Rob Harris said: “As chair of the Proud Valiants it is with great pride to say that we have been nominated for the Fans for Diversity Award in the upcoming FSF Awards. It is great to be nominated and this recognition reflects all the hard work that we have undertaken at Charlton over the past five seasons with both Lisa Squires and now Tom Rubashow, with great assistance from Di Cunningham from Norwich and Anwar Uddin from the FSF.

“It demonstrates the commitment of the club to making The Valley, a safe stadium for all and one where homophobia or prejudice has no place at all.

“This acknowledgement by the FSF is a real honour and makes everything so rewarding. Whatever the result, we would not be there at all, if it were not for the great support I have received, from my Vice Chair, Gary Ginnaw, our women's officer, Bhavisha Patel, my long suffering partner Simon Sanders and the support of all our members, along with Michael Seeraj and the rest of Charlton Athletic Community Trust. We are up against some strong and amazing groups and whether we win or lose, the real victor here is football. We are moving forward and it is great we live in an age that these awards even exist.”

For more information on joining the Proud Valiants, email proudvaliants@gmail.com.

Also nominated at the awards is fan podcast Charlton Live which is up for Club Podcast of the Year.

The club would like to congratulate the Proud Valiants and Charlton Live on their nominations and wish them luck for December 3rd.

Full details on the awards can be found here.