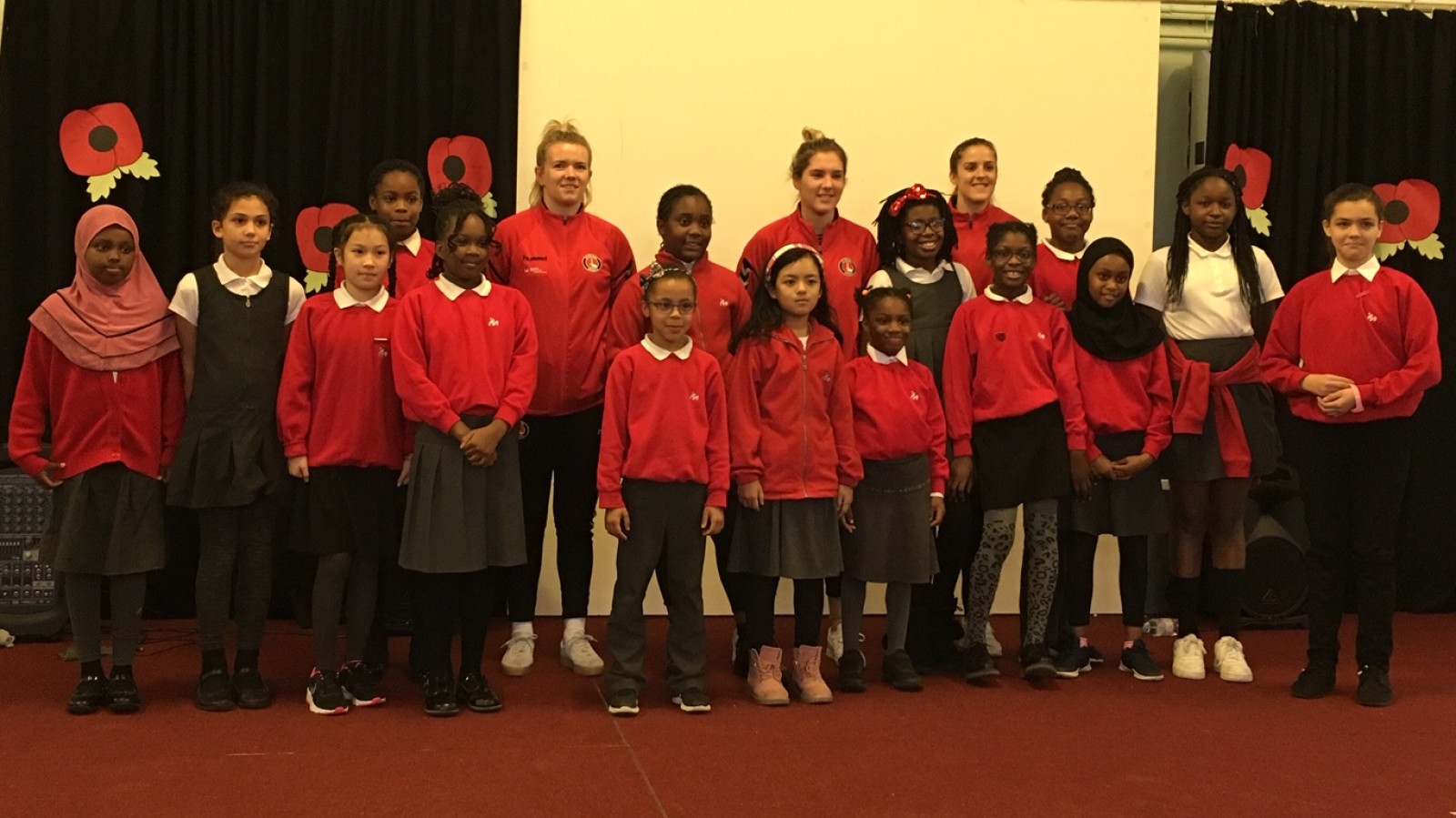 Captain Grace Coombs was joined by Ellie Dorey and Chloe Brunton-Wilde on Thursday morning as they led a special assembly at Morden Mount Primary School. As well as fun activities, where a signed football was handed out, the players spoke to children about the advancement of women in sport and their individual routes into playing football, before hosting a Q&A session.

General Manager Steve Adamson said: “Morden Mount was the first of many schools that we will be visiting in the upcoming weeks as it’s important that young people have role models and idols who are females.

“We want to inspire the next generation of girls to start playing football and the room lit up when the players walked in for a special assembly.”

All pupils will receive a free ticket to attend next Sunday’s fixture against Crystal Palace. The Addicks take on The Eagles at The Oakwood, in Crayford and remain unbeaten at home so far this season. The match is building up to become a big fixture with activities for families taking place pre-match, including a mini game featuring the Charlton Upbeats.

Schools can get free tickets for the match against Crystal Palace by emailing CharltonWomen@cafc.co.uk or by joining the Schools partnership by emailing fans@cafc.co.uk.