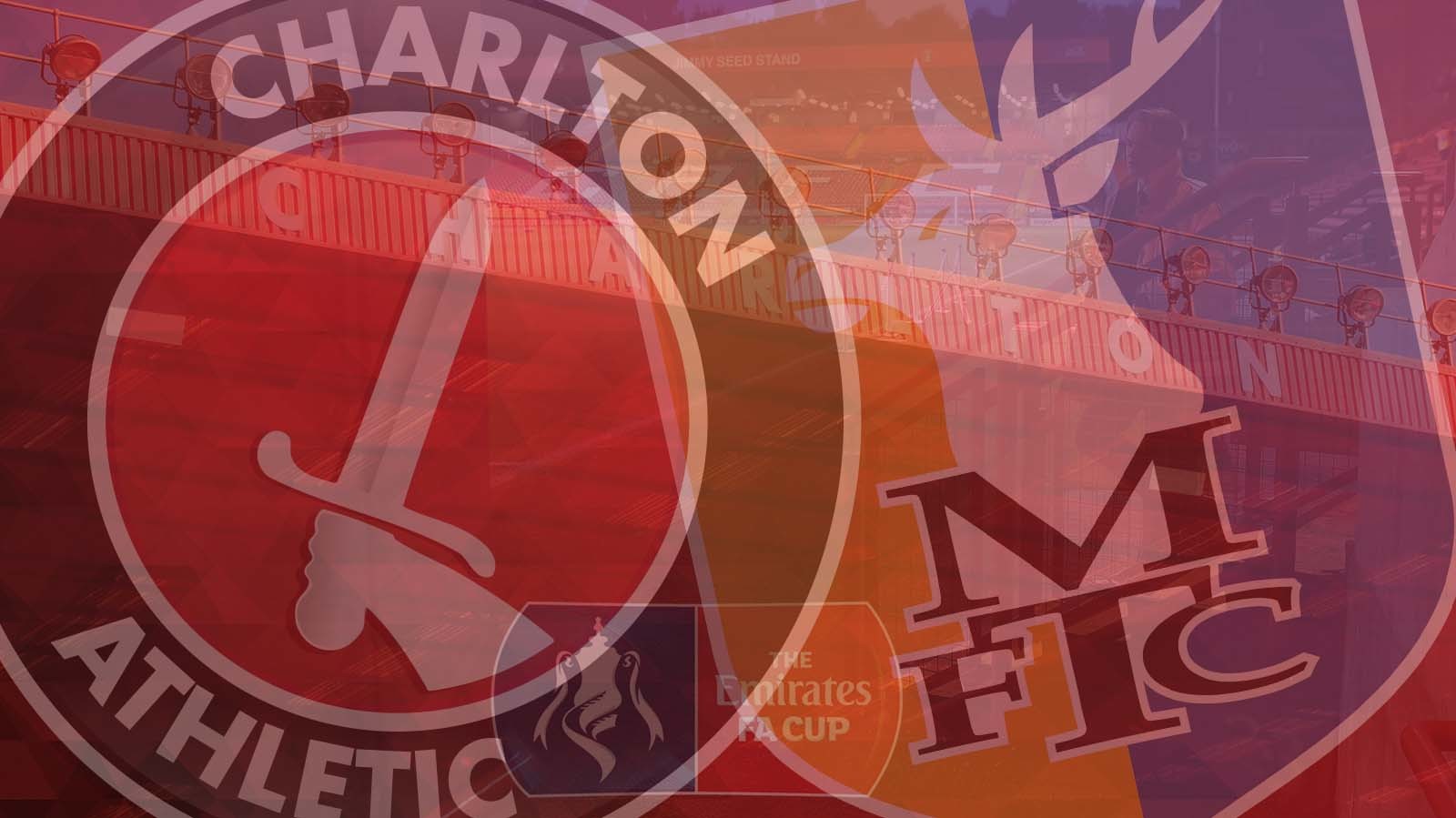 Charlton will be eyeing a place in round two of the Emirates FA Cup on Tuesday night when they host Mansfield Town in a first-round replay (7.45pm).

The two teams could not be separated in the original tie – which was contested at the One Call Stadium on Sunday, November 11th – and tickets for the rematch are on sale and can be purchased here.

The winners will face a clash against either Doncaster Rovers or Chorley and, whoever progresses from round two, could then be drawn against Premier League opposition in the next phase of the competition.

Mansfield arrive at The Valley unbeaten in 13 matches in all competitions. They earned a 1-0 win over Port Vale at the weekend in Sky Bet League Two, while the Addicks were not in action due to the international break.

Lee Bowyer confirmed during his pre-match interview that he is likely to name a similar side to the one that started the original tie nine days ago. Billy Clarke will start but the match comes just too soon for Patrick Bauer.

For Mansfield, David Mirfin and Alex MacDonald are out with knee injuries. Otis Khan is a doubt.

Tickets for Tuesday’s FA Cup replay remain on sale and can be purchased online by clicking here. They will be on sale in person from The Valley right up until kick-off.

Charlton boss Lee Bowyer: “It was a good test for the lads that played that Sunday. They are a decent side. I thought they did well, but being at home I’ll be looking for us to go and win the game.”

Mansfield’s CJ Hamilton: “We don’t fear anyone this season. You can see from results in cup games already, like Accrington and West Brom, that we go and show no fear – so hopefully we’ll go down there and do the same thing on Tuesday.”

Tuesday’s clash will be the fifth meeting between Charlton and Mansfield. The Addicks have never tasted defeat against The Stags and the two clubs’ last meeting in SE7 saw them contest a 2-2 draw in November 1977.

Kevin Johnson will be the man in the middle on Tuesday night. So far this season, he has officiated 18 matches where he has dished out 50 yellow cards and two reds.

Tuesday’s game will be the second Charlton match Johnson has taken charge of this season. He oversaw the Addicks’ Checkatrade Trophy draw against AFC Wimbledon in September.

He will be supported by linesmen Christopher Kidd and Richard Kendall and fourth official Lee Brennan.

Tuesday’s 36-page programme is priced at just £2 and can be purchased from the Valley Superstore and the West Stand concourse.

The North Stand’s free entry supporters’ bar will be closed on Tuesday but all Charlton supporters with match tickets can gain free entry to The Valley’s Millennium Lounge and Bartram’s Bar before kick-off.

Fans wanting to visit the Millennium Lounge will need to collect their free passes from SE7’s main reception. Fans collecting passes must be able to show their match tickets.

Fans are advised to arrive at The Valley in good time, and to plan their journeys in advance, in order to avoid long queues when buying tickets and entering the ground. Searches will be taking place at the turnstiles due to heightened security in the capital at this time.

The Valley's ticket office and Valley Superstore will both be closed after full-time.