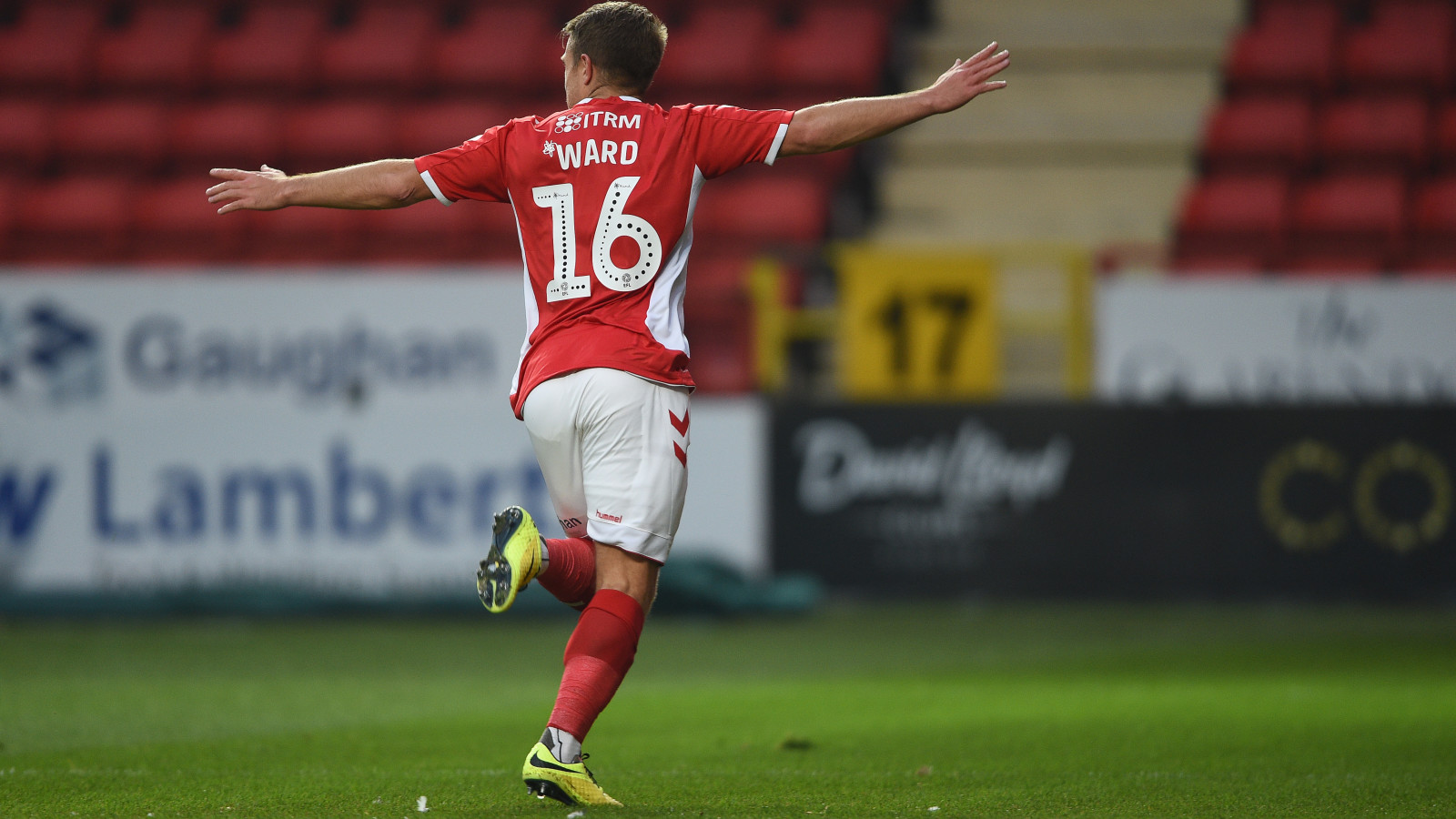 Jamie Ward gave full credit to goalkeeper Jed Steer for his assist which helped the midfielder net his first goal in Charlton colours during Satuday’s 3-1 victory over Bristol Rovers at The Valley.

The Nottingham Forest loanee sent the Addicks on their way with the opening goal after 10 minutes thanks to a classy lob over Rovers stopper Jack Bonham, but it all started with Steer who claimed a free-kick before hoofing the ball straight down the other pitch with a pinpoint delivery, allowing Ward to take one touch before sending it looping into the back of the net.

Speaking of his touch to bring the ball down in the classy route-one move, Ward laughed: “What do you mean by a bit of class?! It hit my chin, hit my chest and rolled onto my thigh!

“Everyone was saying it was a great first touch, but it was just nice to be able to get into that position and finish it off. In training, I’ve been hitting everything apart from the net so it was nice to see it go over the keeper and bounce into the net.

“All credit goes to Jed. He deserves the praise, not me. The keeper was far enough away for me to get it up and down, but it was a great kick from Jed and it was something that we spoke about earlier in the week so it’s important that we keep taking things like that on board.”

Charlton were made to work hard in the second half to preserve their lead, before finally wrapping up the points via Karlan Grant’s last kick of the game deep into injury time.

And the Londoners’ game management was on point throughout the second 45, with Nottingham Forest loanee Ward leading by example by playing down the clock.

“It’s about being clever,” he explained.

“A lot of teams do it when we’re away, for instance, so it’s about doing it right without getting caught out. I think we could do it a bit better at times, we’re too eager to get the ball back on the pitch too quickly at times, but I’m sure we’ll carry on learning that along the way.”

Meanwhile, with three points in the bag, Ward insists that all eyes are now immediately on Tuesday evening’s trip to former club Burton Albion as the Addicks look to maintain their place in the top six.

“They will play some tidy football so it won’t be an easy game. This is where we have to dig in now with two games in a few days, so we have to recover right and be ready to go again on Tuesday.

“It’s a smaller pitch than we’re used to here. It will be tough, but that’s what this league is all about.”