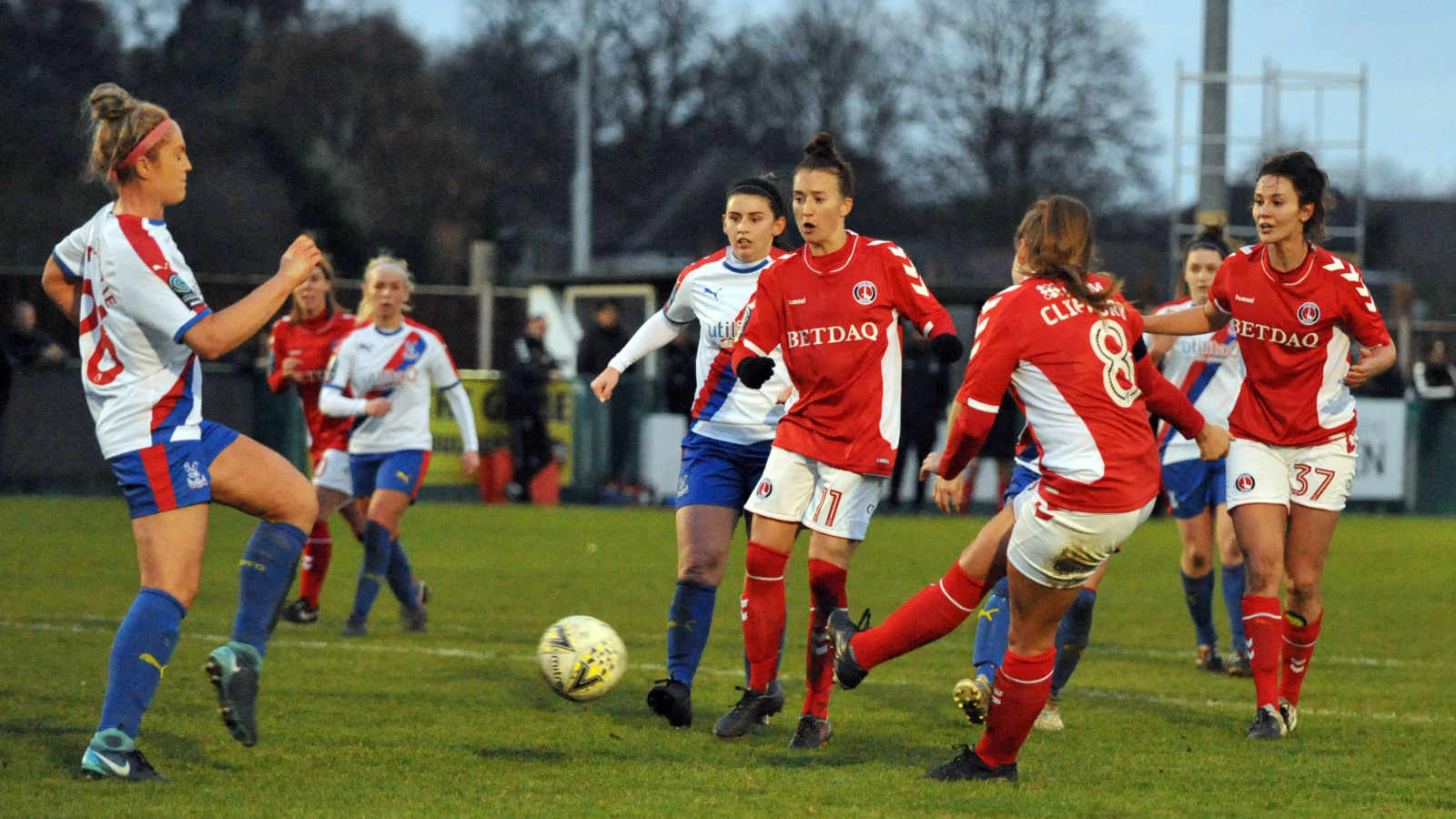 Charlton maintained their 100 per cent win record at home by recording a dramatic 2-1 victory at The Oakwood against rivals Crystal Palace on Sunday afternoon.

Charley Clifford won the match for the Addicks with the last kick of the game to give Charlton all three points in the derby.

Charlton dominated the opening stages and were rewarded with a goal on the 14th minute when Liz Ejupi went through on goal and calmly slotted the ball past Shanell Salgado.

The Addicks almost made it 2-0 in the 23rd minute when Harley Bennett’s 30-yard strike bounced off the crossbar and they had another chance shortly afterwards when Ejupi’s cross just skimmed past the head of Lily Agg.

The visitors then started applying pressure as the half went on. Chloe Burr pinched the ball off Charlotte Kerr and had a shot at goal, but Katie Startup saved comfortably.

On the stroke of half-time, Palace got their equaliser. The visitors won a corner and Jordan Butler bundled the ball over the line in a very congested six-yard box.

The second half went on to be a scrappy and fiery affair between the two sides, as Charlton were pushing for a winner.

Palace won a free-kick in a dangerous position in the 49th minute, but Ashlee Hincks’ effort flew over the bar.

Charlton then pushed up at the other end. Amber Stobbs threaded the ball through to Ejupi who then sent in a cross towards Lily Agg but Salgado was there to catch the ball.

The Addicks almost got their second in the 61st minute, Ejupi sent through a superb ball into the path of Agg, but a Palace defender did well to block the shot and the ball rolled into the hands of Salgado.

Four minutes later, Palace had a good chance to go ahead. A dangerous corner found the head of Hannah Mackenzie but her effort flew inches over the bar.

Gemma Bryan was brought on in the 65th minute and was immediately involved in the action. She sent in a drilled cross towards Agg and Ejupi but neither of them could get their feet to it and the Addicks then also introduced Clifford from the bench.

Deep into stoppage time Charlton won a free-kick on the edge of the box after Agg was hacked down. Charlotte Gurr’s effort slammed into the Palace wall and the ball ricocheted into Clifford, who then slammed the ball into the back of the net to win the game in the last kick for the Addicks.

The goal was met with some confusion, though, as the linesman had flagged for offside but the referee was certain that no offside had taken place, awarding Charlton the deserved goal. Charlton move back up to third in the league, and travel to Leicester next weekend.