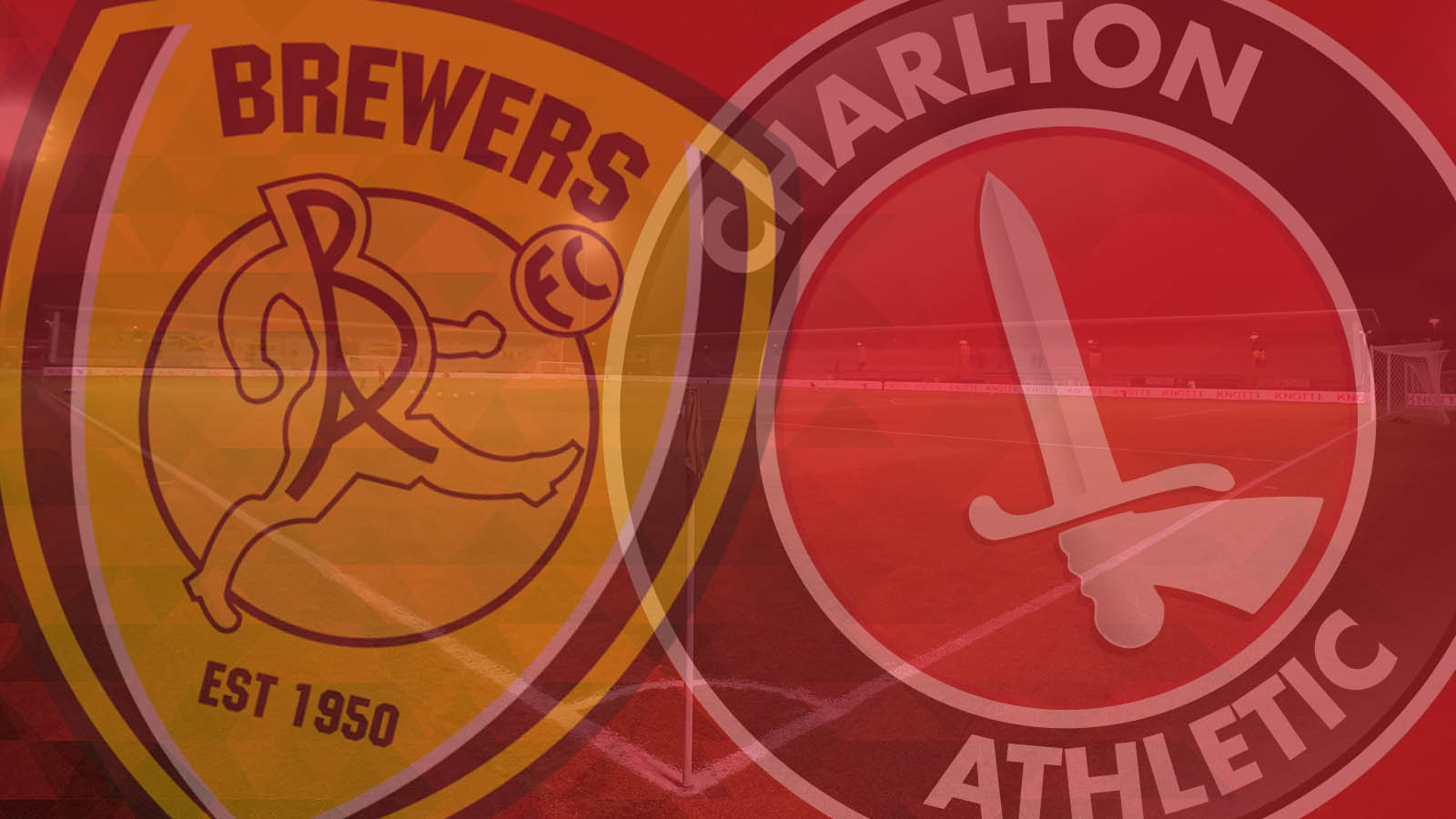 Charlton could secure four Sky Bet League One victories in a row on Tuesday night when they make their first ever trip to Pirelli Stadium to face Burton Albion (7.45pm).

Lee Bowyer’s Addicks have been in excellent form of late, most recently earning a 3-1 win against Bristol Rovers at The Valley on Saturday.

Bowyer’s men have won four consecutive matches once already this season and, if they can do the same on Tuesday, it will cement their place in the play-offs ahead of this weekend’s Emirates FA Cup fixtures.

Charlton can welcome back leading scorer Lyle Taylor at Burton, after he served a one-match suspension at the weekend, and he will be eyeing goal number 13 of the campaign.

Burton had been on a decent run until suffering a shock 3-0 defeat at Blackpool on Saturday and a positive result for them would edge them back closer towards the play-off pack.

Darren Pratley and Ben Reeves remain sidelined for the Addicks, with knee and groin injuries respectively. Lewis Page is still recovering from his hip injury and Billy Clarke will not be involved after playing for Charlton’s U23s on Monday.

Jake Forster-Caskey is out with his ACL knee injury and Josh Cullen and Igor Vetokele are still in the early stages of recovering from their dislocated shoulders. Lyle Taylor is back after serving his one-match suspension.

For Burton, Jamie Allen is out with an ankle injury but Will Miller could return after recovering from a hamstring problem. Former Addick Marvin Sordell is out with a knee injury and David Templeton, Ben Turner and Ben Fox are also sidelined.

Almost 500 Addicks have secured their places for Tuesday’s game at Pirelli Stadium and Burton have confirmed that they will be selling tickets on the night of the match.

Charlton Manager Lee Bowyer: “These Tuesday night games, I have to freshen it up. I have learned that in the past. As well as the players may have done on Saturday, I have gone with the same team on a Tuesday before and you can’t get the same intensity.”

Burton boss Nigel Clough: “Charlton are very dangerous on the break. They've got some very good players, so it's going to be as tough as any game this season. If you look at anyone who can challenge that top four, they’re as likely as anybody.”

Charlton and Burton Albion have only ever met once before, with that meeting coming in the FA Cup in January 1956. The Addicks ran out 7-0 winners at The Valley.

So far this season, he has overseen 20 matches where he has brandished 73 yellow cards and three reds.

Tuesday will be the second time that Joyce has officiated the Addicks this season. He was in charge for the 1-1 draw at Accrington Stanley in August.

He will be supported by linesmen Matthew Jones and Matthew Parry and fourth official David Plowright.