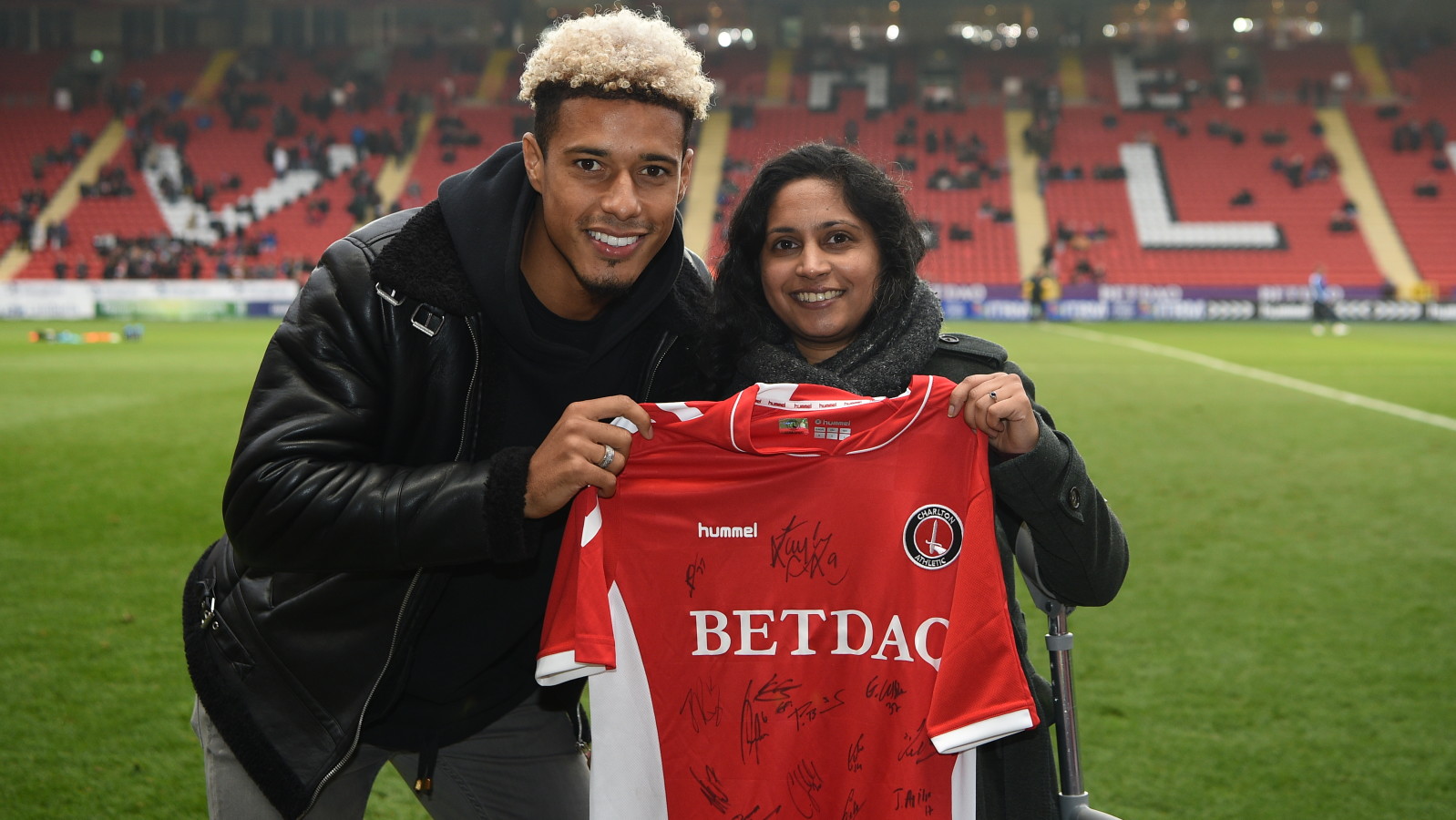 Each home league game, a fan is selected to win the reward and the individual will be presented with a signed shirt on the pitch.

Earlier this month the Proud Valiants, the club’s LGBTQI+ supporters’ group, were nominated for the Fans For Diversity award in the 2018 Football Supporters Federation Awards. Bhavisha Patel has been a crucial part of establishing the Proud Valiants. We asked her for some of her Charlton memories…

Why I became a Charlton fan: A colleague of mine took me to a midweek game one day after work about 10 years ago and I have been hooked ever since.

My first game at The Valley was: A cold January evening game against Crystal Palace which we won! I remember the atmosphere, the lit stadium at night, the pre-match anticipation and the buzz of the crowd when we won! Unfortunately, we were relegated that season but it clearly didn't stop me coming for more!

My favourite Charlton game (not including the play-off final) is: Still probably my first game against Crystal Palace.

My favourite Charlton player of all-time is: Johnnie Jackson. He just embodies Charlton Athletic through and through. He wears his heart on his sleeve, fighting for every ball and it a leader on and off the field. An honest footballer who loves the game is my kind of player. Also, I have to say Christian Dailly for sentiments sake, a good old-fashioned defender.

My favourite Charlton kit is: The home kit of the 2012/2013 season. I promised to treat myself to a home shirt when we got promoted to the Championship.

The Charlton player of the season will be: Karlan Grant; a young, local lad who has been scoring a few goals this season.

The game I am most looking forward to is: I quite enjoy watching cup games. They always have a bit of an extra edge to them, being one-off games. I'd like to get past Doncaster in the second round of the FA Cup then get one of the big teams down at Charlton and do one over them.

I got involved in the Proud Valiants because: Over the course of my lifetime, I have volunteered for various different charities and organisations for causes close to my heart. As a sports-loving person, I understand the benefit of sport and all the positive things it can bring. At Charlton, I found myself part of a community of fans where I could be comfortable being an openly gay woman, too. Unfortunately, not all football fans are so lucky, which is why I am honoured to be part of the Proud Valiants, leading the way in making the beautiful game more inclusive for all.