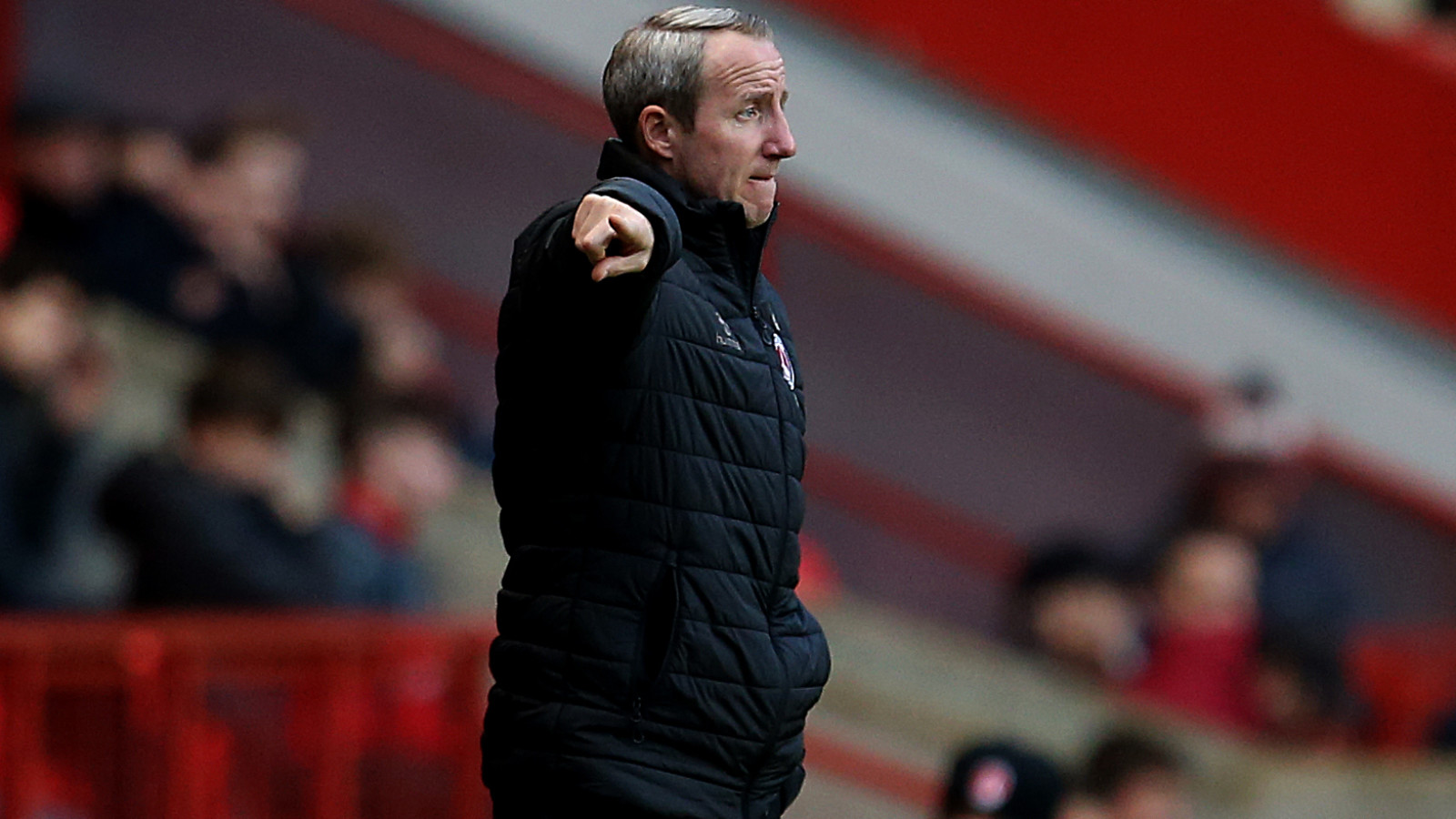 Lee Bowyer took the positives from Saturday’s FA Cup second-round clash with Doncaster Rovers at The Valley, despite an understrength Addicks side going out of the competition.

The Charlton boss made nine changes to the team that earned a victory at Burton Albion in midweek and had made clear that he would not be taking any risks for the cup tie.

And speaking following the 2-0 defeat, Bowyer focused on the positive aspects as full concentration returns to the aim of achieving promotion.

“There are pros and cons out of everything,” he explained.

“Yes, we are out of the cup, but I’ve got to see if players are ready to step up and play for us. Can I trust them on a Tuesday might in a horrible away day? Can I trust them to come and play? And that’s what I’ve learned from this game.

“We got to have a good look at players so there were some positives out of it. In recent weeks, none of that starting XI starts for us, so they haven’t done badly, they’ve done OK.

“I think we had some good chances. That was the best Mark Marshall has played for us since I’ve been in charge. He took his full-back on, he put good balls into the box and the keeper made an unbelievable save from his header.

“Dillon was outstanding and I’ve learned that I can play Dijksteel at centre-half. I thought he was very good as well. Billy Clarke has got another 90 minutes into him. Ben Reeves has got his first bit of football for a while. Young Toby Stevenson gets another game under his belt and it’s an unbelievable experience because that was their first XI and we’re playing some of our youngsters and players coming back from injury. So, I think we did OK and there are positives to take.”

Meanwhile, when asked if the changes made to his team resulted in a missed opportunity in the cup, Bowyer was quick to re-emphasise his stance.

“We’re never going to win it, so where’s the missed opportunity?” he said.

“The opportunity that I’ve had is to give Billy Clarke and Ben Reeves minutes. We got to look at Taylor Maloney and whether we could handle it. We’ve got three midfielders out injured and, I’m sorry, if I play the side that I’ve been playing of late against these today, I would be an idiot.

“We could go to Man City in the next round, get beat 8-0 and then what? Lose two more important players for four to six weeks? I’d be an idiot to do that. So, I’m really not that fussed, to be honest. We have to be realistic so I think I have made the right decision.”