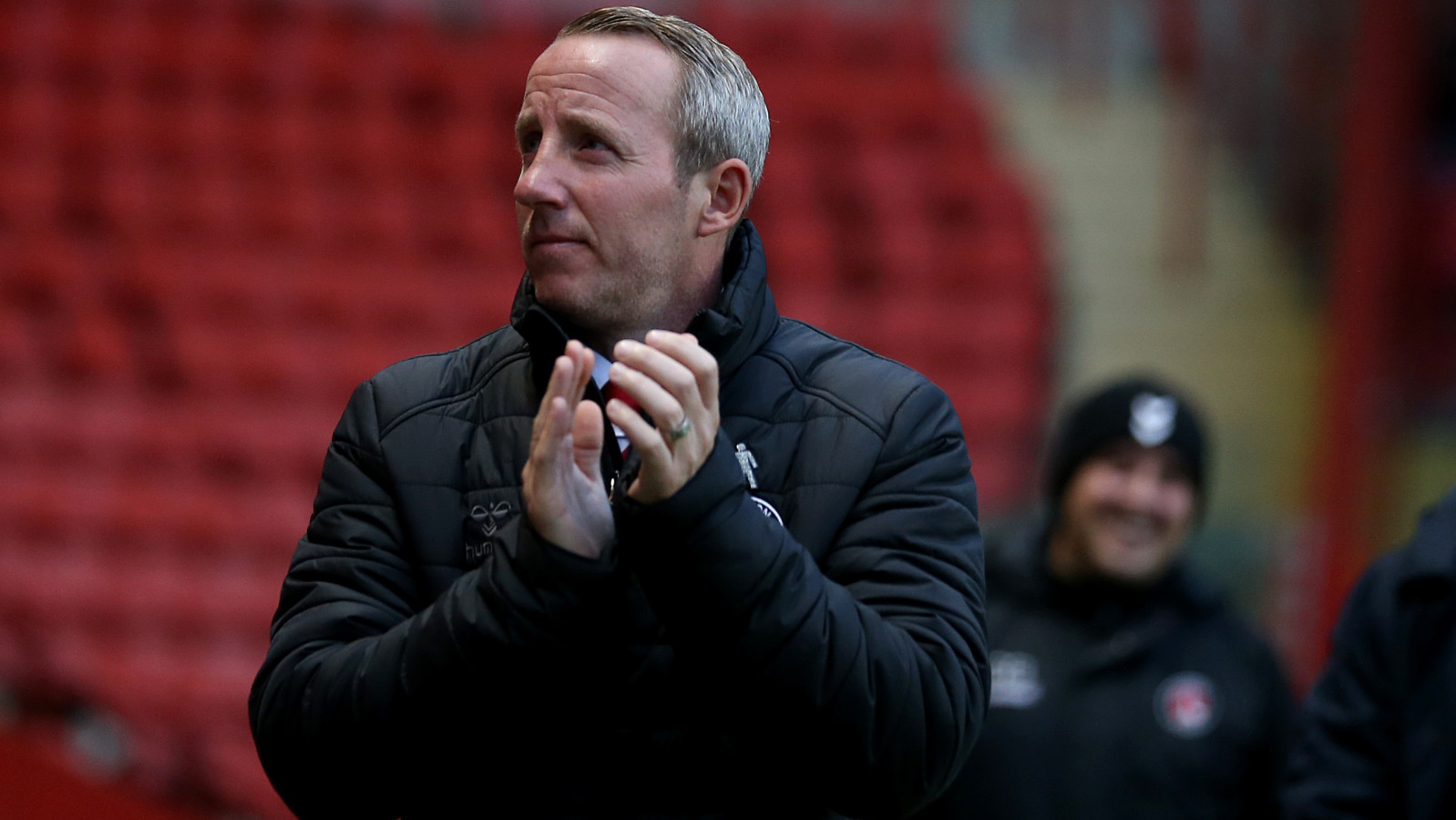 Lee Bowyer says it would be ‘an honour’ to be named as Sky Bet League One’s Manager of the Month for November.

The Charlton boss has been nominated alongside Portsmouth’s Kenny Jackett, Luton Town’s Nathan Jones and Wycombe Wanderers’ Gareth Ainsworth, and the winner is set to be announced on Friday morning.

And Bowyer – whose team won all four of their league games in November – also admitted that his ultimate goal is to win promotion rather than individual accolades.

“It would be an honour to win it because I’m new to this side of things and to win something is always good,” he said at his pre-Blackpool press conference. “It just shows how well we are doing, especially with the injuries, and it shows how well the lads are performing.

“I said to them before the start of last month ‘can we get back into the play-offs?’ and we have done that by winning four out of four.

“It’s rewarding because we are performing and competing and are in a good position in the league. I’d be over the moon to win it.”

Bowyer was also asked about the myth of the ‘Manager of the Month curse’ where a team drops points after its manager wins the award.

He said: “I don’t believe in all that. Just because you win a trophy, it makes your players perform badly in the next game?

“I don’t believe that and if I was lucky enough to win it then it will have no impact on the way my players play at Blackpool on Saturday.”

For more information and to purchase a half season ticket, please click here.