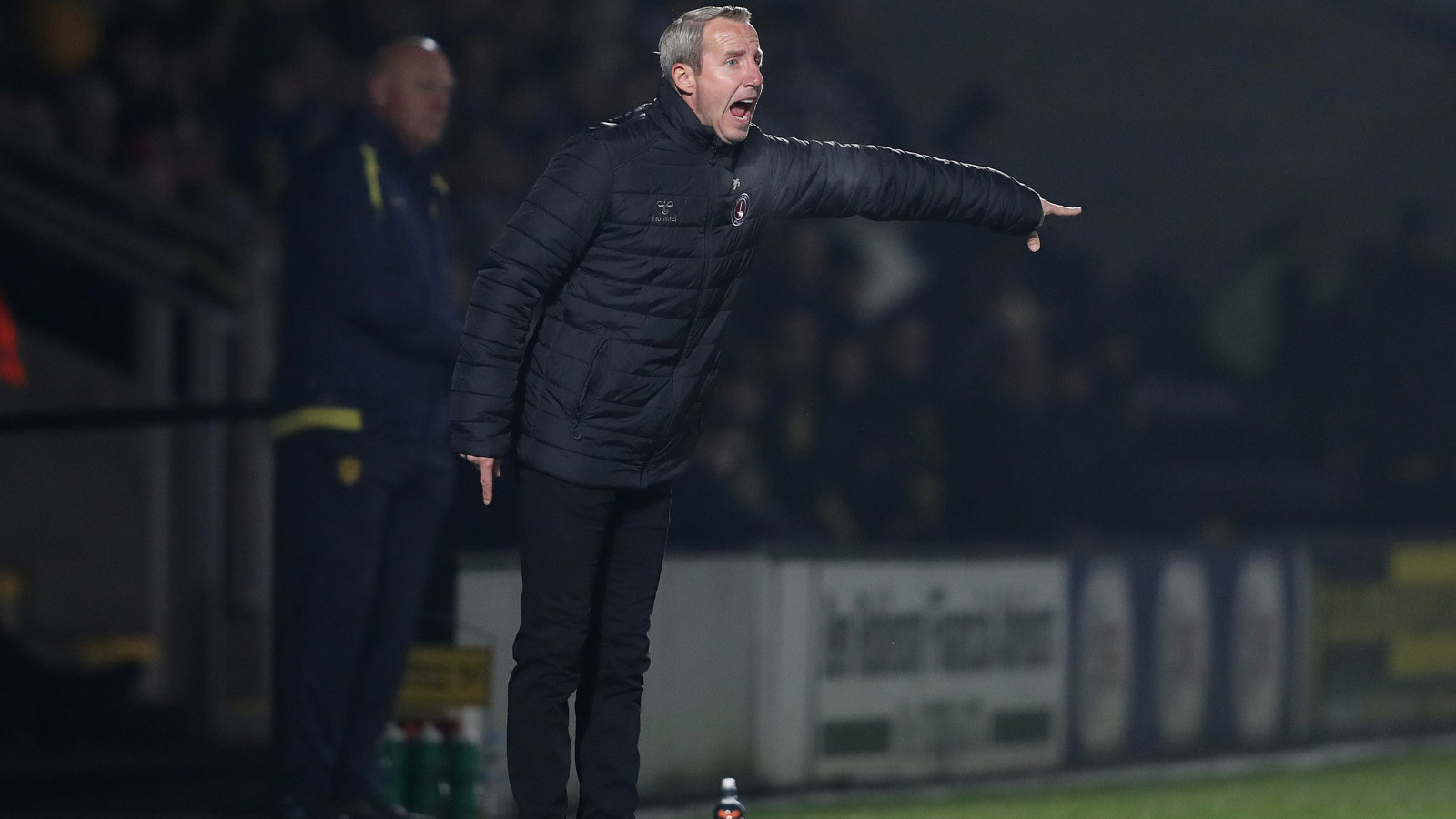 Lee Bowyer says that Charlton will not change their style of play when they head to Blackpool in Sky Bet League One on Saturday (3pm), despite adverse weather being forecast.

Heavy rain across the country may have an effect on Bloomfield Road’s pitch in the lead up to the game but Manager Bowyer insists his team are intent on playing the same way that has seen them win their last four league games.

He said: “I know the pitch will be heavy because I think Rochdale had their game called off the other night and that is up that way.

“Our game at Blackpool got called off last season because of a waterlogged pitch. Hopefully it isn’t raining up there and we know it is going to be a heavy pitch. There will be grass on it, though, so we will still go there to pass the ball and be creative and to create chances in the final third.

“They are the players and we have, ones that want to create, and we want to be defensively solid too.”

One man who could feature for the Addicks is Mark Marshall. The wide-man started last weekend’s Emirates FA Cup clash against Doncaster Rovers and Bowyer was impressed with his performance.

He said: “I have to say that I think it was the best game he [Marshall] has played in the attacking side since he’s been here. His balls into the box and his final deliveries were a lot better.

“He nicked a goal the other week by getting across the defender against Mansfield, something he hasn’t done before. He’s taken things on board that we are telling him and that’s only going to make him improve and give him more chance of playing.

“Now I’m seeing that end product, he’s got a case to have a chance of starting. There are lots of games coming up and I have no doubt that he’ll be involved, for sure. He’ll be in the squad on Saturday.”

For more information on half season tickets and to purchase yours online, please click here.