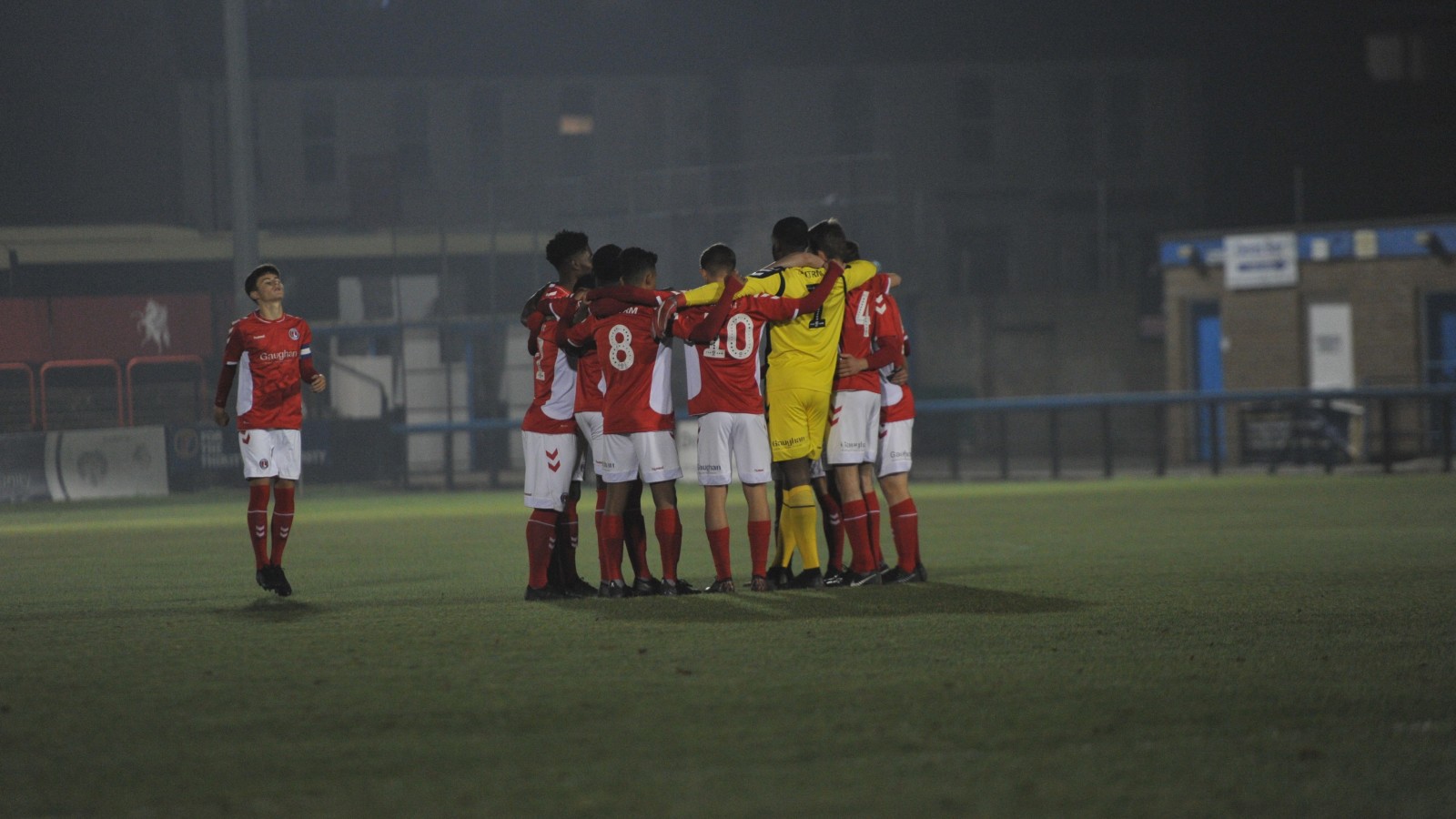 A brave Charlton side lost on penalties at Deepdale to Preston North End in the FA Youth Cup third round on Tuesday.

After twice fighting back from a goal behind and conceding three penalties the Addicks U18s eventually lost out in a 3-1 penalty shootout.

Speaking after the game Anthony Hayes, the club's Professional Development Coach for the age group, said: “It is a bit of a tough one to swallow. It was 2-2 at normal time and finished 2-2 after extra time and to finish on penalties, it leaves a bit of a bitter taste for everyone concerned.

“I think overall the bigger picture side of things is the development. The boys had a great experience over the couple of days, obviously playing at Deepdale and even the experience in penalties is fantastic for them, even if though it’s a cruel experience, it will stand them in good stead in the long run.”

Kareem Isiaka scored a first half penalty to cancel out Baxter’s fifth minute goal and Euan Williams equalised in the 75th minute as Charlton bounced back for a second time after Ethan Walker’s 54th minute spot kick.

Hayes added: “It was a frantic game, four penalties in 90 minutes, we conceded three of them. I think the penalties were justified.

“From our point of view, reflecting on it, we could have passed the ball better but I think it was a colossal effort from the players. They gave everything in the game and did well to recover from two losing positions and if anything we finished the game very strongly from a physical point of view and with the chances we created.

“I think both sides would argue they did enough in the 120 minutes to win it. I felt the quality of chances we had were very good. Not to say that Preston weren’t a threat. I felt they had the stand out individual on the night in young Ethan Walker but we had some excellent chances and that is probably the biggest disappointment when you look at what we control and we probably haven’t shown enough quality to convert the ones that we had.”

The Addicks started the game with four U16s on the pitch, a fact that Hayes feels pays testament to the quality at the younger age groups at Sparrows Lane.

He added: “Without signalling players out, there was wonderful commitment and effort throughout, the players that came off the bench really contributed to the team’s performance.

“If I had to single three players out, I thought Charlie Barker, our U16s centre half was immense, I thought Joseph Osaghae, our goalkeeper had a very, very solid game and James Vennings, our captain on the night showed the quality and composure that as a team we needed to display more consistently.

“It would have been lovely to have got into the fourth round of the FA Youth Cup but the bigger picture here is that we’ve got to develop players to get into that first team and that’s what we are dedicated and devoted to do.”