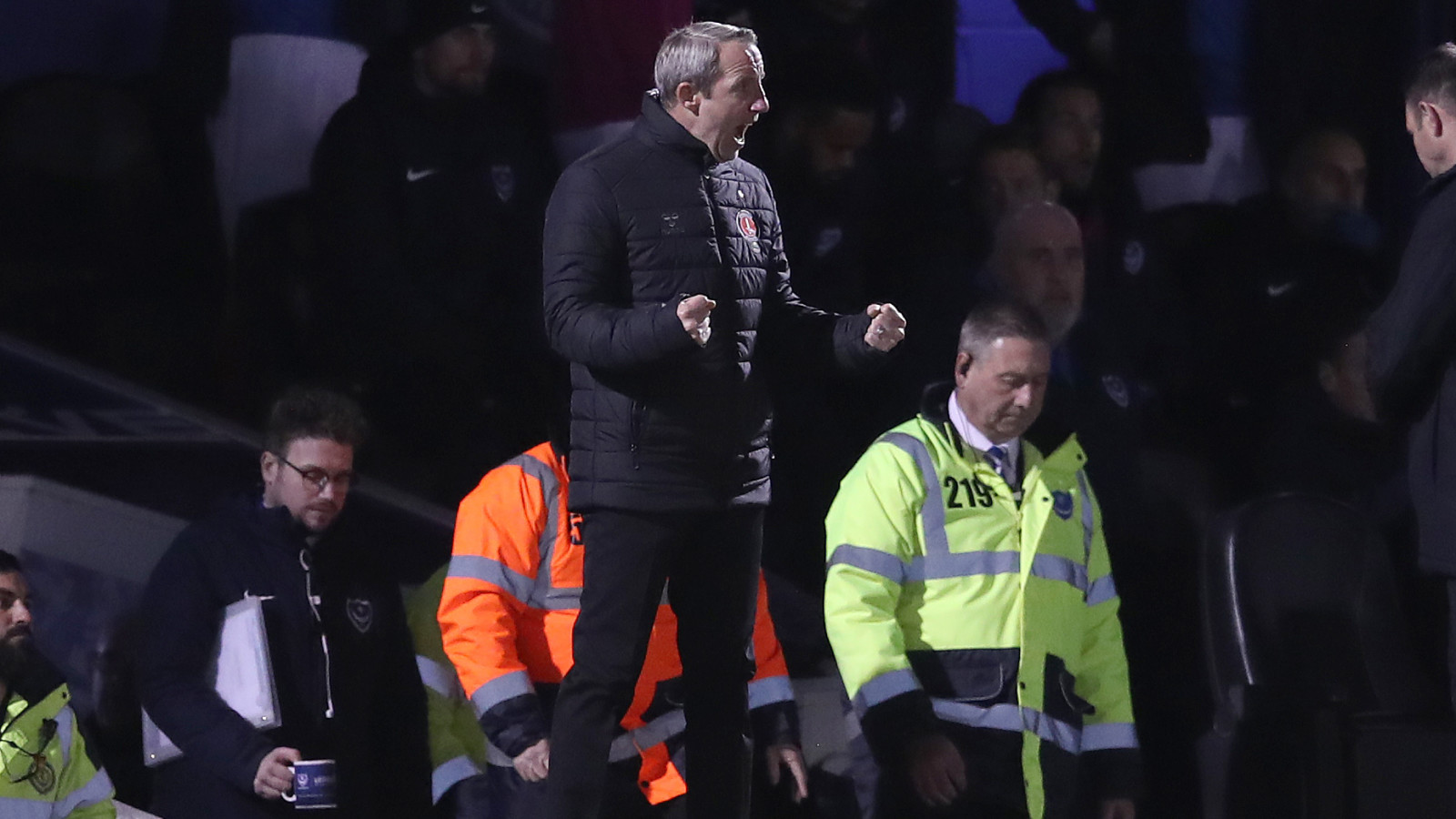 Lee Bowyer commended the passion on display from his players as they fought their way to an excellent 2-1 win at table-topping Portsmouth on Tuesday evening.

The Addicks galloped into a two-goal lead thanks to Karlan Grant and Nicky Ajose in the first half and stood strong against Pompey’s pressure in the second half, with players putting their bodies on the line left and right to help towards all three points, particulaly after Andre Green had grabbed a late consolation for the hosts.

And the Charlton boss was quick to re-emphasise the togetherness of his injury-hit squad for once again battling to victory.

“It was a real man’s performance and a real team performance,” he said.

“They were passionate and had togetherness and I think we deserved the three points.

“We controlled the game in the first half, limited their chances and obviously took ours. We kept the ball well and in the second half we had to dig deep.

“They’re top of the league and they’re good at what they do. They had the crowd behind them and we had to work hard, but that’s what we have here. We have players that can play and who can all stick together and fight as one.”

“We picked up another couple of injuries tonight and that’s what’s hurting us at the moment,” added Bowyer.

“But to come here and do what we’ve just done just shows the togetherness of the squad and how good they are.”

Bowyer once again hailed the travelling supporters for their part in the success at Fratton Park, with the 899 Addicks in attendance lending their voices from beginning to end and also highlighted the importance of being in the top six positions going into the Christmas period.

“Our crowd didn’t stop singing the whole game,” he said.

“So to come here again and get another result is fantastic and I’m just over the moon for everybody.

“It’s important to be in amongst it. You have to be around it at this stage of the season and you can’t let anyone get too far ahead. Portsmouth had won eight on the spin before tonight and you can see why they have.

“We’re in amongst it and this was our game in hand. We’re fifth now and we’re nearly halfway through so there’s a long way to go and a lot of points to play for, so we’ll get even better as the season goes on.”

Tickets for Charlton’s next game against AFC Wimbledon at The Valley are on sale and can be purchased online by clicking here.