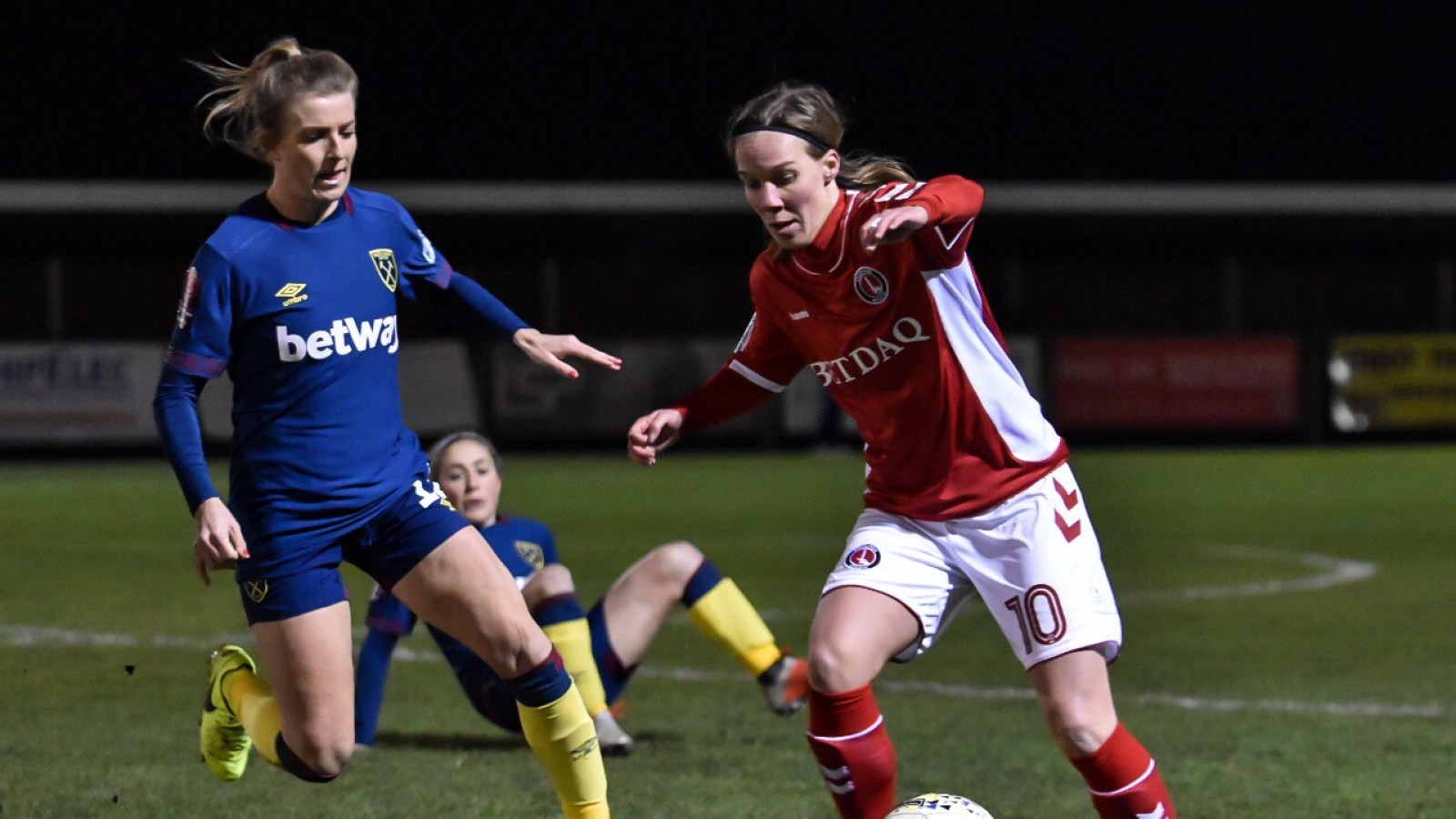 The Charlton women’s team bowed out of the FA Women’s Continental League Cup in the group stages, after suffering a 2-0 defeat to West Ham United at The Oakwood on Wednesday.

A much-changed Charlton side from the one that defeated Lewes to go joint top of the FA Women’s Championship pushed the top-flight Hammers all the way. They were eventually downed by second-half goals from Rosie Kmita and Alisha Lehmann.

It was the hosts, previously unbeaten at their new home ground, who came out of the traps quickest, pressuring their fully professional opposition from the off. Striker Gemma Bryan had the first effort of the game, which she volleyed narrowly over Becky Spencer’s goal.

It was a tight encounter to begin with, as both sides struggled to carve out goalscoring opportunities. Charlton’s defensive trio of Grace Coombs, Amelia Ritchie and Harley Bennett were all called upon to block dangerous-looking West Ham attacks, while Charlotte Gurr saw a clever free-kick well dealt with by the visitors.

Kate Longhurst had the final chance of the first half but could only shoot straight at Katie Startup in the Addicks goal.

Charlton were well in the clash at the half-way stage but the second period started in the worst possible manner as a route-one move straight from kick-off led to the opening goal. West Ham knocked the ball forward to the right byline, where Lehmann crossed to the back post for Kmita to head through Startup and into the net.

It was a sucker punch, catching Charlton napping just seconds after the half had begun. But their response was immediate with Amber Stobbs and Gurr sliding inviting crosses into the six-yard box. Bryan was just unable to get on the end of either.

With 55 minutes played, West Ham bagged their second. The away side won the ball high up the pitch and crossed for Lehmann, who was unmarked and made no mistake in firing past Startup.

Both sides had chances in the final half an hour, with the busy Lehmann crossing for Longhurst to fire over. Down the other end, the freescoring Liz Ejupi had a cross-shot that could only find the side netting.

Charley Clifford had the final effort of the match, firing a free kick from all of 40 yards out towards goal but Spencer did well to tip the ball over the crossbar.

Charlton finished fourth in the Conti Cup group with three points from four matches. Attention now turns to the first two games back after the Christmas break, with the visit of third-placed Durham and league leaders Manchester United to The Oakwood on January 6th and 13th respectively,