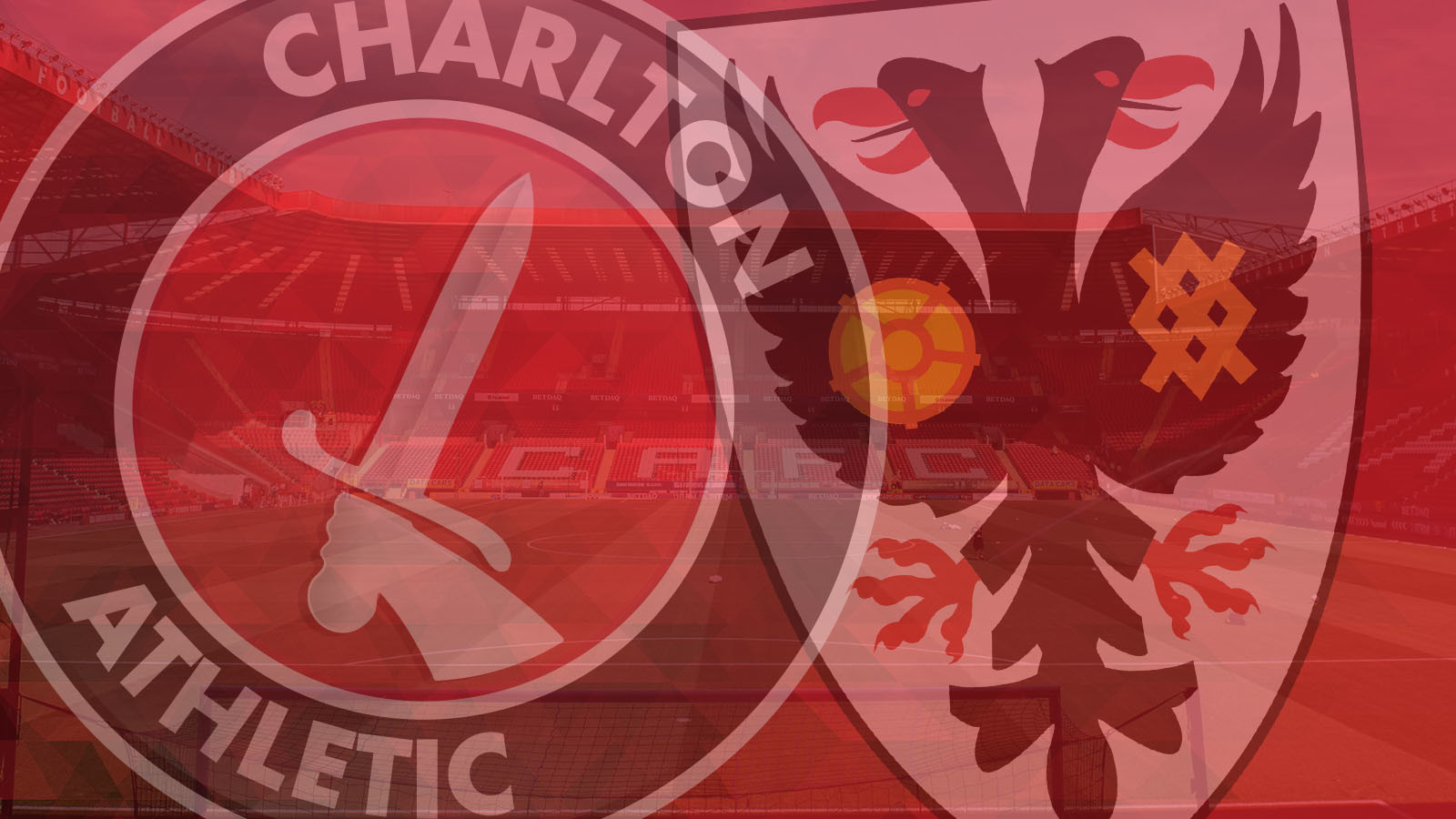 Lee Bowyer’s Charlton will be chasing their sixth victory from their last seven Sky Bet League One matches when they host AFC Wimbledon at The Valley on Saturday afternoon (3pm).

The Addicks earned a brilliant win over runaway leaders Portsmouth in midweek, a match that saw Karlan Grant and Nicky Ajose score and every Charlton player on the pitch put their bodies on the line.

Come the end of the 90 minutes, Bowyer’s men were walking wounded and the boss may have to shuffle pack again at the weekend, with Lyle Taylor, Grant, Krystian Bielik and Mark Marshall all picking up injuries during the victory.

The win moved Charlton up to fifth in the league table and another three points on Saturday could see them jump another place to fourth.

In AFC Wimbledon, though, the Addicks will face a team with a new Manager at the helm. Wally Downes’ first game in charge saw The Dons earn a point against Rochdale last weekend and, ahead of the busy Christmas period, they will want to move improve their league position of 23rd.

Charlton have doubts over Lyle Taylor, Krystian Bielik and Mark Marshall, who all picked up impact injuries at Portsmouth on Tuesday night. Karlan Grant is also a doubt with a hamstring injury.

Darren Pratley and Lewis Page remain sidelined with knee and hip problems respectively, and Josh Cullen and Igor Vetokele are also out with shoulder injuries. Jamie Ward is still out, as is long-term absentee Jake Forster-Caskey.

Tickets for Saturday’s home game remain on sale and full pricing information is available to view below.

Charlton Manager Lee Bowyer: “I know the new manager will get them motivated. I watched their game against Rochdale on Saturday and they were all committed and it is going to be tough and physical. We have to do what we do and we will respect them like we do every team we play.”

AFC Wimbledon boss Wally Downes: “In the first part of this week we worked on our shape, the positions we want to be in and how we want to approach the game. Now we get onto showing our players the strengths and weaknesses that Charlton have and they are very sharp up front.”

Charlton and AFC Wimbledon have met six times since the Dons reformed in 2002. The Addicks have earned one victory, while there have also been two draws and three wins for Wimbledon.

Last season at The Valley, Charlton earned a single-goal victory thanks to a free-kick from Ricky Holmes. Highlights of that match are available to watch on Valley Pass.

For 2018/19's match previews, we are dipping into the Valley Pass archive to look back on a previous encounter against Charlton's opponents. This time, we wind the clock back to 1999 when an own goal and a strike from Martin Pringle earned Alan Curbishley’s Addicks a top-flight win against the Dons…

Trevor Kettle will take charge of Saturday’s match at The Valley.

So far this season, he has overseen 22 games where he has brandished 77 yellow cards and four reds.

Kettle officiated the Addicks three times last season – all away from The Valley – for the matches against Rotherham United, Wigan Athletic and Blackpool.

He will be supported by linesmen Rob Smith and Joe Simpson and fourth official Darren Wilding.

Midfielder Joe Aribo stars in Saturday’s edition of Valley Review, for when AFC Wimbledon visit The Valley in Sky Bet League One.

The 22-year-old has been a standout performer for the Addicks so far this season and in his exclusive interview he discusses his start to the season, reveals why he rarely shoots from outside of the penalty area and also opens up about his ambition to one day play international football for Nigeria.

Saturday's edition of Valley Review is priced at £3 and can be purchased from in and around The Valley. To find out what else is in Saturday's programme, please click here.

On Saturday, the Fans’ Bar will be showing the early kick-off between Manchester City and Everton and late game between Fulham and West Ham United.

On the East Street menu for Saturday is jerk chicken and rice, while the ‘sausage of the match’ is a jumbo pork sausage served with fried onions served a sub roll.

Supporters will be able to donate non-perishable foods to Greenwich Foodbank between midday and 3pm. Food will be collected in the West Stand car park. For more information, please click here.