Kids For A Quid back for Charlton's clash with Accrington Stanley 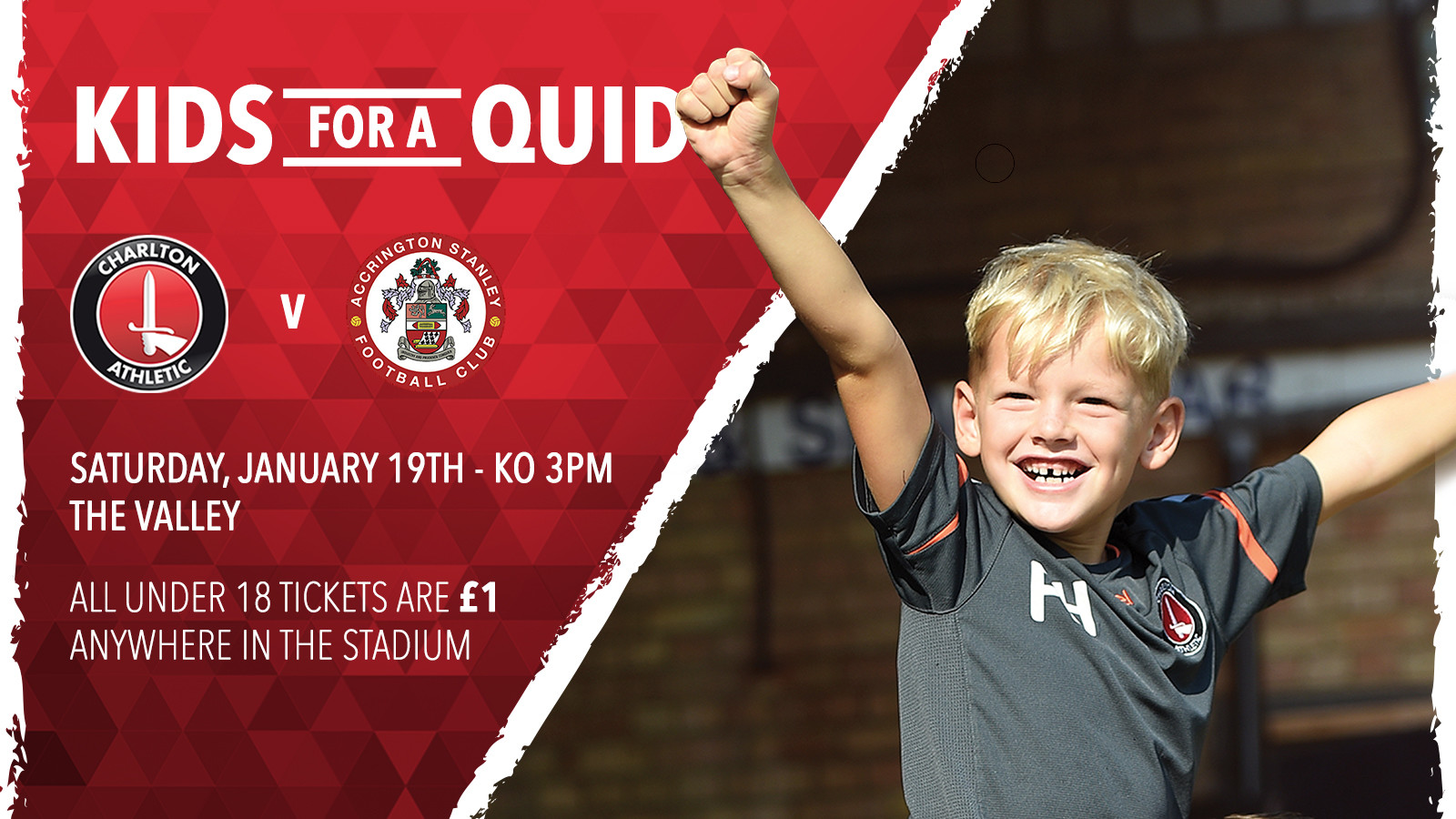 U18 tickets will be priced at just £1 each when Charlton host Accrington Stanley at The Valley on Saturday, January 19th, as the club’s Kids For A Quid ticket initiative makes its second appearance of 2018/19.

The scheme has been an annual event at The Valley for a number of years and the clash against Stanley will be the second time this season that families have been able to take advantage of it.

In October, all U18 seats were priced at £1 for the game against promotion-rivals Barnsley, a match that Lee Bowyer’s Addicks comfortably won 2-0.

Tickets for January’s game with Accrington will go on sale on Thursday, December 20th. They can be purchased online by clicking here, by phone or by visiting The Valley in person. Full pricing information is available to view below.