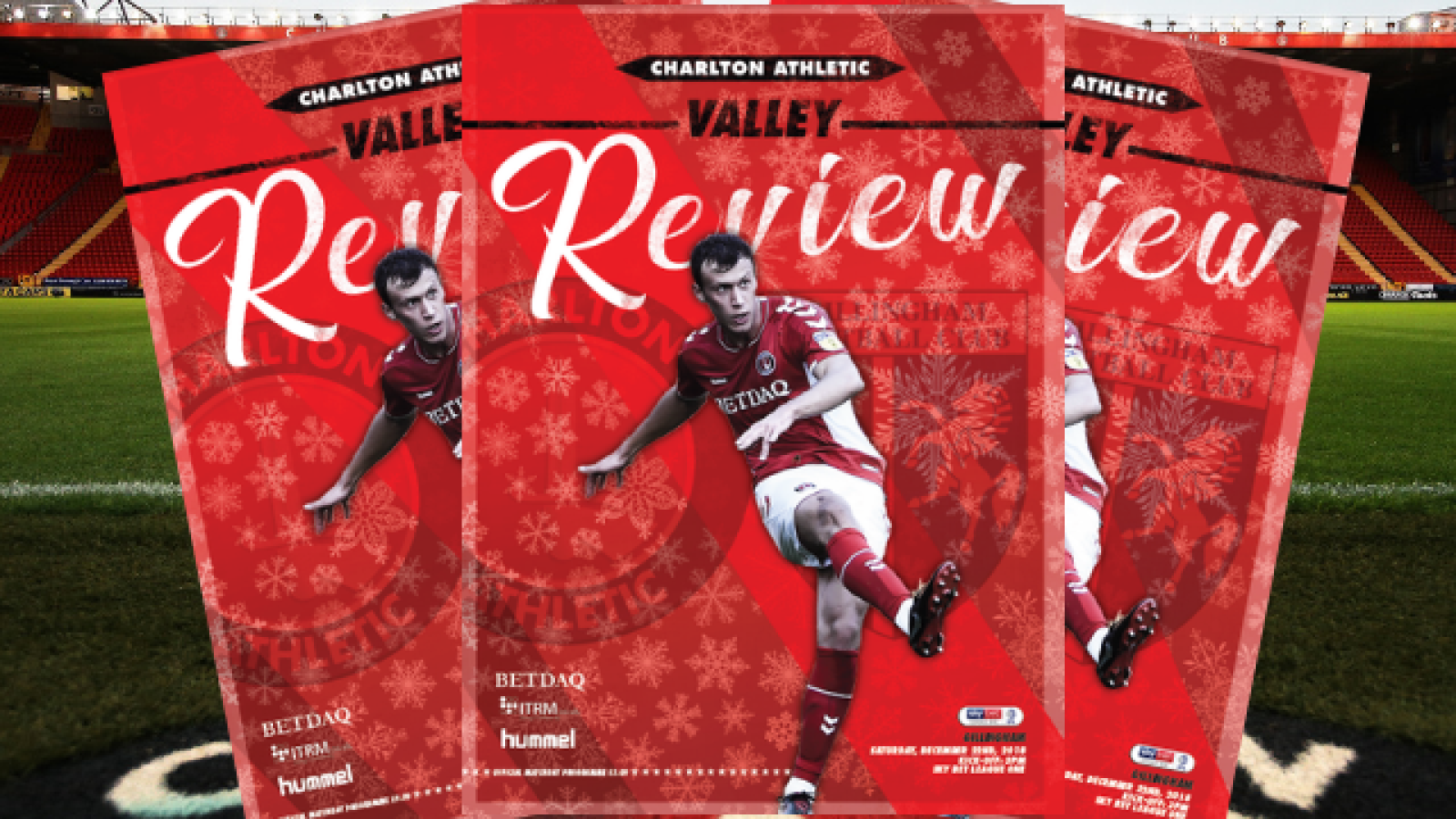 Krystian Bielik stars in Saturday’s official matchday programme for the visit of Gillingham.

The Midfielder, on loan from Arsenal, reflects on the season so far and what life is like for him in England after moving abroad at a young age. The Polish born midfielder also compares the football in Poland, the plans for the rest of the season with the Addicks and what the future lies for him regarding football.

Throughout the programme, we build up to Saturday’s game against Gillingham with past encounters between the two clubs. Going all the way back to 1974, a Keith Peacock goal proved to be decisive and then fast forwarding all the way to last season, where Charlton cruised to a 3-0 victory over the Gills.

It’s also Chris Powell’s turn to pick his favourite players in “My Addicks XI”. The former player and manager reckons the team he has assembled “might even get more than 101 points in League One”.

Meanwhile, the Charlton Museum explore the history of the club’s association with the UK’s favourite festive bird – the robin.

As well as the first team, there is a chance to delve into the academy and read Steve Avory’s half term report. The academy is a huge part of the club and one of the most productive within the country, with five first team players currently involved under Lee Bowyer at the moment that were once part of the academy.

Lastly, football is nothing without the fans and the focus is on them once more. The #PrideOfTheValley returns, with passionate Australia-based fan Guy Chalkley answering questions about his favourite times as a Charlton fan.

Supporters are now able to purchase back issues of Valley Review via the club’s online ticketing website.