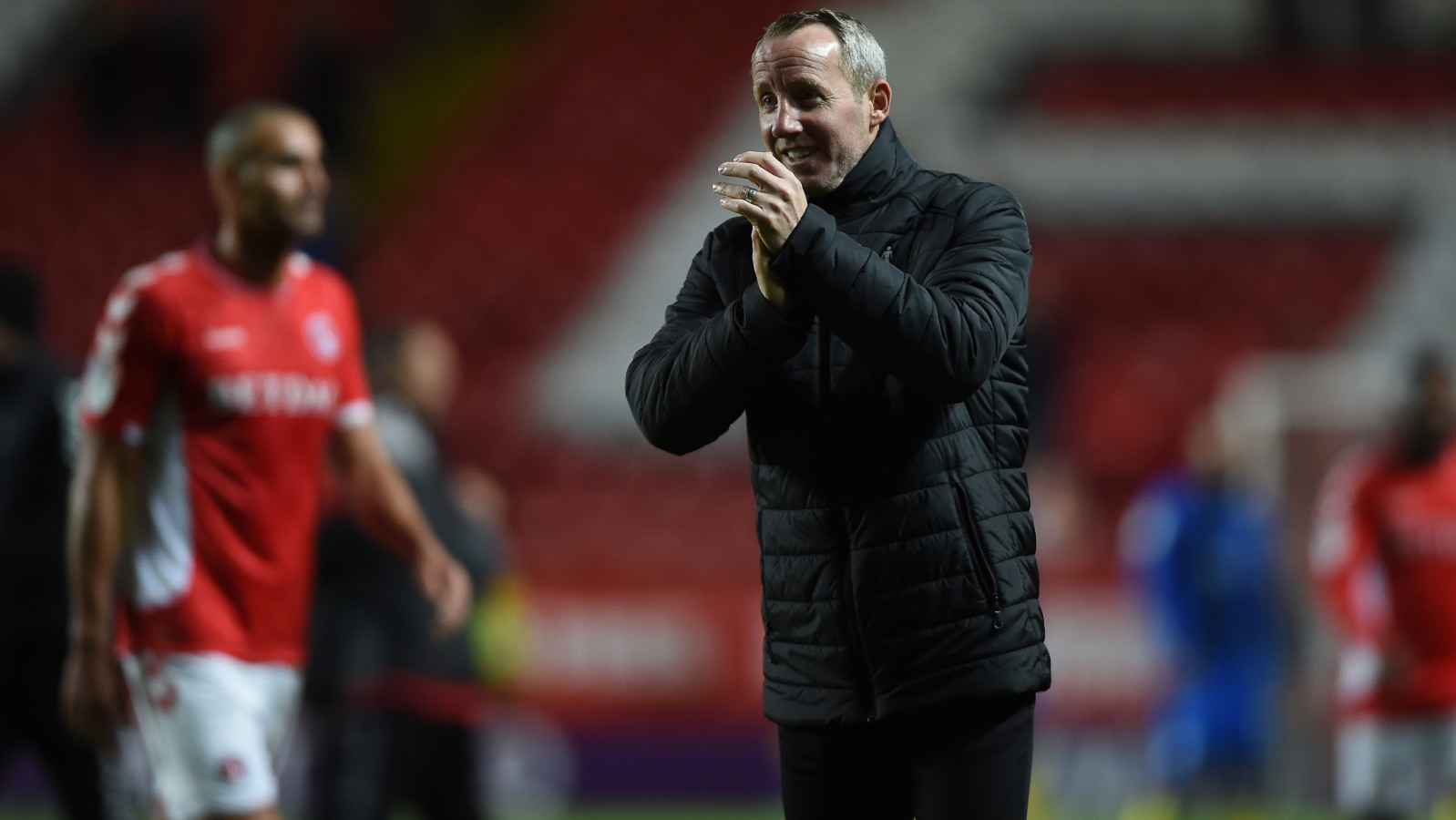 The Addicks made it seven wins in eight games with a 2-0 win at home to Gillingham today but Lee Bowyer, while pleased with the three points, was not delighted with his team’s performance.

Ben Reeves and Tariqe Fosu scored in the first half and Jed Steer was rarely tested in the Charlton goal but Bowyer still believes his side can do better.

Speaking in his post-match press conference, which will be available on Valley Pass this evening, Bowyer said: “I probably would say that is the worst we’ve played for a while. We were scrappy at times, we gave the ball away sloppily, that isn’t like us. I thought we deserved to win. I think we controlled the game ok. We gave a lot of silly fouls away and they got a bit of pressure from that but other than that I thought that we were the better side and we deserved to win.

“I don’t know why, we don’t like killing off teams for some reason. I said to the lads ‘It was a good win, you deserved to win but that is not you at your best. So get yourselves home and get ready for the next one.' We’ve got three points and we’ve moved up another place so it’s a good day but I know what they are capable of. I’m not disappointed but it gives me the hump when they don’t do it properly at times.”

The Addicks didn’t come through the game unscathed though with both Joe Aribo and Lyle Taylor substituted.

Bowyer explained: “Joe Aribo came off struggling with his knee. Lyle came off, he’s ill, he’ll be alright though. Hopefully Joe will be ok. He said his knee is really sore and so fingers crossed Joe will be alright. The last thing we want to do is lose another midfielder.”

The Charlton manager had hoped to have Jamie Ward and George Lapslie back on the bench for today’s game but both were again unavailable. Bowyer said when asked who could be back for the Boxing Day trip to Coventry: “Ward maybe, maybe George. We thought they were both going to be on the bench today. That wasn’t the case. We’ve got three or four days so I’m hoping we’ll have both of them back for the Coventry game. There are three close games together so we’ll have to rotate, the more players we’ve got back the better.

“Tomorrow is going to be our only day off for the next two weeks. Tomorrow they’ll have a rest day but then they’ll be in Monday and Tuesday, play Wednesday, in Thursday, Friday, play Saturday. Tomorrow is the only day, so enjoy it.”