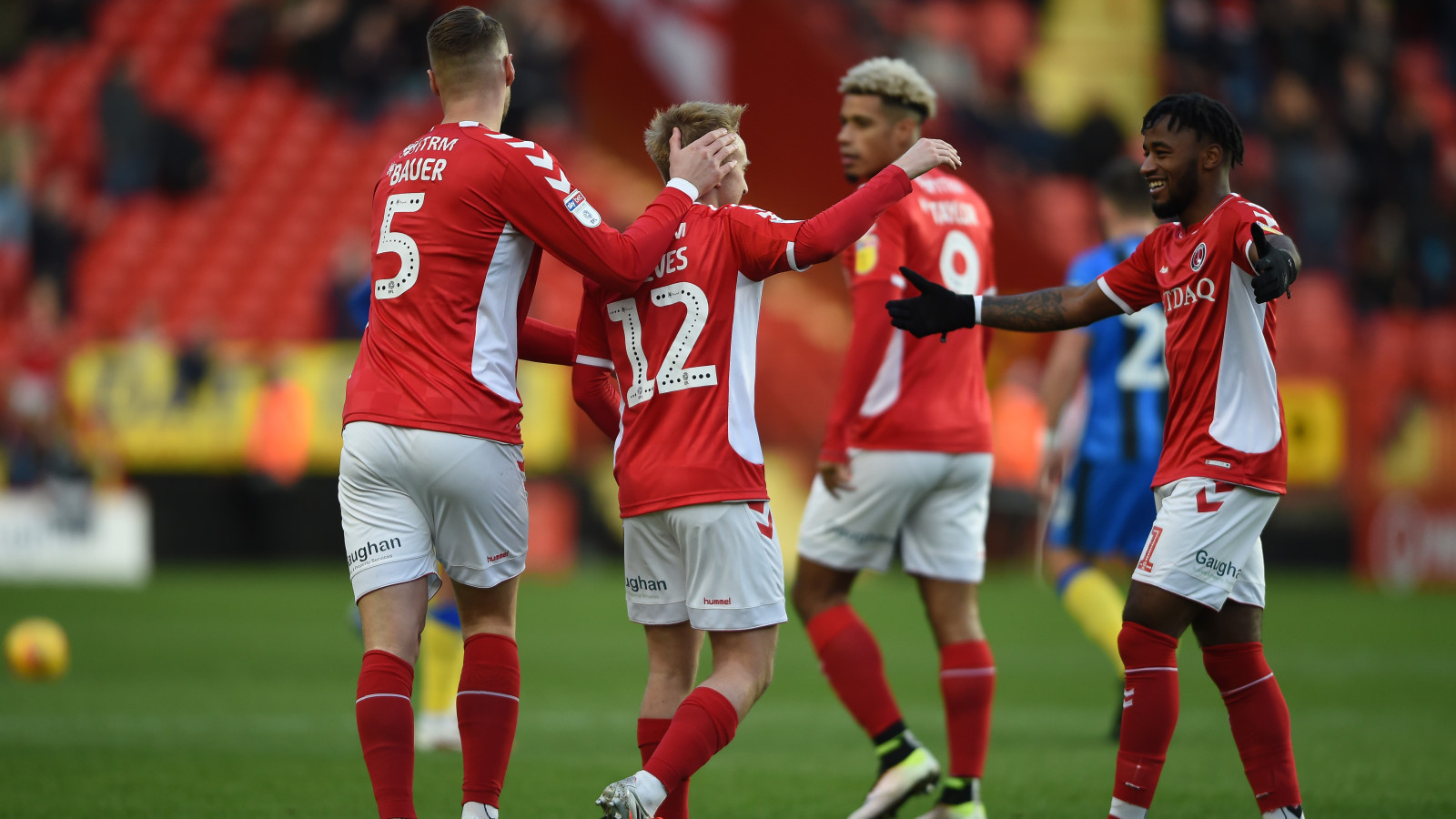 Charlton provided the Valley Faithful with an early Christmas present by comfortably beating Gillingham in SE7 on Saturday afternoon.

The victory – the Addicks’ seventh in their last eight Sky Bet League One matches – was secured by first-half goals from Ben Reeves and Tariqe Fosu.

Charlton dominated the first period and, in the second half, they managed the game out expertly and the win lifts them to fourth in the league table.

Next up for Lee Bowyer’s side is their Boxing Day trip to Coventry City where they will no doubt have their eyes on another set of three points.

In terms of team news, Bowyer made one change from the team that beat AFC Wimbledon last weekend, with Anfernee Dijksteel coming in to replace the suspended Naby Sarr.

Dijksteel slotted in at right-back with Chris Solly moving across to left full-back and the Addicks were otherwise unchanged.

Gillingham came close to breaking the deadlock on three minutes when a Connor Ogilvie strike bounced against the outside of the post, after Charlton had failed to clear a free-kick, and at the other end the hosts then grabbed the lead.

Dijksteel pounced upon a poor throw-out from Gills goalkeeper Tomas Holy and found Reeves on the right. He, in turn, played a lovely one-two with Fosu and then made no mistake with his finish past Holy.

It was a great goal and the Addicks could have doubled their lead on the quarter-hour mark. Joe Aribo found Fosu on the left and he advanced into the box before firing a strike against the underside of the crossbar.

More great footwork from Fosu saw the Addicks carve out their next chance on 33 minutes. He got to the byline, dummied his way beyond two defenders and cut the ball back to Nicky Ajose, who just could not control the pass.

On 37 minutes, Charlton should have made it two. Lyle Taylor controlled a long ball forward, fed Fosu and he played in Reeves, who saw his first-time strike well saved by the legs of Holy.

But two minutes later, it was two. Fosu – unplayable in the first half – picked up possession on the edge of the Gillingham box and, after getting a bit lucky with a bit of mis-control, he thumped the ball into the top corner with a curling strike.

It was another fantastic goal – the winger’s second of the season – and it gave the Addicks a more-than-deserved two-goal lead heading into the interval.

Gabriel Zakuani headed wide for The Gills two minutes into the second period and the game’s next opportunity came via head of Patrick Bauer.

He had a header deflected wide for the Addicks and, from the corner that followed, Reeves stood up a cross that bounce out off the top of the crossbar.

Reeves then slashed a 25-yard strike wide with 74 minutes on the clock and, 10 minutes from time, the Addicks’ opening goal scorer curled a free-kick just over the bar.

That proved to be the final chance as the south-east Londoners eased to another Valley victory.