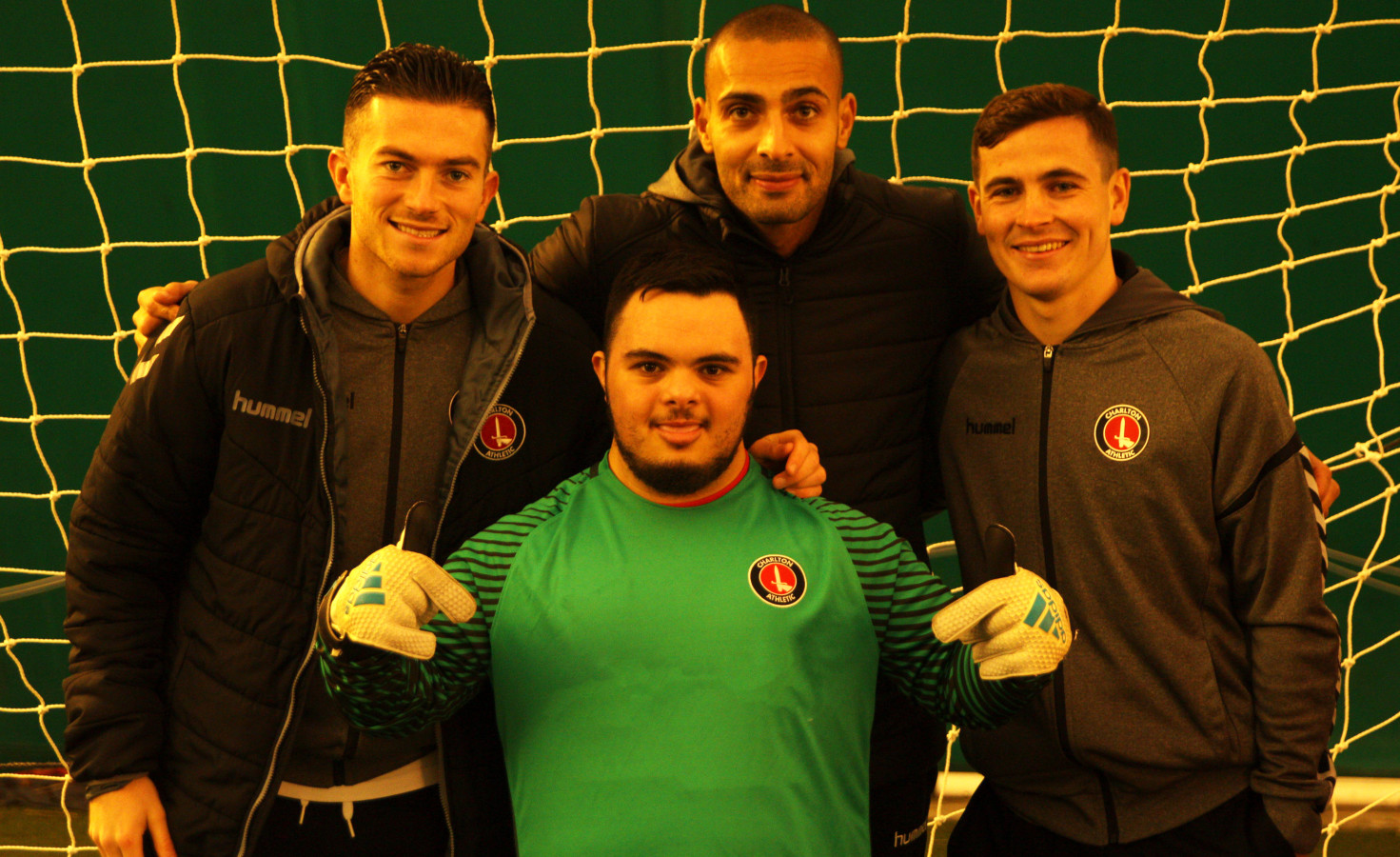 The event, sponsored by Charlton Athletic Community Trust (CACT) patrons Regular Cleaning, brought 30 Upbeats to the University of Greenwich’s Dome in New Eltham along with family and friends.

The players handed out Christmas presents, did a Q&A and had their photos taken with the Upbeats, who then made their way over to The Valley to watch Charlton beat AFC Wimbledon 2-0.

The Upbeats have had a successful year, winning their eighth DS Active National Tournament title, their seventh in a row.

Josh Cullen said: “It’s good to be able to show support for a good cause. It was a pleasure to come down.

“The Upbeats have been national champions for seven years running and it’s good for everyone to be able to get involved, play competitive football and enjoy themselves.”

Terry Peart, CACT’s Disability & Mental Health Coordinator, said: “It’s a special time of year for the Upbeats to enjoy a Christmas party after having such a busy year of training.

“I would like to say a special thank you to ITRM for their continued support and to patrons Regular Cleaning for once again picking up the cost of the party.”