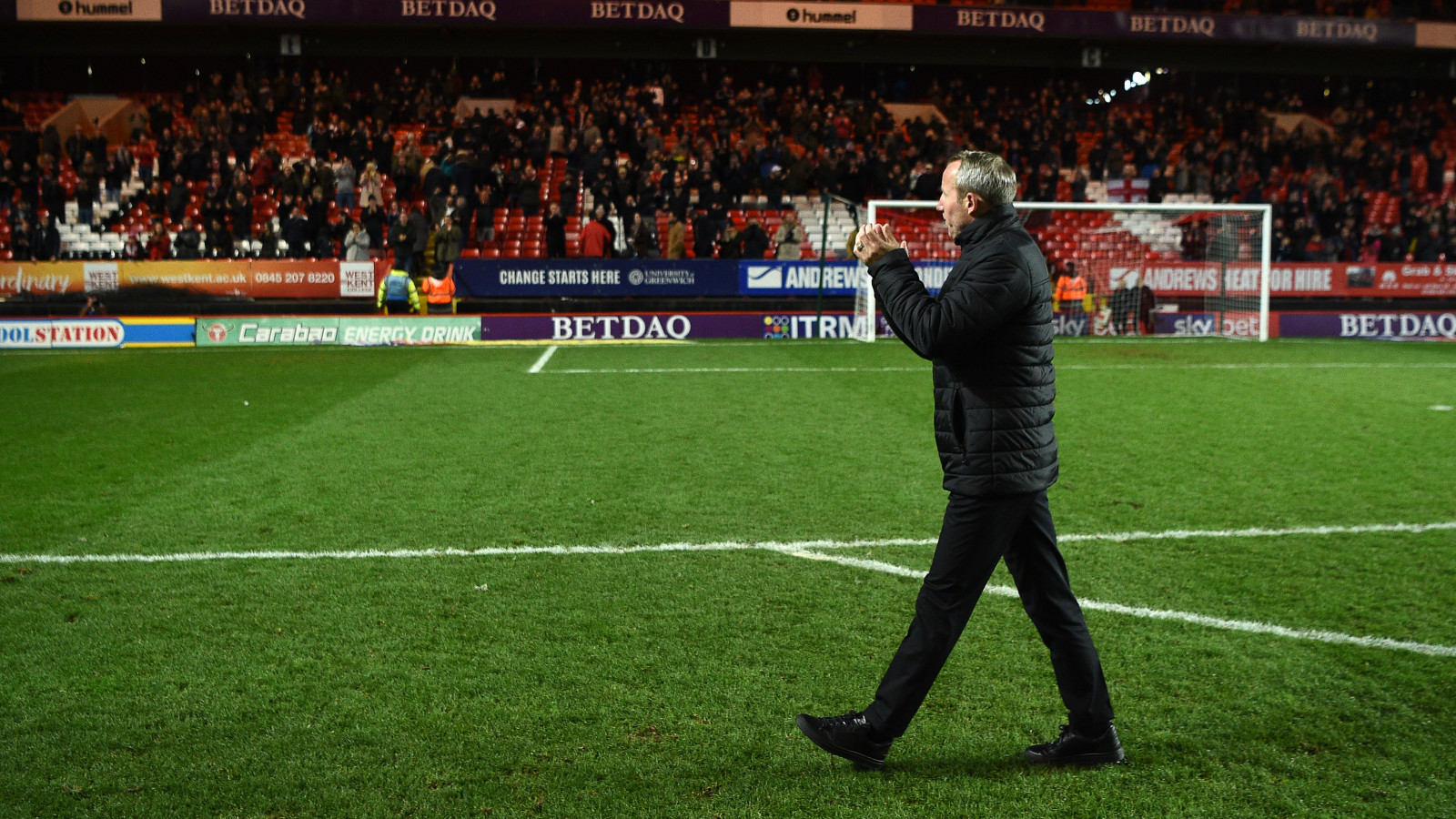 Charlton manager Lee Bowyer is looking forward to returning to The Valley for this afternoon’s New Year’s Day game against Walsall.

The Addicks have won their last four home league games at The Valley and are unbeaten in six at home but suffered away defeats to Coventry City and Barnsley in the last week.

Bowyer explained: “It will be good to get back home. We’ve had a couple of tough ones this Christmas period away from home. With everything that’s been going on injury wise, it’s been tough for us.

"It will be good to get back home and get our own fans behind us. The players are tired at the moment, we’re just trying to pick them up, so we need the crowd today for sure. If there is a good time to be playing at home it is definitely today.”

Bowyer credited The Valley faithful for his side’s good run of form at home: “We have our own crowd behind us who don’t stop singing the whole game. That’s obviously a positive, that’s obviously going to help.

“We move the ball better at home. At Coventry the pitch was horrendous, it didn’t suit us. We’re a good side, a strong, solid side at home. It’s going to be tough, as long as we do the right things in and out of possession, as long as we compete, because it’s going to be a physical game, I have no doubt we’ll move the ball well and create chances because we create chances every game. It’s definitely a game where I ask the fans to get behind the lads from minute one, because the players need a pick-me-up at the moment.”

The Addicks beat Walsall 2-0 in November and the visitors had an impressive 2-2 draw with Luton Town at the weekend.

Bowyer said: “They’re a good footballing side, they’re quite young in the middle of the park, they look to play. They are physical up top so it is going to be a tough game. We went there and did well, we got a good result.

“They matched up Luton at the weekend and went diamond for diamond so there is every chance they’ll try and match us up. We’ll be ready and the players will give 100% like they do every game.”