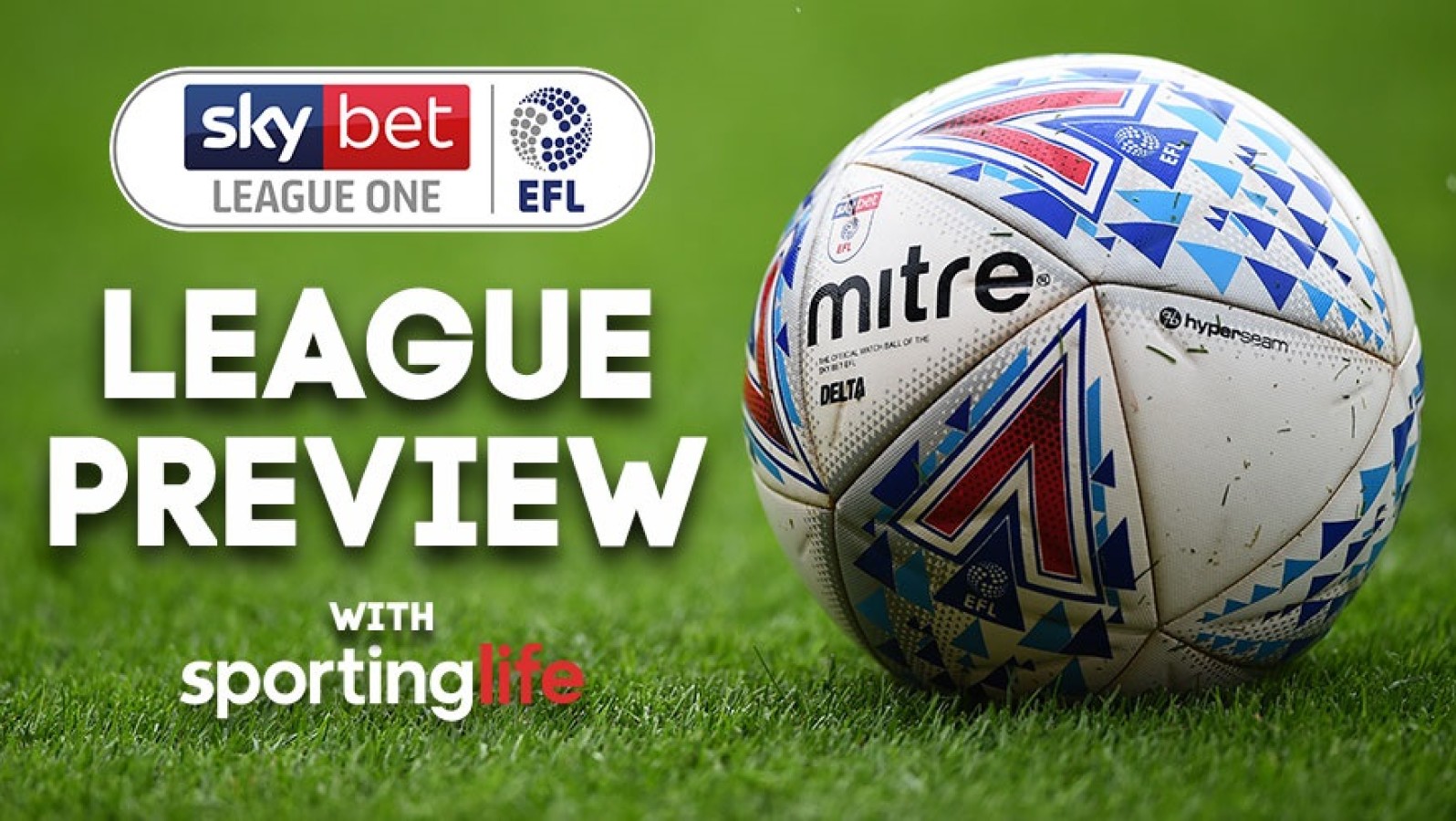 It continues to be an exciting season in Sky Bet League One. Sporting Life’s Tom Carnduff previews the latest action.

Portsmouth sit comfortably at the top of the table with a five-point gap between themselves and second-placed Luton.

Kenny Jackett’s side have gone from strength-to-strength this season and are firmly on-track for promotion back to the Championship. They have lost just three of their 26 games so far.

This week sees them welcome Blackpool to Fratton Park, who have hit a rough patch of form following a strong start.

They still sit in the top-half though and have managed to pick up points against the likes of Charlton and Luton already.

The Hatters saw their manager Nathan Jones depart for Stoke this week, highlighting the good work he has done during his time at the club.

They have a huge clash at Sunderland, where victory could move them four points clear of the Black Cats in third.

It won’t be easy though. Sunderland are yet to taste defeat in the league this season at the Stadium of Light. Jack Ross’ side, and the club itself, are certainly on the up.

One side still in the race for automatic promotion is Charlton, who will be looking to close any gaps created from that game in the north east.

Lee Bowyer’s side drew with Sunderland in their last league game, and they’ll be looking to end of a run of two consecutive defeats on the road at Shrewsbury.

Despite sitting in the bottom-half, Salop have one of the best home records in the division with just two defeats from 13 in Shropshire.

It’s an exciting Yorkshire derby at Oakwell where Barnsley take on an in-form Bradford.

The Tykes also boast an unbeaten home record, but David Hopkin’s Bradford side have won four of their last five in the league.

Hopkins’ hard work didn’t go unnoticed as he was nominated for the League One Manager of the Month award for December.

Currently occupying the final play-off spot is Doncaster. Rovers are full of confidence under Grant McCann and currently enjoying a three-game winning streak.

This week takes them to Wycombe. The hosts aiming to end a run of four losses on the bounce, although they did pick up two home wins before that.

The one side within touching distance of the top-six is Peterborough, who bounced back from defeat to Middlesbrough in the FA Cup with a win over Chelsea in the Checkatrade Trophy.

Steve Evans will know his side need to improve their form at home, and Rochdale pose a tough test given the fact they sit in the top-half for points gained on the road.

Coventry’s eleven wins and eleven losses puts them in eighth, although their form has improved as the season has progressed.

AFC Wimbledon are the visitors on Saturday. The Dons are looking to close the five-point gap between themselves and safety.

Results have picked up since a managerial change though and they have lost just one of their last four.

Joining Wimbledon in the relegation zone is Plymouth, who have four points from their last possible six.

Southend stands between them and being level on points with 20th. Chris Powell’s men have won three of their last four in front of their own supporters.

One of the division’s form sides is Bristol Rovers. They had a very positive festive period after winning three games and drawing the other.

That puts them outside of the drop zone, and victory again could move them up to 17th in the standings.

It’s Rovers’ turn to go on the popular away trip to Accrington this weekend. Stanley are aiming to bounce back after two defeats.

Burton may have been hammered 9-0 by Manchester City in midweek, but they know they have an important task against Gillingham next.

Their achievements in getting to the semi-final of the Carabao Cup should be applauded though, and it’s worth remembering that City hit seven past Premier League teams last season.

Gillingham are one of the sides looking to push themselves away from trouble, with just one win in their last four seeing them still in 19th.

Scunthorpe have been very active in the transfer market as Stuart McCall welcomes five new faces to his squad.

The Iron are in good form recently too with three consecutive victories. They’ll fancy their chances away at Walsall – although the Saddlers will be eager to end their current run of six games without victory.

Fleetwood are a strong side in front of their own supporters. Joey Barton has three wins in their last four, which puts them in a good position against an Oxford side who are still waiting for that first victory on the road.

Three points could go a long way in helping the Cod Army close in on a play-off place, while an away win may see Oxford move out of the bottom-four.