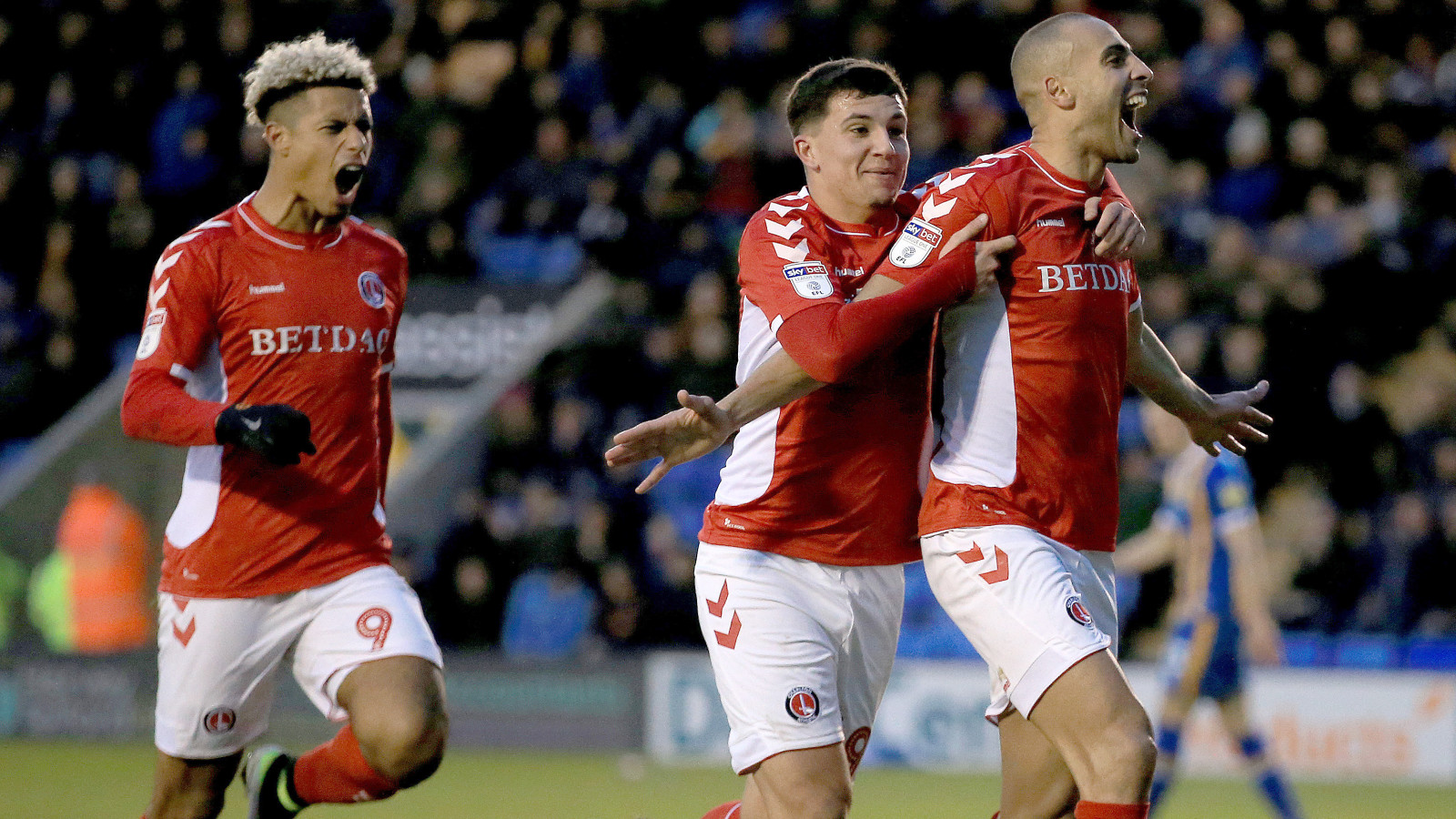 A dominant performance saw Charlton continue their push for promotion by earning a 3-0 victory at Shrewsbury Town on Saturday afternoon.

Leading at half-time through Lyle Taylor’s 15th goal of the season, a second-half strike from Darren Pratley and a Karlan Grant penalty added gloss to the score-line for Lee Bowyer’s men.

In truth, the three-goal deficit flattered the hosts – who had previously gone 10 matches unbeaten at home – and Charlton will now turn their attentions to next Saturday’s home game against Accrington Stanley.

In terms of team news, Bowyer made two changes to the side that started against Sunderland last weekend.

New signing Jonny Williams came in for his full Charlton debut and fellow new recruit Ben Purrington did likewise, with the duo replacing Anfernee Dijksteel and Tariqe Fosu, who both dropped to the bench.

The first shot of the game was Shrewsbury’s and it arrived on three minutes when an Ollie Norburn free-kick was cleared as far as Josh Laurent, who hooked a strike narrowly wide.

The Addicks carved out a good chance of their own with eight minutes on the clock. Having collected possession from Taylor on the half-way line, Williams drove forward and found Grant on the edge of the box and his curling effort was tipped over the bar by Steve Arnold.

From the corner that followed, Pratley had a strike deflected over and with 17 minutes gone Taylor saw a low cross well gobbled up by Shrews goalkeeper Arnold.

Charlton had started the better but they were indebted to Dillon Phillips for keeping the scores level on 21 minutes. Aaron Holloway headed a deep cross back into the danger zone and Laurent met the knock-down with a first-time strike that the goalkeeper saved brilliantly with his legs.

It had been a real end-to-end start and Charlton were next to go close on 25 minutes. Grant fired a low shot at goal from 20 yards that Arnold tipped behind and, from the resulting corner, they would break the deadlock.

Albie Morgan’s flag-kick was headed against the inside of the post by Shrews man James Bolton and Taylor was perfectly placed to tap the ball home from on the goal-line.

The goal brought Taylor’s Addicks tally to 15 and, following his deadlock breaker, the fast pace of the match slowed down.

It took until first-half stoppage time for the next opportunity to arrive. When it did, it was Shrewsbury’s. Left-back Ryan Haynes cut inside onto his right foot a fired a shot goalwards that Phillips parried behind.

The Addicks held a one-goal lead at the half-way stage and they should have made it two a couple of minutes into the second half.

Grant was put clean through on goal by a mis-placed through ball but, with only Arnold to beat, he could not beat the goalkeeper who stood tall to save his strike.

Grant went close again on 51 minutes. He just about beat Arnold to Taylor’s through ball but his first-time shot flashed just wide.

Charlton’s start to the second period had warranted a second goal and they did get it on 55 minutes. Williams sent in a low cross – following some good work on the left flank – and after Luke Waterfall had only half cleared the ball Pratley hammered a strike into the corner of the net.

It was some hit from the experienced midfield man and his team almost made it three on the hour mark when substitute George Lapslie sent in a low cross that Taylor steered just wide.

On 67 minutes, it was so close to being 3-0. Another Taylor cross caused chaos and Shrews defender Bolton inadvertently turned the ball over his own crossbar at the far post.

Bowyer’s boys carved out another great chance three minutes later. Grant raced clear again and looked to have rounded goalkeeper Arnold, only for the stopper to dive at the striker’s feet and save his close-range strike.

And with 75 minutes gone, the south-east Londoners created another golden opportunity. Williams stood up a cross to the far post and Bauer headed it just wide.

Charlton did get their third on 80 minutes and it was Grant who created it and scored it. He sped clear on the left flank after nutmegging Bolton on the half-way line and drove forward before being hauled down inside the box by Anthony Grant.

Referee Anthony Backhouse had no hesitation in pointing to the penalty spot and the Addicks striker picked himself up and dispatched the ball into the corner of the net.

Substitute Mark Marshall tested goalkeeper Arnold in stoppage time with a low strike and that rounded off the chances for the Addicks in a match that they had completely dominated and deservedly won.