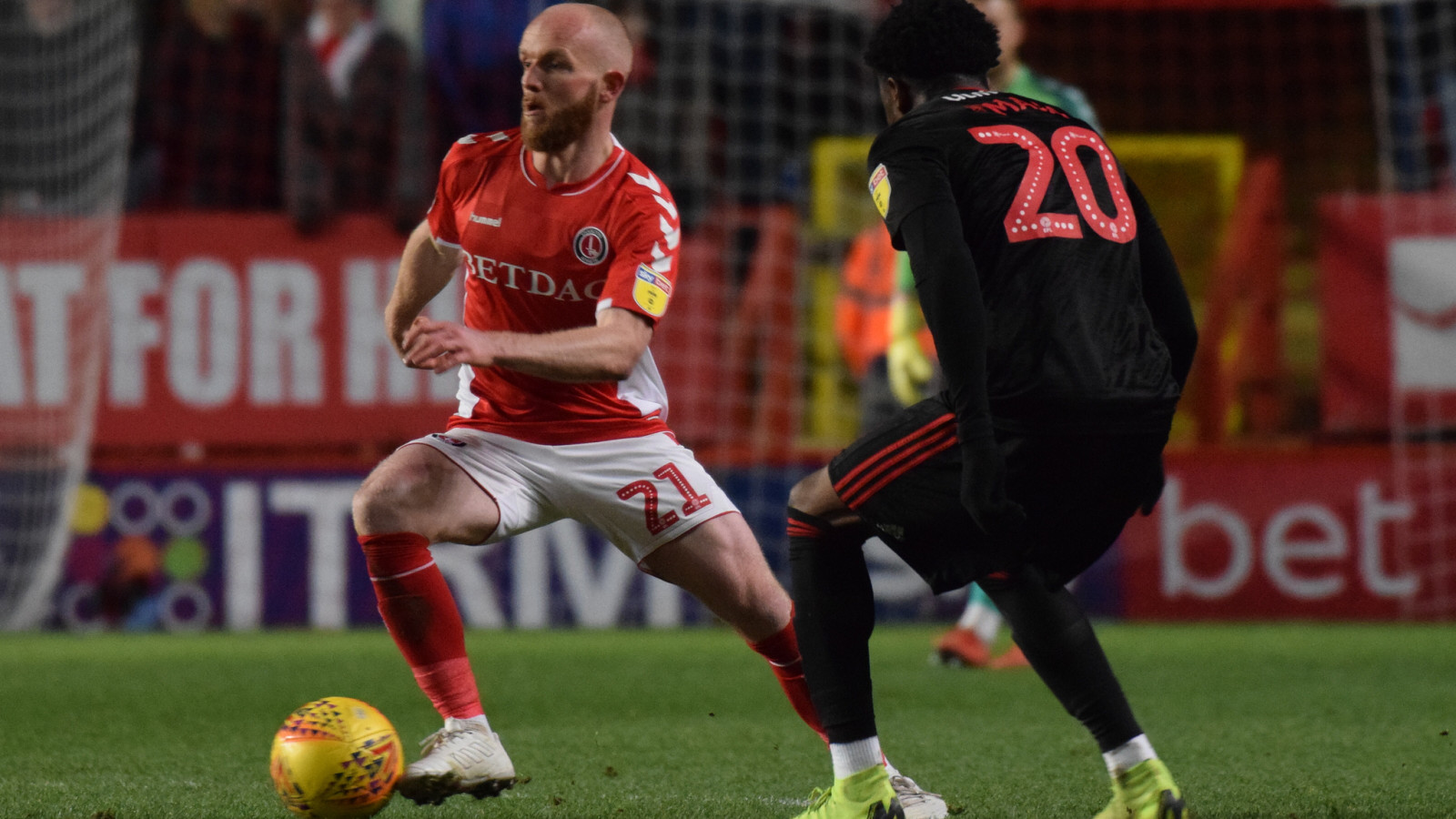 The left back signed for the club on Thursday and is joined in the starting line-up by Jonny Williams, who makes his first start for the Addicks after arriving from Crystal Palace last week.

Chris Maxwell, who joined on loan from Preston North End on Tuesday, will be on the bench for today’s game.

Purrington and Williams are the only two changes from the side that drew with Sunderland last weekend. They come in for Anfernee Dijksteel and Tariqe Fosu who both drop to the bench.

The team are expected to play Bowyer’s preferred diamond formation. Dillon Phillips keeps his place in goal after good showings against Walsall and Sunderland. With the arrival of Purrington to play left-back, captain Chris Solly moves to his favoured right-back position with Patrick Bauer and Naby Sarr at centre half.

Krystian Bielik is expected to hold in midfield with Darren Pratley and Albie Morgan ahead of him. Jonny Williams will likely play behind the front two of Lyle Taylor and Karlan Grant.

There is a return to the bench for George Lapslie, who has been out with concussion since Boxing Day.

Live commentary of the game begins on Valley Pass from 2.45pm. Valley Pass costs just £6.50 a month or £30 for the rest of the season and you can sign-up here.