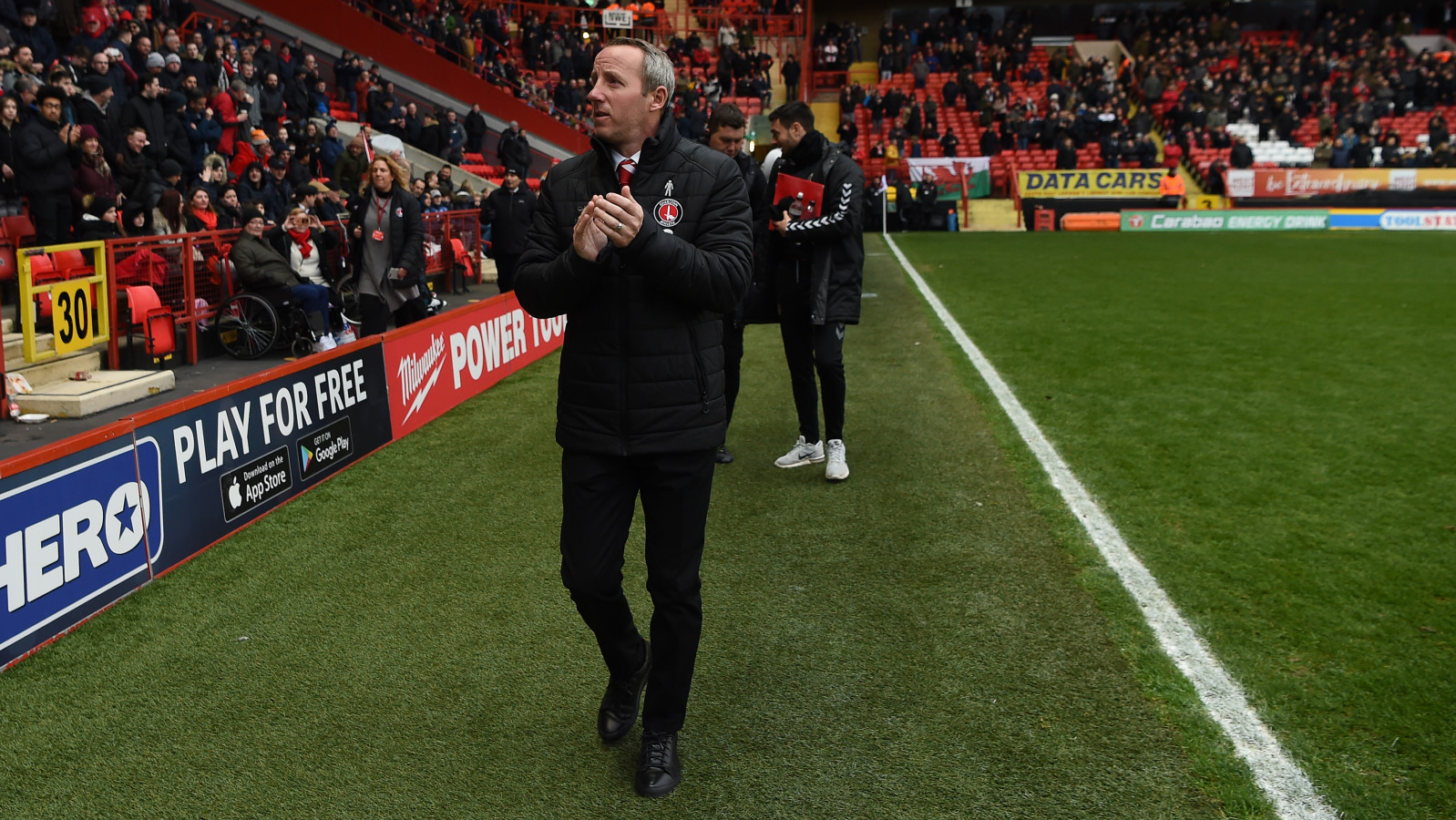 Charlton boss Lee Bowyer said he will be appealing the sending off of Lyle Taylor in today’s 1-0 win at home to Accrington Stanley.

The Addicks front man received his marching orders with Accrington keeper Jonny Maxsted in the 82 minute and Bowyer felt neither should have seen red.

“100 per cent we’ll be appealing it. He’s not done anything wrong from what we’ve seen. He got bundled onto the floor with the keeper and that happens all the time. So I don’t understand why they got sent off. If you see the incidents after, when Lyle is on the floor, then there is a lot of incidents there that people should be getting sent off for. That’s not for me to decide. We will be appealing as I can’t see what Lyle has done.”

Karlan Grant scored a stoppage-time penalty as Charlton secured a crucial three points and Bowyer was impressed that his striker remained focused despite delaying tactics from the opposition.

He said: “He had to stay strong and positive. Thankfully he did both of them and was able to put it away. I’m pleased for him and I’m pleased for everyone to do with the football club. You can tell that everybody was there and wanted to win the game and the lads gave everything. It would have been harsh on them if we didn’t get the three points given the amount of effort and commitment they showed.

“It was a very tough games. I said in my notes before the game it was going to be tough. It was tough when we played them up there, they are a good side, they are a physical side. I knew they were going to make it difficult but I think overall I thought we deserved it if you look at the full 90 minutes. Dillon made a couple of saves but overall I think we deserved it with possession and the amount of chances we did create.”

Lee Bowyer's post-game press conference will be available on Valley Pass this evening. A half-season pass costs just £30 while a monthly pass is £6.50. Click here to sign-up.

Get your Football For A Fiver tickets for our home game against Blackpool on February 16th.