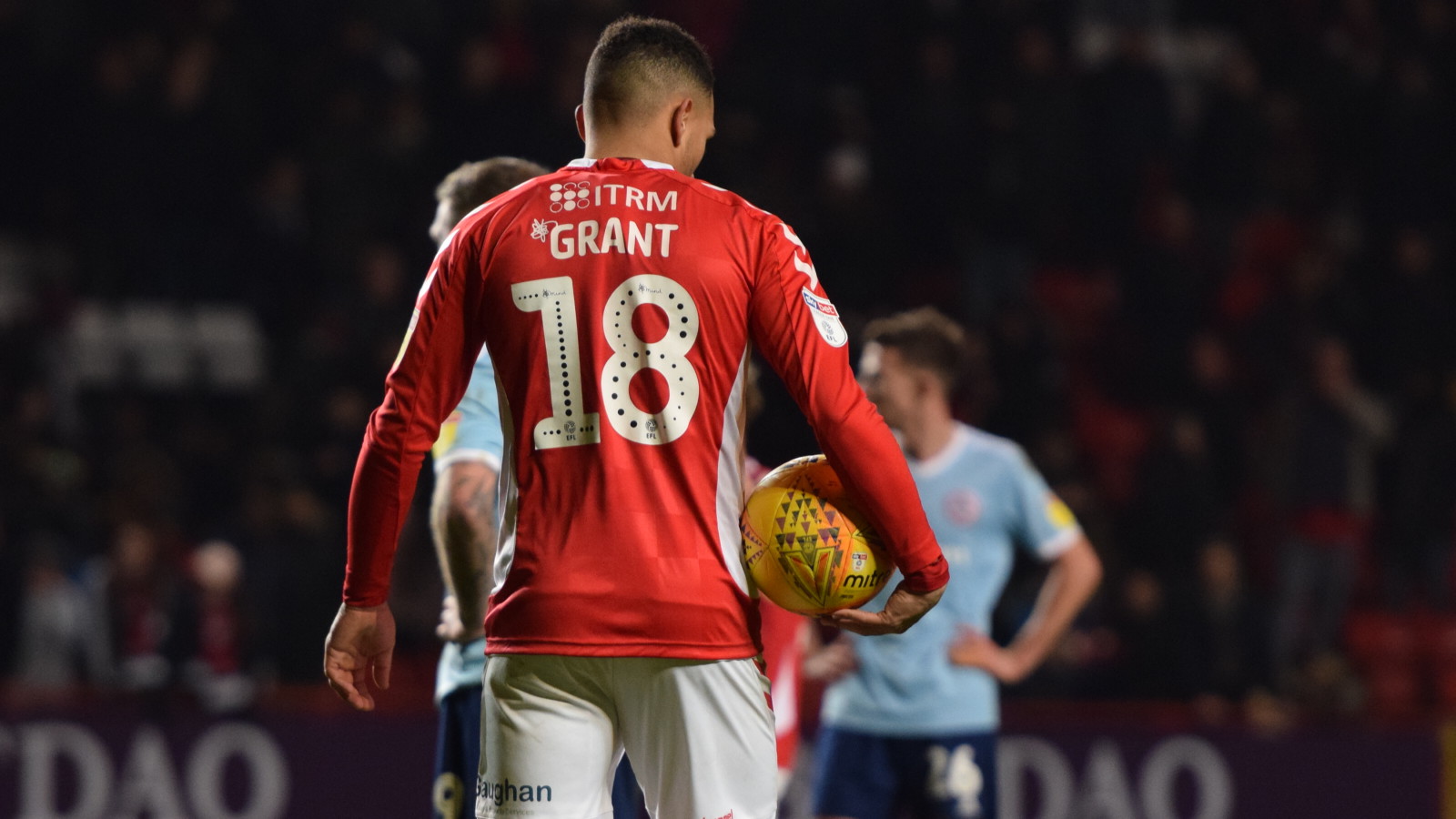 An elated Karlan Grant insisted that he was fully confident when he stepped up to the penalty spot to earn the Addicks all three points in dramatic fashion against Accrington Stanley on Saturday.

A frustrating game which saw missed chances and both teams reduced to 10 men in controversial fashion, ended with Will Wood handling Ben Reeves’ goalbound shot, leaving the referee no choice but to point to the spot.

And Charlton’s 21-year-old academy graduate held his nerve, bravely stepping up to dispatch his spot-kick to give his side a deserved victory and send the Valley faithful into raptures.

“Flipping hell! I don’t really know what to say,” he told cafc.co.uk shortly after full-time.

“One, it’s Lyle Taylor’s job to take the penalties, so the pressure was on me! But I always back myself. “Last week’s one [against Shrewsbury Town] was a bit different because the game was done and buried, but this one was make or break. We would either win it or take just a point, and we needed to win it because a couple of results went our way today. Luckily, I stood up to it and I scored.

“It was the last minute of the game and there were some nerves running through me,” continued Grant.

“I felt like I was bouncing the ball for five minutes waiting to take it, but we dug deep throughout the whole game. It wasn’t the best of performances, but it gets like that sometimes and we kept going and got the reward with the three points.”

The in-form striker, who now has 14 League One goals to his name this term, enjoyed his moment with the fans when he struck the winner and believes that it shows the togetherness that is running through the club at the moment.

“It shows that we just keep going,” he said.

“The fans saw that and a last-minute goal is always going to be a special one. They were always going to make it difficult for us, so we knew it was going to be a fight of a game and we had to keep going which we did. Our fans were behind us for the whole game and at the end, one of them nearly squeezed me to death! He might have given me some broken ribs, but hey, it was a great game!

“We’ve got a good squad and on our day, we feel we can beat anyone,” added Grant.

“I don’t think we were at our best, if I’m honest, but we kept going and got the three points.”

Get your Football For A Fiver tickets for our home game against Blackpool on February 16th.