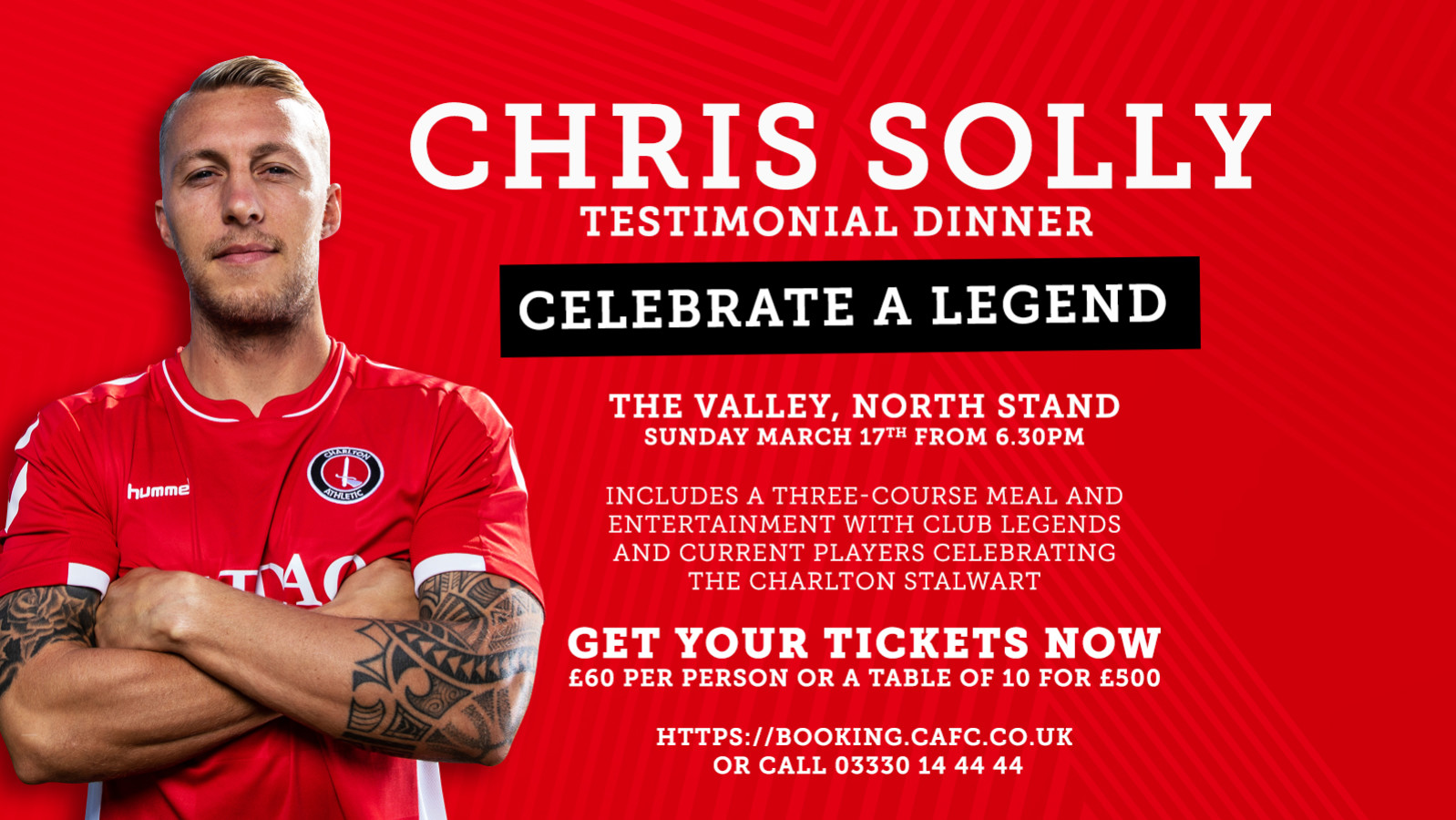 Supporters can celebrate the career of Charlton legend Chris Solly by joining him and a number of special guests at his testimonial dinner on Sunday, March 17th.

On what is set to be a celebratory evening at The Valley, Solly will be joined by other Addicks greats as well as a number of current first-team stars.

Those in attendance will be treated to a three-course meal in SE7 and will have ample opportunities to speak with the man himself and all of his guests and teammates.

The club captain – now in his tenth season as a senior Addick – has made almost 300 appearances in the red of Charlton since making his debut in May 2009.

Though his goals have been few and far between, the one-club man has treated fans to some incredible moments during the last decade.

Solly was an integral part of the squad that stormed to the League One title in recording-breaking fashion in 2011/12, with his own performances during that season resulting in him being named as Addicks supporters’ Player of the Season.

He scooped the same award the following year, a campaign that also saw him notch the second of his three senior goals; a stunner in a 2-0 win against Blackpool.

Solly now, of course, regularly wears the first-team’s captain’s armband and earlier this season he grabbed arguably his best goal to date when he volleyed home in the 98th minute to earn Charlton a dramatic point at Luton Town.

What are your best Chris Solly memories? The full-back is set to star in matchday programme Valley Review later this season and – when he does – he’ll be answering fans’ questions. Email yours to website@cafc.co.uk