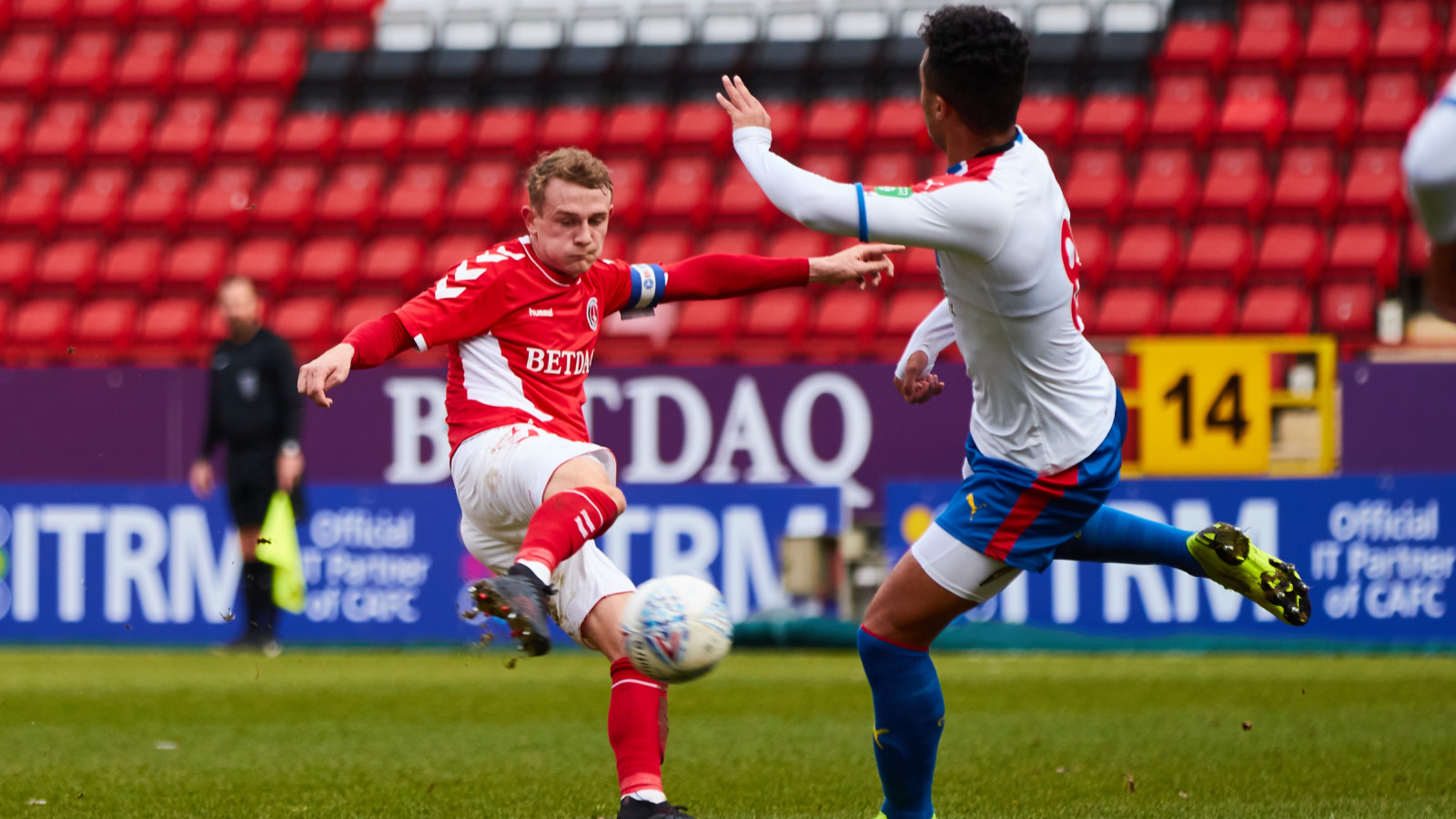 Taylor Maloney’s free-kick, an own goal and a tap-in from Tariqe Fosu saw Charlton’s U23s earn three points against Crystal Palace at The Valley on Tuesday afternoon.

Jason Euell named an experienced side that included six first teamers and Maloney’s low strike broke the deadlock on 28 minutes.

Palace levelled through Kian Flanagan’s deflected free-kick but an own goal from Nikola Tavares on 64 minutes put the Addicks back in front before Fosu sealed the result with the final kick of the match.

Charlton rattled the crossbar on 17 minutes when Fosu hit a free-kick against the frame of the goal from 20 yards and the Addicks came close again five minutes later.

Jamie Mascoll broke forward and saw his deflected strike well parried by Palace stopper Dion-Curtis Henry and Lapslie could not bury the rebound from a tight angle.

The Addicks grabbed the lead on 28 minutes. After Palace failed to clear a Marshall corner, the ball eventually came out to Maloney on the edge of the box and he drilled a powerful, low strike into the corner of the net.

Palace levelled six minutes into the second half. Kian Flanagan aimed a free-kick at goal and, after taking a deflection, his effort flew into the bottom corner.

The Addicks regained their lead on 64 minutes. Fosu broke forward and looked for the run of substitute Mikhail Kennedy, his pass was blocked by Palace defender Tavares but the touch wrong-footed goalkeeper Henry and trickled into the net.