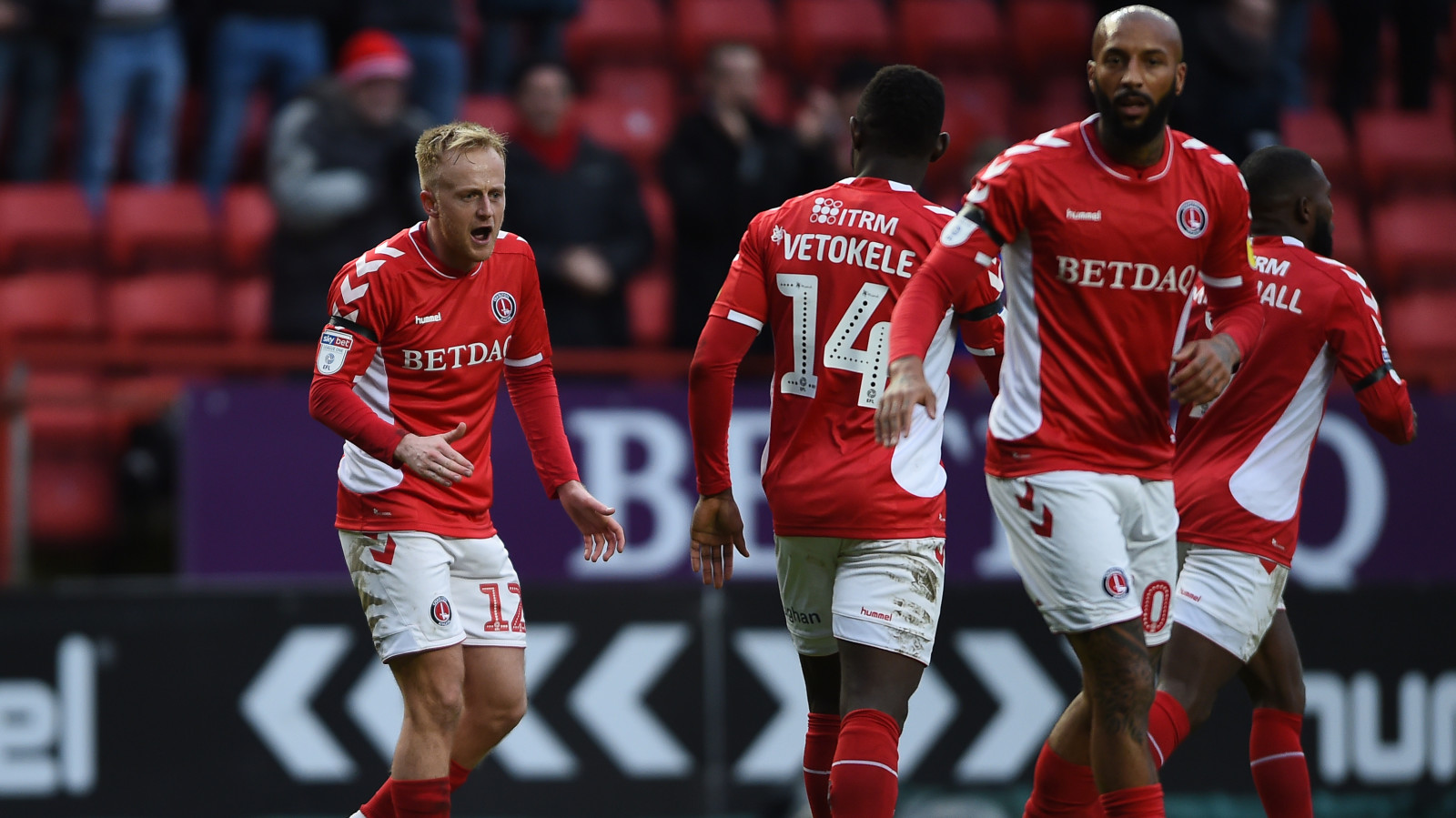 Saturday’s game against Blackpool at The Valley sees the club’s annual Football For A Fiver ticket initiative return to SE7.

Seats for the match are priced at just £5 each anywhere inside The Valley and tickets can be purchased by visiting The Valley in person, by phone or online by clicking here.

Ahead of the game, cafc.co.uk will be using the Valley Pass archive to look back on things in groups of five and, first up, we pick out five exciting home games from this season…

Charlton kicked off their 2018/19 home campaign in dramatic fashion. A goal from Lyle Taylor put the Addicks a goal up against last season’s play-off rivals. Lenell John-Lewis then looked to have earned a point for Shrewsbury in the 83rd minute with his strike, before Karlan Grant sealed the win in stoppage time to send the home fans into delirium.

Charlton slipped a goal behind early on through a Graham Carey goal inside the opening 10 minutes. The Addicks were only behind for three minutes, though, as Karlan Grant was on hand to draw Lee Bowyer’s men level from close range.

The game looked to be heading for a draw, with Lyle Taylor having seen a penalty saved, but Karlan Grant stole the show late again by firing home from an Igor Vetokele knock-down to seal the three points and a fourth consecutive win for Charlton.

Charlton went into the game as the bookmakers’ underdogs but shocked the odds by recording a comfortable victory over The Tykes when they clashed in October.

Karlan Grant helped himself to a goal on eight minutes, a fine strike into the net via the far post. Charlton then saw out the first half, suppressing the away side. The lead was doubled shortly after the restart with Grant on hand once more to lift his tally to seven goals for the season so far when he poked home from Lyle Taylor’s low cross.

The second south London derby of 2018/19 against The Dons was an enthralling contest. Charlton went a man down inside 60 seconds when Naby Sarr was sent off for a challenge. It became a 10 vs 10 on 33 minutes when Mitchell Pinnock was given a second yellow for simulation.

Wimbledon sat back and bogged Charlton down for much of the first half. A moment of brilliance from former Wombles striker Lyle Taylor provided the breakthrough on 60 minutes when his determination saw him pressure the backline and slot home.

Mark Marshall then put the result beyond doubt four minutes from time when he came off the bench to make it 2-0 to Charlton under the lights.

Charlton were cheered on by a crowd of 16,317 as they came from behind to earn a point against fellow promotion chasers Sunderland.

It was a nightmare start for the Addicks when they found themselves a goal behind after only 120 seconds, following Luke O’ Nien’s strike.

But the fans never stopped their support for the Addicks and their encouragement was met with some well-crafted luck. Charlton continued to press and managed to find the net in the second half in rather strange circumstances when Reece James turned Lyle Taylor’s cross into his own goal.

Charlton pushed for a winner after that but couldn’t get that all-important second goal. Nonetheless, it was a decent result and a good day in SE7.