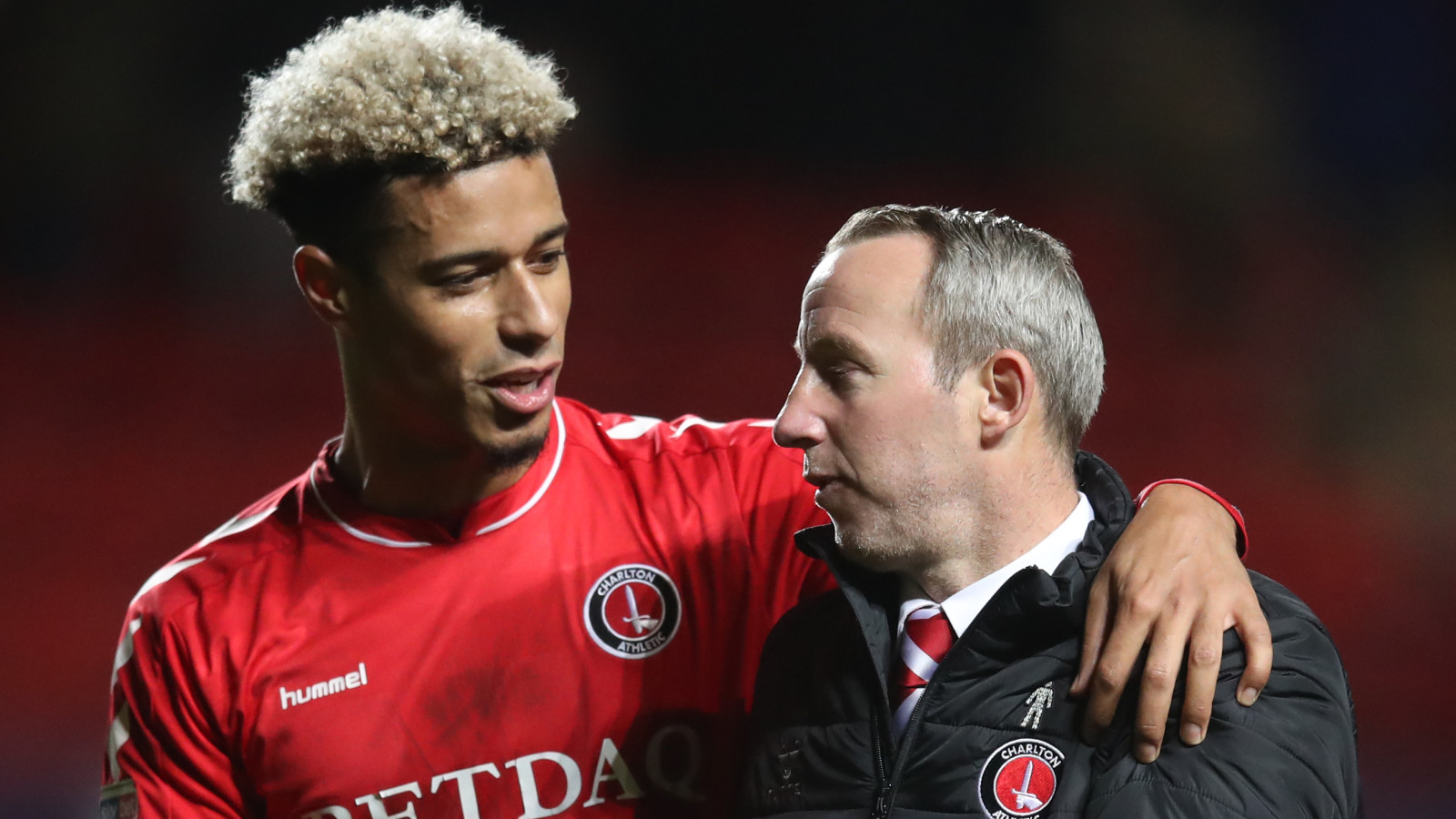 Lyle Taylor is raring to go after returning from his suspension.

The striker, who has 15 goals in all competitions this season for the Addicks, has missed the last three fixtures due to the red card he picked up against Accrington Stanley last month.

Charlton have been frustrated in those games – picking up two points from a possible nine – and Taylor shares that feeling with everyone.

“The results haven’t been favourable and it’s made it a little bit harder to sit back and watch what has been going on,” he said.

“I know that we can and we will be better. We’re still the same group of players that has taken teams apart. So, let’s get back to that, let’s have a bit of fun, take the pressure off and forget what happened at the weekend because we can’t do anything about it now.

“We just have to focus on Saturday’s game [against Blackpool].”

Taylor is looking forward to making an immediate impact on his return and expects that, with a few more faces returning, they can get Charlton back on track.

He said: “I have to take responsibility for what’s happened and do my best now that I’m back to drive the team on. With a few of us back who haven’t been available, hopefully we’re able to pick up better results.”

Following the departure of Karlan Grant and the arrival and return of Josh Parker and Igor Vetokele respectively, Taylor sees no reason why Charlton can’t regain their potency in front of goal.

He said: “It’s going to be different, but nobody ever said different was bad, so let’s hope that the partnerships between now and the end of the season can yield as many goals as the partnership before. There are different faces but I don’t see why we can’t do the same job.”

Taylor is now focusing on Saturday’s clash against Blackpool and is calling on the squad and supporters to stick together.

He said: “Hopefully we can start well in the next game and get the fans all on our side and it’ll make for a really good atmosphere and hopefully we’ll get the three points.

“Keeping the spirit as we continue to be in touching distance of the top two is so important. Yeah, results haven’t gone the way we wanted them to go but we now have to do everything we can to put it right and gain the points that we need.”