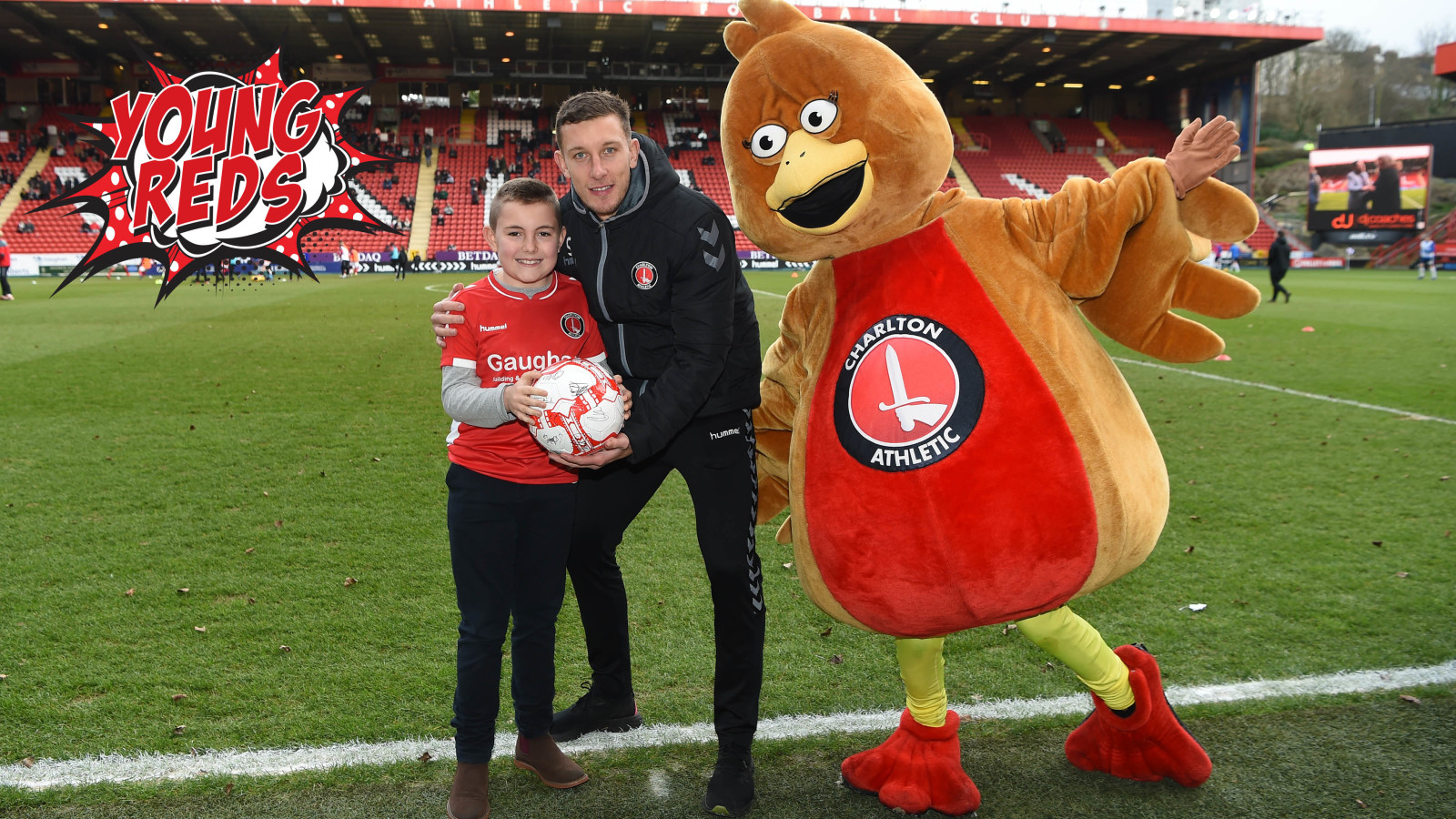 The accolade – which will now be awarded at every home game – rewards junior Addicks fans for showing great support for the team.

At the weekend, ahead of kick-off against Southend United, Mitchell was presented with a signed football by Charlton captain Jason Pearce and we have asked the 11-year-old for his Charlton memories…

Why I became a Charlton fan: Because my mum, dad & grandad have supported Charlton since they were children.

My first game at The Valley was: My first game was on Tuesday, October 1st 2013 when I was 5. We drew 1-1 with Nottingham Forest.

My first away day with Charlton was: April 2017 against Peterborough, we lost 2-0 but I had a great day.

My favourite Charlton game has been: At home to Sunderland this season, the atmosphere was amazing and we played SO well.

My favourite Charlton player is: Josh Cullen because he is so competitive and his set-piece delivery is the best since Ricky left! I can’t forget the mighty Lyle Taylor either – what a legend.

My favourite Charlton kit is: This season’s home kit.

The best part of being a Charlton fan is: I love Lee & Johnnie’s passion for the club and the excitement of climbing the stairs to the West Upper. The excitement this year is immense – will we go up?!

Charlton’s Player of the Season will be: Lyle Taylor or Krystian Bielik, both awesome players and fan favourites.

If Charlton could sign any player in the world, who would you buy? I would love to sign Virgil Van Dijk. He makes defending look so simple!