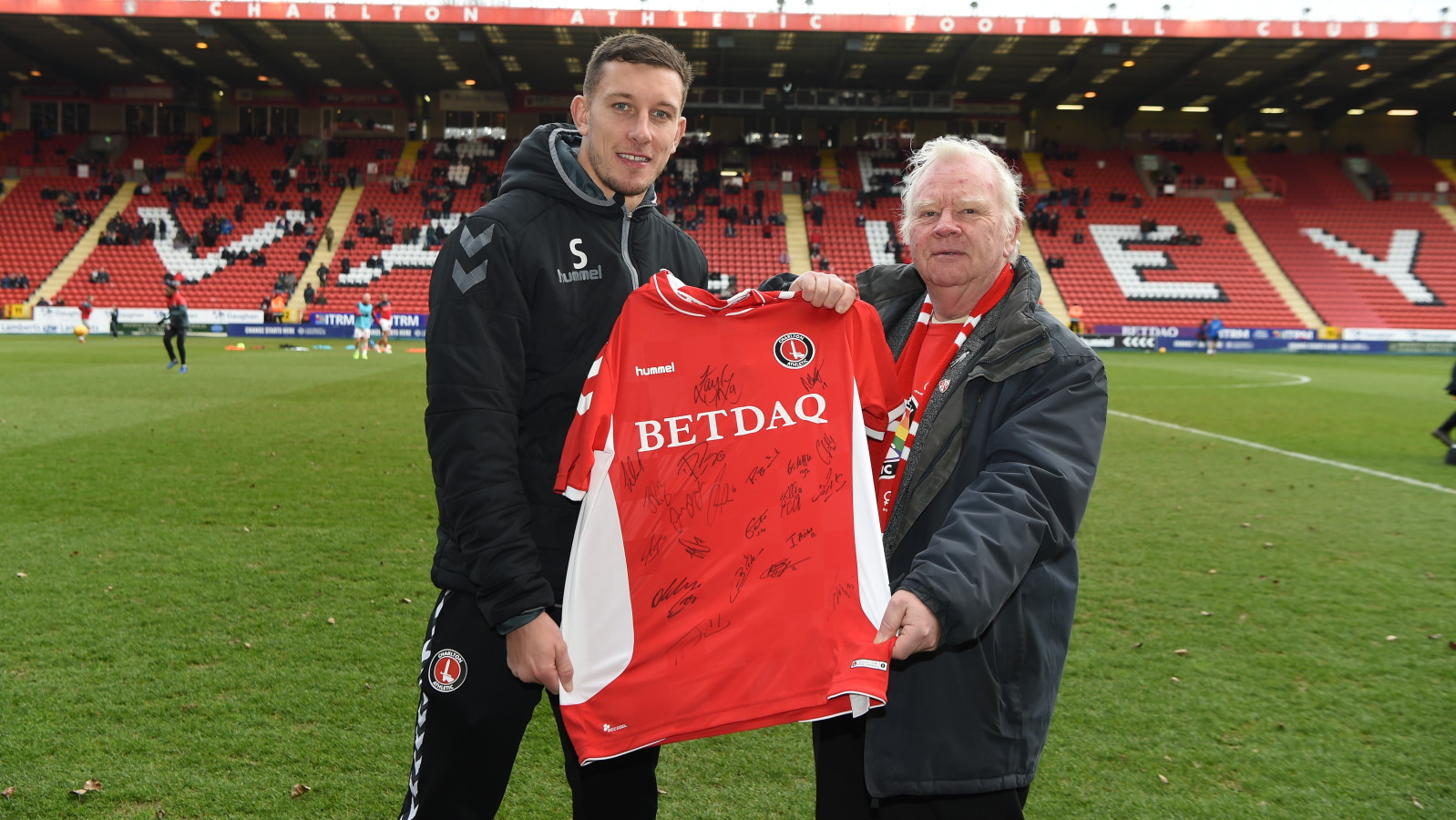 This season, BETDAQ launched the #PrideOfTheValley to reward die-hard Charlton fans. Each home league game, a fan is selected to win the reward and the individual is presented with a signed shirt on the pitch.

Saturday’s matchday was dedicated to Football v Homophobia so this week we asked the club’s LGBTQI+ fan group, the Proud Valiants, to nominate a member for the award.

They selected Ray Comley, who has been coming to The Valley since 1959. We asked him for some of his Charlton memories.

Why I became a Charlton fan: Following my first ever match October 3rd 1959, our youth team beat Southend 7-1 and I saw the massive ground I was hooked. My brother took me to my first games and it just got in the blood.

My first first-team game at The Valley was: A 2-2 draw with Rotherham United in November 1959 but I don’t remember much about it. I can’t blame alcohol as I was only nine years old!

My first three away games were: At Luton, as I was ‘living’about five miles from the ground. The first one in 1961, we lost 4-1, and I recall the area around one of the corner flags was a swimming pool. The second was February 10th 1962, when we were rock bottom of Division Two and there was an interview on the radio where I think it was our Manager said we had to get something from this game. I think a 6-1 win was more than he expected and a nice hat-trick by Daisy Edwards was very welcome. I thoroughly enjoyed my walk to the town centre afterwards and telling the home supporters the score. The next year we lost 4-1 again but we beat Walsall to send them and Luton down and keep us up.

On May 25th 1998 I was: In the heat at Wembley; what a day, unbelievable Jeff! I used to love away games at Sunderland and Newcastle for many seasons after that as the home fans would either say "well someone had to win" or "thanks for doing the Mackems for us". You can guess which is which.

My favourite Charlton game (not including the play-off final) is: Apart from that one and the 6-1 at Luton, there was a 4-3 win at Newcastle after having been 3-0 down after 30 minutes. But I have to go for the win against Portsmouth as we returned "home" after Sellout and Upton Parks. I joined the organised walk from Woolwich to The Valley and then found the usual pubs chock-a-block but that didn't stop me. The atmosphere in the ground was electric before, during and after the game.

My favourite Charlton player: As a kid, I wanted to be the next Mike Bailey since when we have had characters like Charlie Wright, Killer Hales and Flash (Flannagan), the aforementioned Super Clive Mendonca but I will choose Chris Powell.

My favourite kit is: Perhaps boringly the plain red shirt before sponsorship. I have a replica shirt from our cup-winning time and wear it for cup runs now, so it obviously looks quite new.

The best part of being a Charlton fan is: The time and effort put in by us fans to get back to The Valley in the 90s produced not only the desired return "home" but brought about a great togetherness with the feeling that it was "OUR" club, and that is still there.

The Charlton player of the season will be: Lyle Taylor.