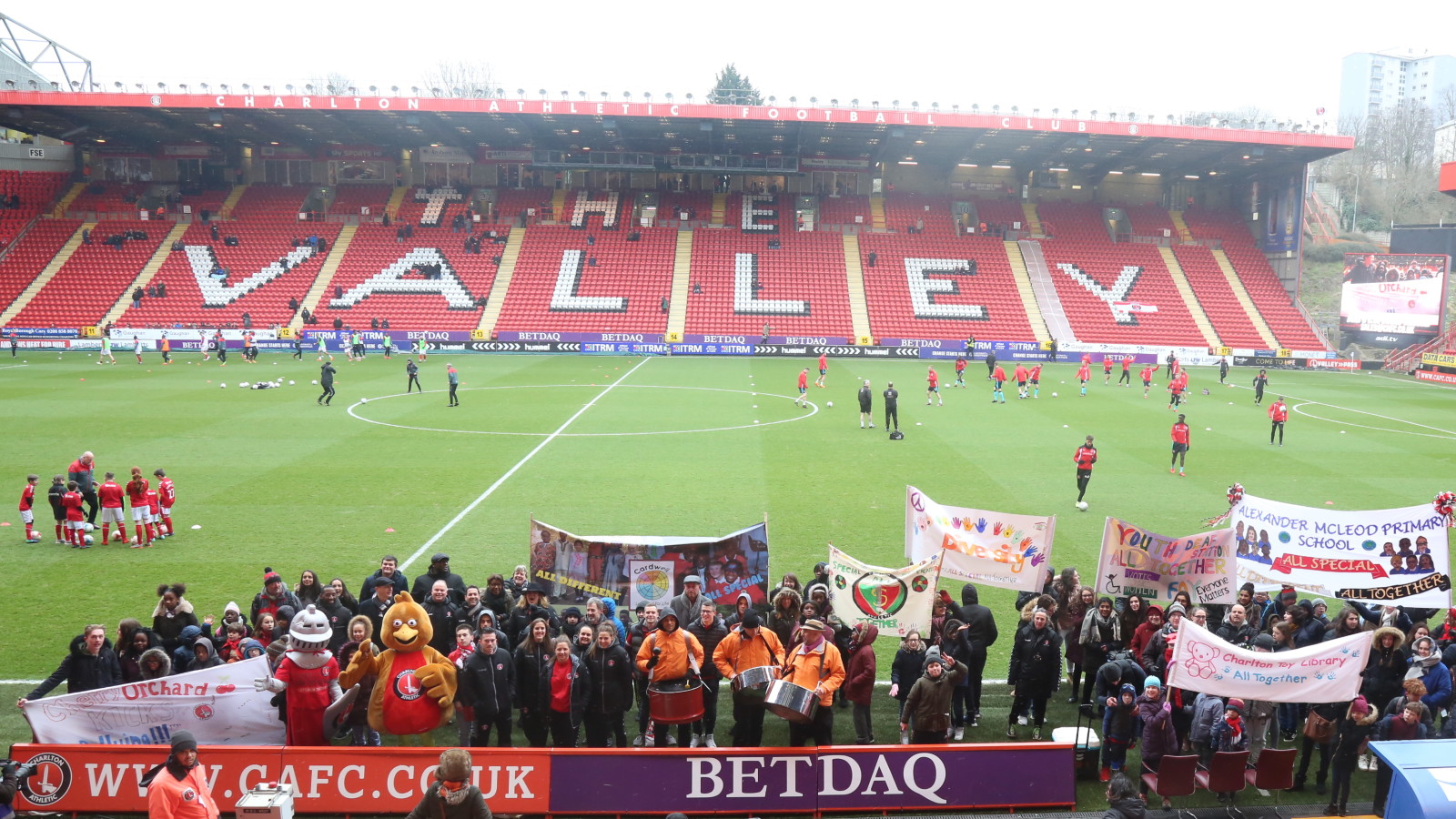 Charlton legends Carl Leaburn and Paul Mortimer will join the Mayor of Greenwich to lead a parade around the pitch as part of Saturday’s Red, White and Black Day celebration

Charlton Athletic’s annual Red, White and Black Day will this year include up to 100 members of the Charlton family parading around the pitch celebrating diversity.

The parade will take place on March 9th ahead of the Addicks’ home against Portsmouth and will include former players Carl Leaburn and Paul Mortimer, the Mayor of Greenwich, Cllr Christine May, local school children, Charlton teams and various community groups.

Red, White and Black Day is an initiative of the Charlton Athletic Race & Equality Partnership (CARE) which has been running for more than 25 years.

This year’s event tagline is “All Different, All Special, All Together” and in the run-up to the event the club and Charlton Athletic Community Trust (CACT) have been running a poetry competition on diversity with local schoolchildren. The winning poets got to visit the Charlton Athletic Training Ground and read their poems to Charlton manager Lee Bowyer, assistant manager Johnnie Jackson and first-team player Josh Parker.

A video will be broadcast on the big screen at The Valley at the match showing the winning poems being read by pupils and a number of groups from across the Charlton family.

Charlton Athletic Player Liaison Officer Tracey Leaburn, who helped organise the day and judge the poetry competition, said: “Red, White and Black Day is something all the Charlton family can be very proud of. For more than 25 years everyone has been coming together to celebrate diversity and we’re so pleased to have local schoolchildren once again involved. I was very impressed with the quality of the poems and it will be an honour to walk alongside those that took part in next Saturday’s parade at The Valley.”

CACT Head of Equality, Diversity and Inclusion, Michael Seeraj, said: “This year we are delighted to bring together the wide range of different groups we work with, alongside Carl, Paul and the Mayor of Greenwich. The response from all the groups has been incredible, and a great example of how diversity and inclusion can deliver such positive outcomes for the local community”

A full list of organisations involved in the parade can be found below: