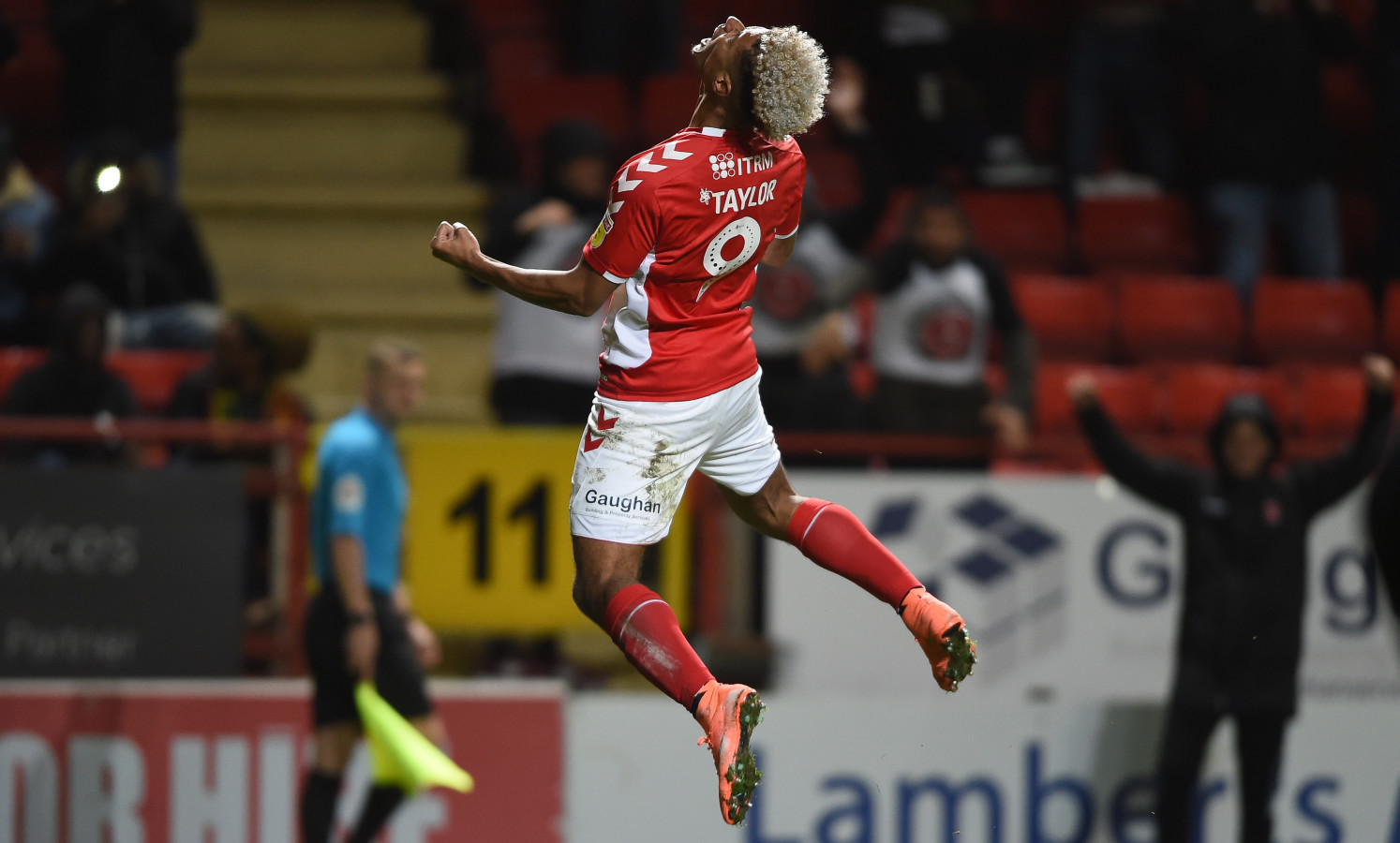 Lee Bowyer, serving the second of a three-game touchline ban, had to watch from the stands but joined his team on the pitch at the end of the game as the Charlton faithful celebrated with their team.

The Addicks controlled the game through a sublime midfield performance with Joe Aribo and Lyle Taylor scoring either side of half-time to earn Charlton a big three points at The Valley on a day when Barnsley were the only other top-half side in the division to win.

Aribo dazzled in front of the cameras, while Krystian Bielik put in a fantastic first-half performance before a hamstring injury saw him substituted at half-time.

The Addicks had 17 shots at goal compared to the visitors nine and in truth the result flattered Portsmouth despite some late scares for a brave Charlton defence.

Bowyer made just one change from the side that drew with Doncaster Rovers last weekend with Anfernee Dijksteel, who impressed when the Addicks beat Portsmouth in December, coming in for Chris Solly at right back, meaning the towering Patrick Bauer took the captain’s armband.

Charlton absolutely dominated the first half, playing some lovely sweeping football and were so unfortunate to go into the break level at 1-1.

The Addicks started well and looked like they had taken the lead after Jonny Williams and Aribo linked up well down the left. Williams driven cross came to Cullen inside the six-yard box who looked like he’d scored but his shot hit teammate Igor Vetokele on the line, on the back to cruelly prevent the Charlton midfielder from opening his Addicks account.

Aribo couldn’t quite control a header from a corner and Taylor first hit over and then at goalkeeper Macgillivray from distance with the Addicks in full control.

The deserved goal did come and it was Biellik, a man-mountain in the first half, who started the move. He found Purrington who played it to Cullen. The midfielder’s cross from deep came to Aribo who swivelled skilfully onto his preferred left foot and drove into the bottom corner.

The visitors got back into the game on the stroke of half-time as Ronan Curtis headed home from a corner from Pompey’s first attack of the game meaning they went in level at half-time.

Bielik picked up a hamstring injury just before the Addicks goal and had to be replaced by Ben Reeves at half-time with Cullen moving to defensive midfield. Charlton didn’t lose anything with the Arsenal loanee going off though as Cullen was as good in that role in the second half as Bielik had been in the first.

The visitors’ had a goal correctly ruled out for offside to start the second half when Curtis tapped in with no-one around him and shortly afterwards the Addicks regain the lead through Taylor.

Aribo’s cross from the left found Reeves who couldn’t quite get a shot off but poked it to Taylor who himself poked into an unguarded Pompey net for his 16th goal of the season.

Curtis forced a save from Phillips but again Charlton controlled the second half. Tariqe Fosu saw a shot from the left go wide and Bauer had a header well saved from a Taylor knock-down.

As the minutes ticked by the visitors began picking up momentum and Jamal Lowe’s effort from the left in the 82nd minute went just past Phillips’ post.

Taylor headed over from a late Purrington cross and the Addicks were able to see out the game to ensure a crucial three points in part thanks to a fabulous, body-on-the-line, captain’s block from Bauer.