Bowyer: "We played well today. It's fair to say we deserved that" 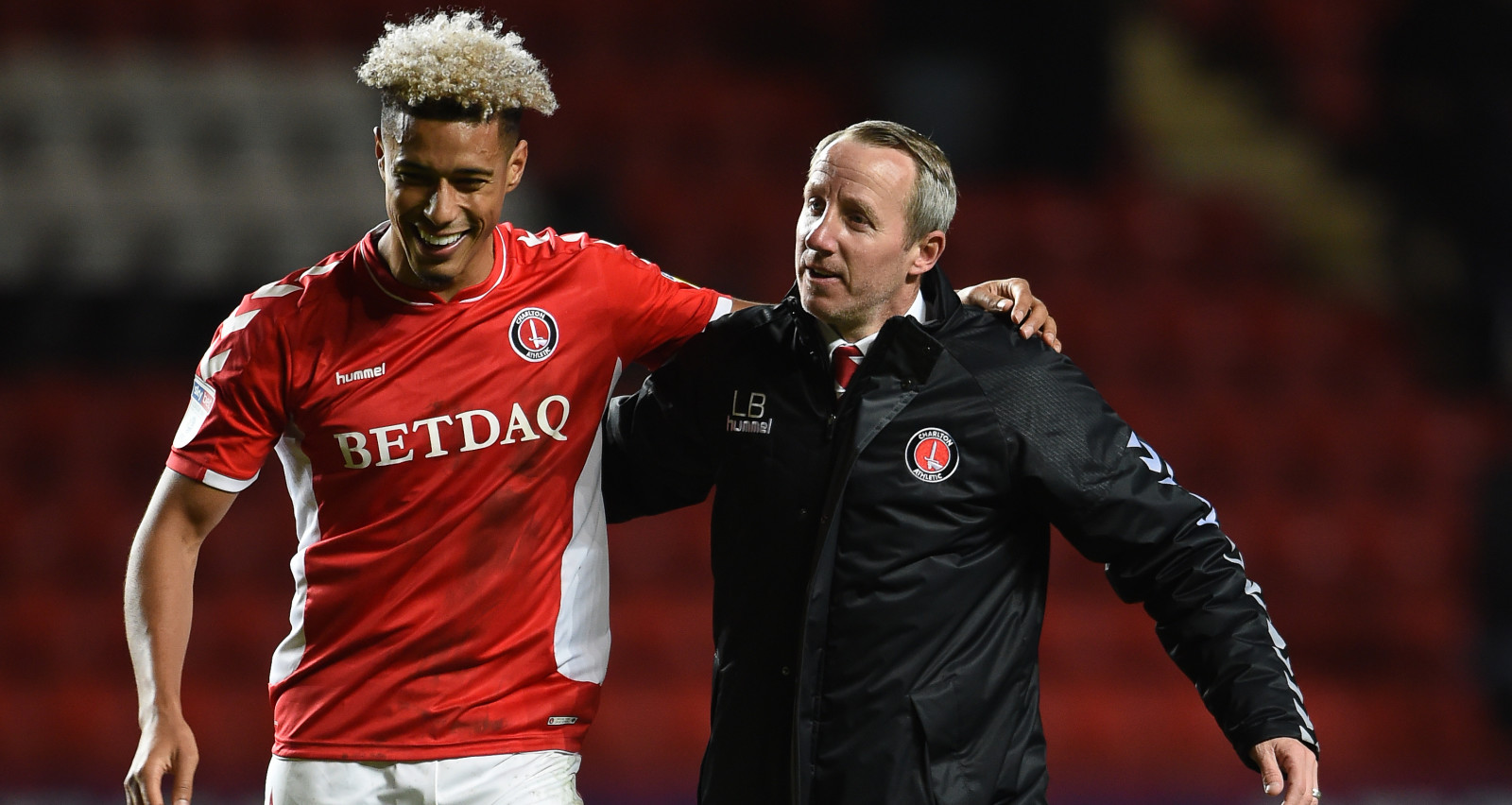 Charlton boss Lee Bowyer was pleased with the football his team played as the Addicks extended their unbeaten run at The Valley to 12 games.

Joe Aribo and Lyle Taylor scored either side of half-time as Charlton earned a crucial three points against play-off rivals Portsmouth with a 2-1 win.

Bowyer, serving the second of a three-game touchline ban, had to watch from the stands but joined his team on the pitch at the end of the game as the Charlton faithful celebrated with their team.

Speaking after the game Bowyer said: “It’s fair to say we say we deserved the game and we should have won by more. Josh Cullen had a chance early on in the first half, which hit Igor (Vetokele) on the back but that’s what’s been happening with us recently. We’ve been getting draws because of things like that. Thankfully, the most important this is we got the three points and I thought we probably deserved it. We played well today.”

Charlton controlled the first half but went into half-time at 1-1 after Ronan Curtis levelled just before the half-time whistle with Portsmouth’s first chance of the game.

Bowyer explained what he said to his team at half-time: “I just said ‘I want more’, I know what they are capable of. I know our fitness is a lot different to everyone else. We keep going and fighting to the end.

“I said ‘Look, they are going to come at us again’. They’re a good side, they’re a physical side. I thought we stood up and were all men today. We competed, like I said we had to. When we won the ball we did what we’re good at and we moved it quickly and I thought they found it difficult.”

Charlton and Barnsley were the only two teams in the top-half of the table to win in the division but Bowyer still thinks automatic promotion may now be out of reach. He said: “I think it’s for the top two to lose really, I’m a realist but our job will be to keep going and keep winning games and in two-three weeks you never know where you are and who has done what. The game is crazy at times. The results today – no-one would have predicted those results today. For us, we just keep working hard and see where we end up at the end of the season. Our objective is to get promotion, however we do it, that is up to others.”