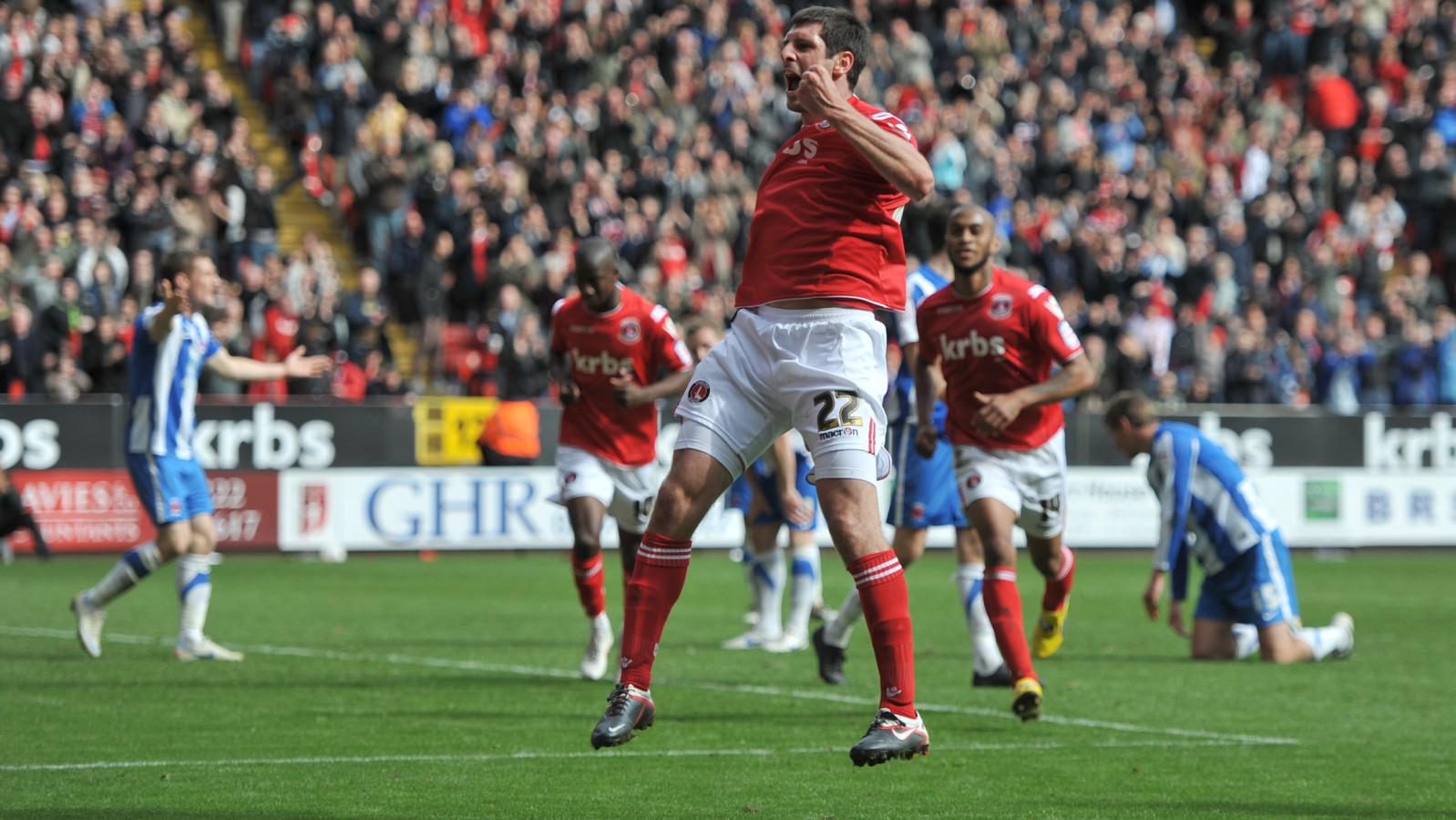 With many familiar faces from Charlton’s 2011/12 title-winning campaign returning to The Valley for Chris Solly’s testimonial meal on Sunday, we take a look back at some of the great games from that season in preparation for the big night….

Tickets for Solly's meal will be on sale until midnight on Tuesday, March 12th. Purchase yours online by clicking here.

On the opening game of the season, Charlton laid down an early marker by cruising to victory over AFC Bournemouth in front of a home crowd of 16,111. Dale Stephens opened the scoring for the Addicks with his first goal for the club, having joined from Oldham in that summer.

Things only got better from there as, on 50 minutes, Scott Wagstaff unleashed an unstoppable volley past Darryl Flahavan into the Bournemouth net. Victory was sealed when Johnnie Jackson slotted home a penalty 13 minutes from time to secure agreat start to what would be an incredible campaign.

A brace from Danny Hollands and a goal from Rhoys Wiggins secured three points on the road for Charlton in a thrilling five-goal encounter.

Hollands broke the deadlock on 20 minutes when he met Johnnie Jackson’s out swinging cross to give the Addicks the advantage. Charlton doubled their lead when the ball dropped for full-back Rhoys Wiggins inside the 18 yard box for him to coolly slot home.

After the interval it was Rochdale’s turn to get on the scoresheet. Ashley Grimes’ outrageous header from the edge of the box gave Dale a foothold back into the game before David Ball stabbed home the leveller from inside the area.

With 10 minutes left on the clock it was Hollands who nodded home his second and the eventual winner for travelling Charlton when he headed Jackson’ss corner down and into the net.

A double from skipper Johnnie Jackson helped heap misery on Preston as we slotted five goals past the Lilywhites.

The first goal came within the opening 20 minutes of the game when Andreas Arestidou could only parry Danny Green’s venomous strike into the path of the advancing Jackson, who slammed home the rebound.

The second goal came eight minutes later when Preston failed to clear their lines, allowing centre-half Michael Morrison to slam home from close range. Things went from bad to worse for Arestidou after he upended Yann Kermorgant, allowing Jackson to get his second and Charlton’s third from the spot. Charlton weren’t done there as Bradley Wright Phillips headed home the fourth goal just before the break.

After the restart it was Danny Hollands who put the game beyond all doubt, his fine diving header giving Charlton a five-goal cushion. Preston did find goals in the latter stages of the affair with Craig Morgan getting on the scoresheet before Keammar Daley’s improvised strike, but it was too little too late as the damage had already been done to ensure Preston left the capital empty handed.

The Addicks’ dramatic adventure to the west country ended with them banking another set of three points in their quest to win the League One title.

Yeovil raced into an early lead through Jonathan Obika, his unstoppable overhead effort providing the breakthrough. Danny Hollands was on hand to head home the equaliser from a corner eight minutes later, however.

After half-time, Paul Huntington was on hand to peg Charlton back a second time, his height allowing him to glance home on 50 minutes. Once again. Charlton equalised. This time it was Yann Kermorgant who rifled a wonderful 25-yard free-kick into the back of the net. Charlton weren’t finished there and in injury time Charlton stole all three points. Danny Green’s strike on 91 minutes ensured Charlton kept up the chase on the title.

With promotion and the title firmly in their grasp, Charlton were looking to finish the season in style. However, they would have to work for their victory as Peter Hartley put the visitors in the lead following a corner.

Charlton weren’t about to let that ruin their big day, however, and Danny Hollands was on hand to smash home the equaliser from Rhoys Wiggins’ corner. Fast forward six minutes and Danny Haynes popped up to put the Addicks ahead with a bullet header that lifted the roof off The Valley.

With nine minutes remaining, along came an iconic goal from that season. Yann Kermorgant’s strike from an incredibly tight angle sealing the deal for Charlton and helping them to top the points record.

Hartlepool did get a goal back through Gary Liddle, but the Addicks held firm to stop any chance of the visitors raining on their parade.

This capped off a momentous season, which we are sure you will hear many stories about on the night of Solly’s dinner…